Entrepreneurship for a Better Egypt 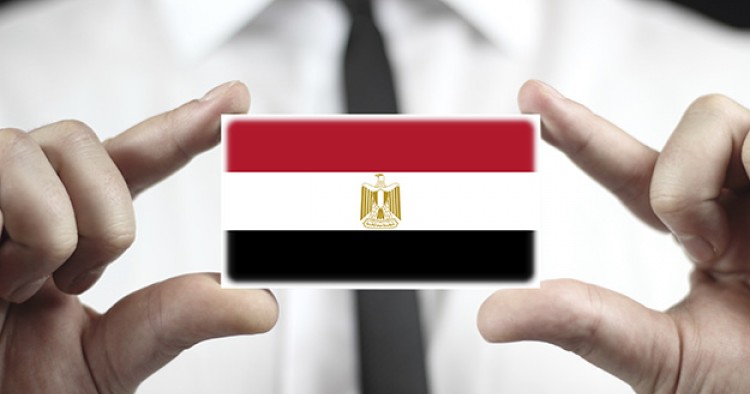 Like the rest of the Arab world, Egypt is witnessing a “youth bulge,” or a population dominated by young people. While such a demographic profile can be utilized to foster growth, the country’s socioeconomic and political situation is turning it into a burden, specifically when juxtaposed with its inability to provide the jobs required for Egypt’s youth to transition into a healthy phase of adulthood. Unemployment in Egypt is estimated at 13 percent among the general population[1] and 23 percent among those aged 15-24.[2] The recent uprisings and demands for reform have been primarily led by middle class youth suffering from the country’s inequitable economic growth patterns.[3] The situation would seem to be grim. However, Egypt’s youth are taking a proactive role in advancing their future. Because the government and large companies have failed to generate the number of jobs required for the youth of Egypt, many young people have turned to starting their own businesses.

According to Silatech,[4] in 2010—even before the uprisings—26 percent of youth in the Arab world were planning to open their own business in the next 12 months, versus 4 percent in the United States. Although Egypt’s youth are not as optimistic as they were in 2010 and 2011, 63 percent of those surveyed believe that their best days are ahead of them.[5] According to Ahmed Alfi,[6] the CEO of Sawari Ventures who has invested over $5 million in developing Egypt’s start-up scene through Flat6Labs,[7] that optimism has only served to accelerate the willingness among youth to take the risk of starting their own businesses despite political instability.

With this rapidly growing start-up culture emerging, it is inevitable that entrepreneurship be supported as part of the solution to the challenge of youth economic empowerment in Egypt. While the entrepreneurship ecosystem is indeed being supported, reforms are still needed to ensure entrepreneurial success.

Literature on what is needed to support an increase in sustainable and scalable start-up enterprises references several weaknesses in Egypt’s entrepreneurship ecosystem. These weaknesses range from issues with existing legal frameworks to the availability and accessibility of financing options to problems with the educational system.

A cumbersome and complicated registration system had been a major barrier to entering the market and prevented already existing informal enterprises from formalizing.[10] While economic reforms introduced in 2004 dealt with issues of registration, contract enforcement and taxation remain barriers to entrepreneurial growth.[11] Doing business in Egypt also continues to be an easier endeavor for those who are well connected, decreasing the chances of the marginalized and those with minimal social capital from entering formal markets and exiting poverty. Yet even those who are well connected and affluent struggle to take their businesses to scale, as can be seen from the overall size of the Egyptian private sector, which remains far from its potential.

Access to capital has been another major barrier for entrepreneurs from different walks of life, especially youth. Major banks and financial institutions are biased in favor of larger and less risky constituencies of the market, with the accompanying strong belief that start-ups and existing small and medium enterprises (SMEs) are not bankable.[12] The introduction of the Social Fund for Development (SFD) in 1991 was an important step toward making small loans available to young people, but it has failed to create a booming SME sector. A dearth of financial literacy has prevented youth from utilizing opportunities like the SFD, given their lack of awareness and understanding of loaning schemes and the negligible risk associated with them.[13] Aside from the SFD, available financing options are mainly limited to a select segment of the population—those who are well-educated and English literate.

In addition, up until recently, alternative non-banking financing mechanisms such as venture capital, private equity, and crowd funding have been absent from the Egyptian market. It has only been lately that such financing options have emerged; these include entities such as Sawari Ventures,[14] Vodafone Ventures,[15] Ideavelopers,[16] the Cairo Angel Investors,[17] Delta Shield,[18] Ahead of the Curve,[19] and Shekra.[20] Most of these alternative financing options are primarily focused on tech-based entrepreneurs.

Further, the Egyptian American Enterprise Fund (EAEF), though announced in President Obama’s 2011 Cairo speech, was not officially launched until March 2013. The EAEF commenced with $60 million from the U.S. government, with hopes of reaching $300 million in three years.[21] To date, the EAEF has yet to disperse loans or equity investments, and it remains unclear how the fund will strategically go about supporting start-ups and SMEs. Moreover, the amount of money pledged by the United States for this fund is minute compared to the needs required, and in the case of Egypt, it is miniscule in contrast to the amount of U.S. dollars invested in military aid. Nonetheless, if the fund takes off, it can play an important role in the ecosystem alongside the already existing local players.

A third principal barrier to fostering entrepreneurship in Egypt has been the country’s public educational system, namely the fact that it does not teach an entrepreneurial mindset, including risk taking and innovative thinking.[22] Youth are not equipped with basic entrepreneurial skills such as business development,[23] which is required for business expansion. Fortunately, the new equity financing options mentioned above were introduced with acceleration and incubation packages that provide start-up entrepreneurs with the needed business development and mentorship support services. Such an introduction to the ecosystem has significantly changed the landscape, as it leads entrepreneurs through the hardships of starting a business in Egypt. [24]

Also, some entrepreneurship education programs have been introduced to private universities such as the American University in Cairo (AUC)[25] and the British University in Egypt (BUE).[26] Injaz Egypt[27] has launched a unique program with the aim of raising awareness of entrepreneurship and entrepreneurial skills among young adults. More recently, Silatech and Microsoft Egypt have partnered to make basic entrepreneurial resources, such as business plan writing resources, available online through an English and Arabic portal.[28] Informal awareness and educational opportunities offered through seminars and networking events on the topic are also available[29] in urban centers like Cairo and Alexandria. Yet with the exception of Injaz and Microsoft/Silatech’s efforts, entrepreneurship education and awareness efforts are primarily accessible to well-educated and English literate individuals.

Current entrepreneurship initiatives are primarily focused on increasing the number of micro and small enterprises (MSEs), which already exist in abundance.[30] MSEs’ capacity to create jobs at scale is minimal; their average employment size in Egypt is 2.2 employees.[31] Fostering the growth of existing MSEs into larger-sized enterprises—that is, SMEs—is necessary to meet the country’s economic expansion and job creation needs. This will require changes in legal and regulatory frameworks, capacity building, access to technology, and risk capital.

Healthy entrepreneurial ecosystems that are conducive to growth usually focus on developing business clusters and enhancing industry-specific competencies.[32] While the current ecosystem is focusing its efforts on technology-based and enabled entrepreneurship, the strategy behind this focus is not clear. Technology entrepreneurs do not dominate the current MSE sector,[33] and the country’s manufacturing capacities are not aligned with the focus; for example, tech-enabled entrepreneurs often rely on foreign manufacturers. If enhancing national technology capacity will be the ecosystem’s direction, more effort needs to be exerted on upgrading this specific industry’s complete value chain, including manufacturing capabilities, educational advancement, and research and development. When expanding capacities of already-existing enterprises, strengthening the links between smaller enterprises and larger corporations within the country and across borders is also necessary.[34]

Finally, regardless of whether or not the ecosystem will focus on MSE or SME growth, more literature and attention needs to be paid to the equity of the current ecosystem. Enhancing efforts to reach out to public university students, Arabic speakers, and youth from across Egypt—not just Cairo—will be necessary to tap the country’s full potential.

Despite these limitations, one cannot dispute the fact that Egypt’s youth are starting businesses. The “start-up revolution” to which Christopher Schroeder, author of Startup Rising, refers cannot be denied,[35] and it is for this reason that the ecosystem required to sustain and develop this revolution should be the focus of policy makers, donors, the private sector, and civil society alike.

Co-author Salma El Sayeh is currently a specialist at Ahead of the Curve and is a lead researcher on a regionwide baseline study on the trends of responsible business practice and social entrepreneurship in the Arab world. Prior to joining ATC, El Sayeh worked with the American University in Cairo’s (AUC) Gerhart Center for Philanthropy and Civic Engagement on the promotion of corporate citizenship as well as youth citizenship across the Middle East through coordinating the provision of research, training, and technical assistance. She holds an MA in community psychology and a BA in psychology, both from AUC.

[4] Silatech is a dynamic social initiative that works to create jobs and expand economic opportunities for young people throughout the Arab world.

[7] Flat6Labs is a regional startup accelerator program that fosters and invests in bright and passionate entrepreneurs with cutting-edge ideas.

[9] Ghanem, “The Role of Micro and Small Enterprises.”

[11] Ghanem, “The Role of Micro and Small Enterprises.”

[13] Population Council, “Youth Perspectives on Entrepreneurship in Egypt: Barriers to Entrepreneurship as a Means to Combating Unemployment,” Survey of Young People in Egypt Policy Brief Series, SYPE Policy Brief No. 5, 2012. While a number of nonprofit organizations and donor agencies have focused on the issue of financial illiteracy, the kind of national campaign required to remove this obstacle has yet to emerge.

[21] This is according to James Harmon, Chairman of the Fund’s Board of Directors:  http://www.wamda.com/2013/05/egyptian-american-enterprise-fund-launches-to-support-egyptian-startups.

[27] INJAZ Egypt is an education organization that works to bridge the gap between the education system and the private sector. See http://www.injaz-egypt.org/.

[31] Ghanem, “The Role of Micro and Small Enterprises.”

[32] Ghanem, “The Role of Micro and Small Enterprises.”

[34] Ghanem, “The Role of Micro and Small Enterprises.”