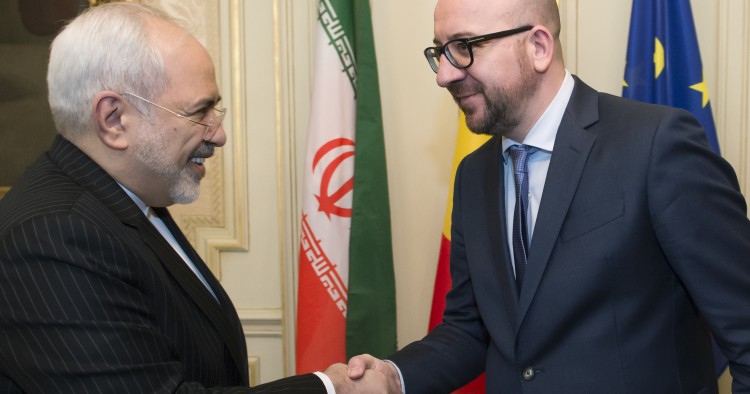 President Donald Trump’s decision to eliminate Iranian Gen. Qassem Soleimani, the head of the Islamic Revolutionary Guard Corps – Quds Force, might have caught his European partners by surprise, but it shouldn’t have. Key European decision makers have had enough time to learn and understand that the U.S. president makes unilateral decisions, paying no attention to their views or national interests. Throughout the ongoing crisis, Trump has called on European allies to sacrifice the Joint Comprehensive Plan of Action (JCPOA), as the Iran nuclear deal is officially known, and exert more diplomatic and economic pressure on Tehran — a call no one wants to heed. It is irrelevant which side is right; lack of transatlantic solidarity is a disservice to both American and European interests in the Middle East.

The Iranian case might be the best recent example of the growing divergence between the European Union and the United States. It began with Trump’s 2016 election promise to withdraw from the JCPOA and his promise to reinstate and extend sanctions against Iran. Unfortunately, at least from the European perspective, Trump followed through on both pledges and what was already a very limited cooperation with the Iranian regime was replaced by a policy of confrontation and “maximum pressure.” The decision has resulted in significant political and economic losses for European countries, especially for France, Italy, and Germany, which is why it comes as no surprise that their leaders have been exercising the utmost restraint during the latest U.S.-Iran crisis.

Instead of offering unconditional support for the U.S. administration, the EU has attempted to de-escalate the situation. Top officials, including Josep Borell, the EU’s high representative for foreign affairs and security policy, made no secret of their concerns after Soleimani’s death. Borell even went so far as to invite his Iranian counterpart, Foreign Minister Javad Zarif, to Brussels. The main reason for the invitation is to save the nuclear deal and discuss issues related to it, but the timing is very unfortunate. European Council President Charles Michel also underlined the significance of the JCPOA amid rising tensions. The day after Iran responded by firing missiles at Iraqi military bases housing U.S. troops, Michel said that he had talked to the Iranian president: “Just spoke with Hassan Rouhani about recent developments. JCPOA remains crucial for global security. I called Iran not to pose irreversible acts,” he tweeted.

Michel’s stance was reiterated by European foreign ministers during an emergency meeting in Brussels on Friday. In the official communique, the Council of the European Union called “for the preservation of the JCPOA as a key element of the global nuclear non-proliferation architecture” and urged Iran “to go back to full compliance with the JCPOA without delay.” Such statements only prove the EU’s diplomatic priority in the region: to save the deal, whatever happens, and for as long as possible. On Jan. 14, Britain, France, and Germany made a last-ditch attempt to save the agreement, triggering the JCPOA’s dispute mechanism to restart talks with Tehran — a move that could ultimately lead to the reimposition of UN sanctions — saying they were “left with no choice.”

Trump’s foreign policy adventures have deepened internal divisions within the EU, and last year’s U.S.-led Middle East conference in Warsaw was the first strong signal that he might try to take advantage of the situation. While “New Europe” — namely Central and Eastern European countries — tends to support U.S. foreign policy on most Middle East issues, Western European partners are at a minimum anxious, if not outright critical. Yet the U.S. president should not take New Europe’s support for granted. He should bear in mind its leaders still remember the price their countries had to pay to support the U.S. during and after the 2003 Iraq war.

So what happens next? EU officials are seemingly just waiting for the next U.S. presidential election. It is one of the major reasons why they hesitated to bury the JCPOA even when the Americans reinstated sanctions and Iranian authorities officially announced they would resume uranium enrichment. Yet they should bear in mind that even if Trump is not re-elected, he still has time to lead American foreign policy to a point where his potential successor will have very little room to maneuver. Should that be the case, even a change in the White House will not help the EU and its member states much. The best option would be for EU officials and other European leaders to try to identify convergent interests with the U.S. in the Middle East and do their best to focus on substance rather than wasting time commenting on Trump’s tweets. They could also try to bring Iranian and American diplomats to the negotiation table before another crisis arises — and before the Russians or the Chinese do it first.