The European Commission’s new president and the MENA region: Status quo or change? 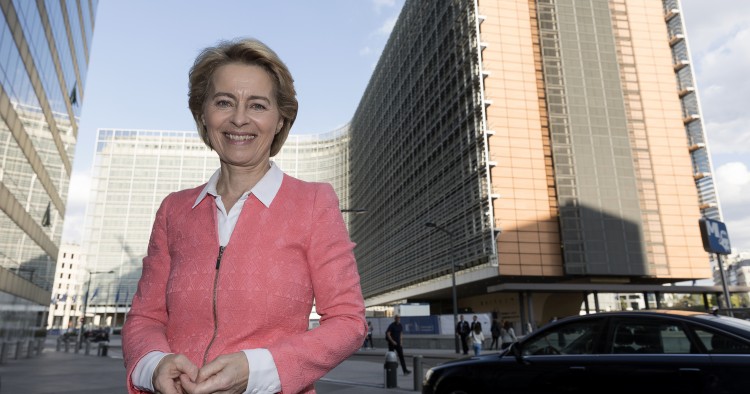 European Council President Charles Michel may have the most prestigious political post in the European Union, but the true power lies with the European Commission, the Union’s executive branch, whose president represents the EU abroad. Will the nomination of Ursula von der Leyen, the first woman to hold this post, affect relations between the EU and the Middle East in the years ahead?  For her part, von der Leyen has said she will focus mainly on such matters as an “ambitious climate agenda,” a fair social market economy, and safeguarding democratic values in Europe, but the president-elect will also have to address developments in the Middle East. This will not be new territory for her.

Undoubtedly, von der Leyen will also try to continue some of the policies of her predecessor, Jean-Claude Juncker, if possible. Juncker defended the JCPOA, openly criticized Assad and his allies, offered the EU’s support for post-war reconstruction in Syria, tried to maintain a neutral position in the Israeli-Palestinian conflict, and pushed back against anti-immigration movements within the Union.

As the German minister of defense, von der Leyen dealt with some important developments in the region, and she has strong contacts in Israel.  In addition, as the minister of defense she enabled rabbis and imams to join the German army’s chaplain corps for the first time. It was a significant decision — and one her predecessors did not think to make or did not want to agree to — and as a result Jewish and Muslim soldiers serving in the Bundeswehr, Germany’s army, can count on spiritual guidance. It should therefore come as no surprise that the World Jewish Congress welcomed her confirmation on July 16.

Given her previous close cooperation with the Israelis, von der Leyen may not feel comfortable criticizing Israeli actions, for example, in the Gaza Strip. The Palestinian Authority may, however, receive some support from incoming High Representative of the European Union for Foreign Affairs and Security Policy Josep Borrell. According to some sources, the former Spanish minister of foreign affairs views Iran positively and is very critical of Israel. If true, the Commission could find itself divided on key Middle Eastern issues.

Among her other objectives, von der Leyen has also indicated she will prioritize improving transatlantic relations.  Some commentators have suggested she may try to reset the EU-U.S. relationship. Doing so would likely require changing the EU’s position on the JCPOA and seriously modifying its policy toward Iran. Would the president-elect change her opinion on the 2015 Iran nuclear deal? In 2017 she referred to the JCPOA as “a proper deal.” All signs suggest that the new Commission might be forced to make a choice between better relations with the U.S. and the potential benefits of closer cooperation with Iran.

On the Syrian conflict, her position is clear and largely driven by the migration crisis. Von der Leyen wants Europe to play an important role in post-civil war Syria in order to enable millions of refugees to return. In addition to that, in 2018 she suggested “credible deterrence” as the best mean to prevent any gas attacks using chemical weapons in Syria. At the same time she is convinced that Syrians, Russians, Europeans, and Americans can cooperate to rebuild the war-torn country. Von der Leyen has also suggested that Europe cannot be passive anymore and must counter any threats in its neighborhood: “This is also a bitter lesson for Europe: the problems which appeared there, the civil war that has raged, if we don't deal with this on the spot it lands directly at our front doors.”

In her campaign document, entitled A Union that Strives for More: My Agenda for Europe, the president-elect declared that she will propose a new pact on migration and asylum and promised to strengthen EU border controls and protect the “European way of life.” In this context, von der Leyen declared that she will nominate Margaritis Schinas from Greece for a new position in the Commission, as vice-president responsible for “Protecting our European Way of Life,” which would include migration policy, among other areas. The move generated significant criticism, especially in light of her previous comment that “there can be no compromise when it comes to defending our core values.” The message seems to be clear: the EU is to become more exclusive and limit access to immigrants of different faiths — especially from the Middle East.

Von der Leyen’s critics back home, among them Martin Schulz, the former president of the European Parliament, worry about her lack of international experience and doubt that she will lead the EU in the right direction. However, the president-elect may still prove her critics wrong. To do so, she will need to act decisively when the time comes. But given the EU’s historically timid response to developments in the Middle East, such a scenario seems unlikely.

Przemysław Osiewicz is MEI's non-resident scholar. He is an associate professor at Adam Mickiewicz University in Poznan, Poland, specializing in EU policy towards the MENA region, Iran, and Turkey, a Fulbright Senior Award Visiting Scholar at Georgetown University, Washington D.C., from 2016-2017. The views expressed in this article are his own.