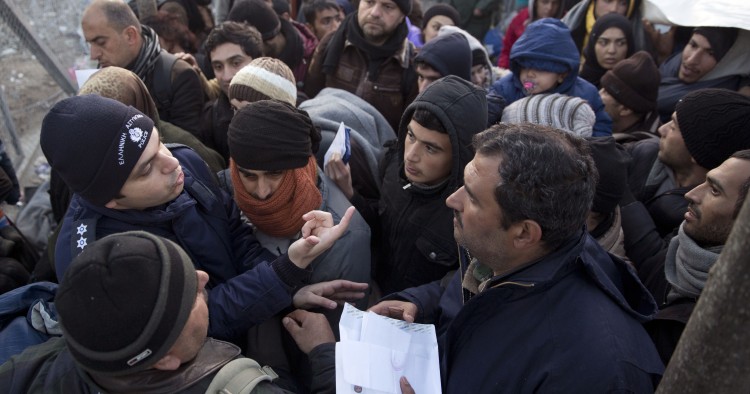 Recent surveys conducted in Europe indicate a rise in Islamophobia since 2015, namely since the beginning of the refugee crisis. Islamophobic incidents have been taking place across the whole continent, even in places where Muslim communities are almost absent, for example, in some Central European states. Islamophobia is exacerbated by some European governments and right-wing politicians who openly express anti-Muslim opinions. Should such sentiments find their ways in power through elections across Europe, they may reshape E.U. policy toward the Middle East, for instance,  the intake and treatment of Middle Eastern refugees and migrants.

Although the so-called Islamic State is losing the war in Iraq and Syria, it continues to wage a “clash of civilizations” in Europe. Today, ISIS seeks not only to intimidate civilians in order to affect decision-making processes in European states, but also to incite conflict between Muslims and Christians in Europe. ISIS defectors report that the organization is sending its fighters to infiltrate refugee communities. Perhaps as a result of this strategy, an increasing number of Europeans are blaming Muslim refugees, especially Syrians, for terrorist attacks conducted after 2011, despite the fact that the majority of perpetrators have been citizens of Western European states. According to the most recent annual European Islamophobia Report, published in 2017, Europe’s average public opposition to further migration from predominantly Muslim states is 55 percent, ranging from 41 percent in Spain to 71 percent in Poland. The report states, “Islamophobia has become a real danger to the foundations of democratic order and the values of the European Union. It has also become the main challenge to the social peace and coexistence of different cultures, religions and ethnicities in Europe.”

In this shifting political and security climate, right-wing politicians and organizations across the E.U. are taking advantage of the migration crisis, driving many non-Muslim Europeans to wrongly perceive Muslim refugees—and Muslims in general—as grave threats to their safety. Surprisingly, such anti-Muslim movements are found in countries with refugee-friendly policies, including Germany, Sweden, and Denmark. As German federal elections approach, polls indicate a rise in anti-immigrant public opinion. According to one poll, Alternative for Germany, a far-right populist party that boasts a clear anti-immigration program, can count on nine percent or more of Germany’s votes. The Anti-immigration Sweden Democrats are also showing signs if increasing public support, and the party already holds 14 percent of seats in the Swedish parliament. And the anti-immigration, anti-Brussels Danish People’s Party, with 21 percent of the vote and 37 seats in the parliament, are gaining momentum as well. Everything indicates that all three parties will take control of more seats in the European general elections of 2019.

In Poland, Hungary, and the Czech Republic, national governments openly refuse to accept Muslim refugees whom they believe to be a security threat. In addition, public controlled media in these countries seeks to justify anti-immigrant and anti-Muslim rhetoric. In 2016, Polish Prime Minister Beata Szydlo said that his country would accept Christian refugees from Syria rather than Muslims, implying that the latter are potential threats. Soon after the Brussels attack of 2016, Szydlo declared that Polish authorities would accept no refugees for security reasons. Such a policy only fuels anti-Muslim sentiments.

An interesting paradox also appears to be at play. According to a survey by the Polish Center for Public Opinion Research (C.B.O.S.), Poles are the biggest Europhiles in the E.U., and yet the clear majority would rather lose E.U. funds than accept Muslim refugees as part of relocation processes. At least 31 percent of respondents said they believe refugees intend to “Islamize Europe” and 23 percent perceive them as potential terrorists. And according to the most recent poll of August 25, the ruling, anti-immigrant Law and Justice Party will take 42 percent of votes.

What’s more, the average Polish citizen believes that Muslims constitute more than seven percent of society, while in reality Muslims make up less than 0.1 percent of the population, 70 times less than the perceived number. Such misperception can be observed in other E.U. member states as well. A 2016 Ipsos Mori survey that measured the gap between public perception and reality in 40 countries illustrated that public estimates of the size of Muslim communities were more than three times the actual level in the U.K. and four times in France.

No doubt these overestimates are increasing steadily for various reasons, including governmental anti-immigrant positions, lack of education, security concerns, and, finally, lack of personal contact with Muslims. Particularly given recent political shifts, it seems that the refugee crisis could become a key obstacle for further European integration and a potent threat to E.U. unity. In July 2017, the European Commission acted against Hungary, Poland, and the Czech Republic for refusing to take refugees from Muslim countries. According to some analysts, this step opened the debate over the independence of E.U. states from Brussels.

The connection between the Middle East’s refugee crisis and Europe’s rising Islamophobia is cyclical. As long as the refugee crisis persists, brought on by the various conflicts in the region, Europe will face an influx of migrants, thus spurring anti-Islamic sentiment on the continent. And should Islamophobia influence decision-making in Europe, those decisions are likely to be to the detriment of incoming refugees. It is in Europe’s immediate interest to pursue long-term peaceful solutions to conflicts in the Middle East. Only through concerted efforts to tackle the refugee crisis at its roots will Europe find a sustainable path to stem the tide of incoming refugees and halt the rise of Islamophobic politics.  \