Female entrepreneurship on the rise in Iran despite sanctions, social barriers, and an internet blackout 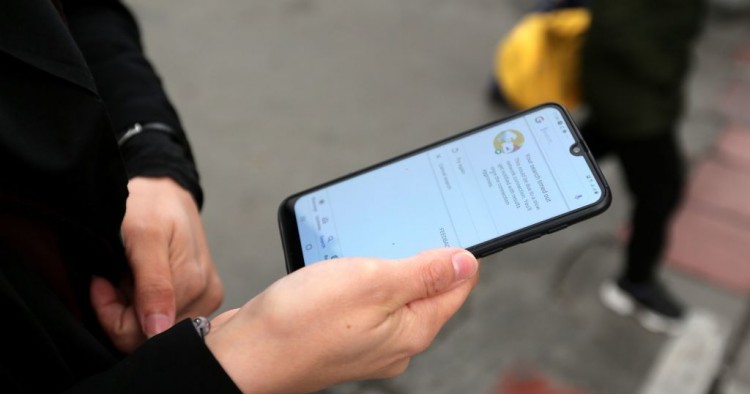 “The next revolution in Iran will be a women’s revolution,” says Nahid, a 40-year-old entrepreneur in Tehran. Formerly a marketing manager at a major private company, she left that job four years ago when she became pregnant with her second child. But after taking note of her mother’s doll-making talent, she had an idea.

“My mom is very good at making dolls. She has made dolls for her grandchildren and many other children of our friends and family. I told my mom that I would help her sell her dolls, and that was the beginning of my journey becoming an entrepreneur.” She started a company in 2015, naming it “Mamani Parii,” after her mother.

Nahid began marketing the dolls by creating an Instagram account for the brand, sharing photos of the dolls and promoting their retailers, a number of local shops and schools. She started getting so many requests for the dolls that she hired two women to help with production. Three years later, she now employs 18 women, each of whom works from home and makes a certain part of the dolls. Not even the recent unrest and internet blackout prevented Nahid from running her business.

“The best reward for my business is the feeling I am helping 18 families who are being supported by the salary they earn — families who otherwise might be on the street — and that the dolls are making children happy.”

But the business has faltered under U.S. economic sanctions. Nahid used to import most of her materials from Turkey, such as the cloth, yarn, glue, paper, wood, and cutting machines, but prices tripled after sanctions were imposed. When that happened, she turned to the local market to find Iranian companies that could produce the materials for her. “Unfortunately, the parts from inside Iran are lower in quality and more expensive.” As a result, the dolls’ prices have gone up — and for a poorer quality product. She had planned to market the dolls to Afghanistan, Iraq, and other neighboring countries, but the economic sanctions mean her products just aren’t an option for importers there.

Worst of all was the recent unrest in Iran. The government shut down the internet on Nov. 16, following a tripling of fuel prices, popular demonstrations, and a harsh crackdown that resulted in over 100 deaths and more than a thousand arrests. But Nahid did not give up. “We cannot make a profit, but when I remind myself that so many families are dependent on working for us, this keeps me going,” she says.

Female entrepreneurs in Iran like Nahid also have to contend with domestic, social, and legal barriers, in a country where women are expected to spend most of their time taking care of their family, and where employers are legally allowed to require a husband’s permission for a woman to work. Iran ranked 142 out of 149 countries in the 2018 Global Gender Gap Report, produced by the World Economic Forum. And while women comprise more than half of Iran’s university graduates, their participation in the labor force is only 17 percent. Unemployment has also been on the rise among women — exceeding 20 percent in 2019, compared to 17 percent in 2009 and just 13 percent in 1996, according to World Bank statistics. In addition, the Global Gender Gap Report estimates that women earn 41 percent less than men for equal work, and that men in general earn 5.79 times more than women.

To overcome the challenges, women are increasingly embracing online business, and many use Instagram as a platform. Instagram is one of the last remaining social media platforms permitted in the country, and a growing number of Iranians have begun to use it as an online marketplace to buy and sell products and services. In 2018, it was reported that the social media platform had at least 24 million users in Iran, making it the seventh-largest market in the world.

Nahid has seen Instagram e-commerce continue to grow in Iran: “I have a number of friends who started their business on Instagram or are considering starting their online business.” One friend has started an Instagram-based artisanal cake delivery service, specializing in weddings, birthdays, and other special events. Nahid herself became a devoted customer. The business became so successful that her friend’s husband left his job to help her with the deliveries. “It is so uplifting and positive for us to experience 100 percent support from our spouses,” Nahid says.

Another female entrepreneur, Elli, 30, also started a business that has become so successful that her husband left his job at a pharmacy to work with her. Elli founded Elit Kala initially as an online cookbook, sharing various recipes. Capitalizing on their unexpected popularity, the couple later started selling kitchenware, traveling from their home in Mashhad to Tehran and other cities across the country to purchase wholesale products to sell on Instagram. The account now has almost 60,000 followers.

By choosing to start online businesses from their homes, Iranian women have created extraordinary opportunities for themselves to play an important role in the economy, increasing their financial independence and making progress toward greater gender equality and inclusion. It will be interesting to see how Nahid, Elli, and other resilient female entrepreneurs like them will carry out the “women’s revolution” in Iran.

Fariba Parsa, PhD, is the founder and president of Women’s E-Learning in Leadership (WELL) and an affiliated faculty member of George Mason University. The views expressed in this article are her own.