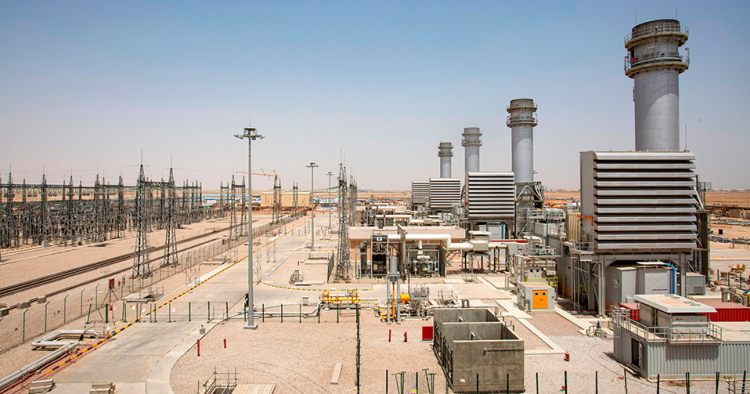 Iraq’s long-running electricity dilemma is now a daily source of public misery. The struggle of the power generation and distribution system to keep up with relentless demand caused by almost free electricity, especially as temperatures soar to record levels of over 120 degrees, is likely to get worse without reforms.

While the problems facing this critical sector may be numerous and complex, they can be solved. During my tenure as Iraq’s minister of electricity, from October 2018 through April 2020, we were able to put in place plans to make the sector sustainable and briefly reverse its downward spiral.

The past points to what will come next if reforms are not carried out. Almost all governments since the regime change of 2003 have witnessed mass protests against the lack of services, and the burning of effigies of politicians has become a summer ritual to express people’s anger.

The power sector, ravaged by decades of wars, sanctions, terrorism, corruption, and mismanagement has been a nightmare for all administrations despite the billions of dollars spent on it. Yet, against the odds and despite the uphill battle of handling legacy politics, my team and I were able to make progress on some of the most pressing and neglected problems Iraq has faced since the 1991 Gulf War.

Fast-tracking projects on the ground

Our strategy was to identify all of the halted projects in power generation, transmission, and distribution and make a checklist to deliver them as part of a fast-track program — and we did this in spite of the fact that the 2019 budget was only released in late April last year.

We focused on fostering synergy between the public and private sectors to move things forward. We streamlined contractual requirements, which simplified the logistics of project completion — historically a huge challenge — all fully supported by executive orders granted by the Council of Ministers, while delegating the directors-general of all regional companies to focus on critical areas such as summer maintenance schedules.

Many diplomats and observers were betting that the summer of 2019 would see harsher protests than in previous years, while most politicians expected an uprising to topple the political class on the basis of what had happened in 2018 and before. On the contrary, the summer of 2019 witnessed a more than 20 percent increase in power generation and services across the country compared to the previous year’s record. Electricity was delivered to areas liberated from ISIS for the first time after five years of complete shutdown. Meanwhile, Iraq’s economic hub, Basra Province, witnessed 24/7 power supply for the first time in decades.

On July 31, 2019 I travelled to Basra to witness the signing of contracts with Siemens for a transmission project serving the southern provinces. I received a cordial welcome and subsequently toured all of the southern provinces, including Dhi Qar, Muthana, and Missan, following up on the progress of the new GE power stations and other projects.

The news soon travelled back to the rest of Iraq that the power sector was making progress, a message to the sceptics that major improvement can happen in months, not years.

In parallel to delivering projects on the ground, much attention was also needed to address the power sector at large. We devised a reform policy in cooperation with the International Energy Agency and the World Bank on tariff and institutional reform to make the sector sustainable and rewarding to the federal treasury. This reform initiative would help state-owned companies with better corporatization standards and turning the power sector into a profitable industry to diversify the local economy with no dependency on government subsidies.

We carefully examined all proposals from multinational entities and devised a national roadmap to revamp the power sector by creating a balance between all qualified competitors in a level playing field environment.

We made strategic decisions to strike a balance between our immediate energy requirements — namely a reliable power supply for all Iraqis — and ambitious targets to be achieved by 2030 for energy independence.

Our four-year government program was geared to ensure that the latter will be sustainable by moving toward management of the fuel mix with a focus on gas-to-power to achieve zero flaring by fully utilizing gas to reduce dependence on gas imports, as well as generating 30 percent of our power supply from renewables by 2030.

For this, we signed a strategic deal with Siemens to develop the business value chain of the power sector, including power generation, transmission, and a smart grid distribution model. A key contract was granted for GE to rebuild the damaged network in provinces liberated from ISIS. In addition, we finalized a key contract with CMEC of China to complete the development of a major thermal power station for liberated Salahaddin (at Samarra) and completed the synchronization with Iran’s interconnected power grid. We also signed a strategic interconnection agreement with the GCC Interconnection Authority via Kuwait and concluded similar agreements with Jordan and Saudi Arabia as part of the regional interconnectivity project to create a viable utility market for energy security and turn Iraq into a regional energy hub.

On renewables, the ministry worked closely with the International Finance Corporation to prepare for the first bid round of its kind in Iraq, scheduled for Q4 2019 and Q1 2020, to add around 1000 MW a year through the participation of the private sector. This was in addition to household renewable initiatives for net metering that were planned for 2020 to reduce pressure on the national grid.

Moreover, the members of the Federal Energy Council worked closely with the Ministry of Electricity to fast-track development of the gas-to-power feedstock supply by prioritizing the development of associated and non-associated gas assets linked to all petroleum licenses. We also worked closely with the Kurdistan Regional Government to utilize surplus gas within the region, to serve the local electricity market and reduce gas import dependency.

Taken together, these efforts would have gone a long way toward addressing the problems facing the sector — and all in less than a year. Following the October 2019 protests, however, everything was put on hold, as political opposition forced the government to resign and continue for a period of six months of deadlock, with very limited authority as a caretaker administration. The political stalemate blocked the release of the 2020 budget, and as a result affected the maintenance program and hindered the progress of all signed agreements.

The challenges facing the new government

Now a new government will once again have to deal with a stalling sector that was finally starting to improve. Despite the global financial challenges resulting from the COVID-19 pandemic, the best path forward for Iraq’s power sector is to build on the successes of 2019 and secure financing to complete all of the projects, on schedule.

This is where the new government will have to pick up where we left off, targeting the sector’s Achilles’ heel: Without far-reaching tariff reform, enforcing collection by the rule of law, and ending power piracy, any technical solution will ultimately be futile. A continuation of our successes won’t postpone an inevitable blackout of the national grid, sooner or later.

Fixing Iraq’s power sector comes down to the need for a viable policy and sustainable strategy: When the price is zero, demand is infinite. The ongoing demand on power generation will never be controlled sensibly without immediate restructuring.

Current power subsidies are costing the state over $12 billion a year, while power piracy and illegal tampering with the grid by squatters is squandering nearly 55 percent of the power supply, including technical, commercial, and administrative waste. Removing subsidies is a must, not an option, if Iraq is to have a sustainable national grid.

Reforming Iraq’s electricity sector is not a task that can be completed by one ministry or one government; it requires a cabinet decision to approve a national agenda with political backing and popular support.

Finally, energy sector reform is at the core of economic reform and financial stability, and it takes years to implement, beyond the lifetime of any one administration. Responsibility and success should be collective, gradual, and cumulative, without costly and disastrous interruptions. Doing otherwise will compromise Iraq’s stability, leading only to dark horizons — in every sense.

Dr. Luay al-Khatteeb is the former Iraqi minister of electricity and member of Iraq’s Federal Energy Council. He was previously the founding director of the Iraq Energy Institute, a fellow at the Center on Global Energy Policy (Columbia University-SIPA), and a foreign policy fellow at the Brookings Institution. The views expressed in this piece are his own.