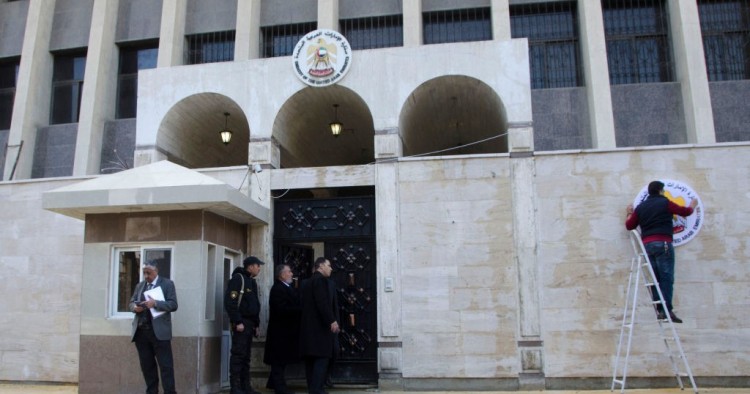 On Dec. 2, a series of public statements from Emirati and Syrian officials brought widespread attention to the UAE’s rapprochement with Syria. In a video circulated by Russian state media outlet RT, the UAE’s charge d’affaires in Syria, Abdul-Hakim Naimi, praised the “wise leadership” of Syrian President Bashar al-Assad and hailed the Syria-UAE relationship as “solid, distinct, and strong.” Syrian Deputy Foreign Minister Faisal Mekdad responded enthusiastically to Naimi’s comments by praising the UAE for standing by the Syrian government in its war against terrorism.

Although the effusive nature of the comments surprised some international observers, they reflect the gradual thaw in the UAE’s relationship with the Assad government in recent years. The first indicator of Abu Dhabi’s shifting position emerged in November 2015 when UAE Minister of State for Foreign Affairs Anwar Gargash expressed cautious support for Russia’s military intervention on Assad’s behalf. This statement initially appeared to be an isolated comment, but Gargash reaffirmed the UAE’s softening position on Assad in April 2018, when he claimed that the Syrian civil war was a struggle between Assad and Islamic extremism, and in June 2018, when he lamented Syria’s expulsion from the Arab League. These statements provided context for the UAE’s decision to reopen its embassy in Damascus on Dec. 27, 2018, which gave a major boost to Assad’s legitimacy in the Arab world.

The UAE’s departure from Saudi Arabia and Qatar’s entrenched opposition to Assad can be explained by three factors. First, Emirati officials were concerned that an opposition takeover of Syria would empower Islamist movements. Although the UAE relayed armed assistance to the Free Syrian Army (FSA) and suspended diplomatic links with Assad’s government, Emirati policymakers downplayed their arms transfers to Syrian rebel forces and showcased the UAE’s humanitarian efforts. This ensured that the UAE largely avoided the accusations of sponsoring Islamic extremism that sullied Saudi Arabia, Qatar, and Kuwait’s interventions on behalf of the Syrian opposition. Even as Assad’s position has strengthened, the UAE’s concerns about Islamic extremist elements within the Syrian opposition have remained intact. In January 2019, the secretary of Russia’s Security Council, Nikolai Patrushev, engaged with Emirati officials on counter-terrorism cooperation in Syria, as both countries had common understandings of the Syrian opposition’s links to Islamic extremist groups.

Second, the UAE believes that providing diplomatic recognition to Assad could convince Syria to scale back its alliance with Iran. The UAE first conveyed this policy prescription to U.S. officials in 2016 but was rebuffed by incoming U.S. President Donald Trump’s administration, and Abu Dhabi was unable to convince Riyadh to reopen its embassy in Damascus in 2018. In spite of these setbacks, the UAE has continued to emphasize that a centralized Syrian state would be a valuable bulwark against Iranian influence, even if Syria remains under Assad’s leadership. In a Jan. 30, 2019 interview with Al-Hurra, Gargash claimed that the UAE supported a “united, capable, Arab Syria,” and the UAE views the unification of Syria under a single sovereign authority as an obstacle to what he described as “Iran’s freedom of movement in Syria.”

Third, the UAE-Syria relationship has strengthened due to Damascus and Abu Dhabi’s shared opposition to Ankara’s military adventurism in northern Syria. While the UAE initially sought to contain Turkey by aligning with Kurdish groups affiliated with the Syrian Democratic Forces (SDF), Abu Dhabi transitioned toward supporting Damascus during Ankara’s Operation Peace Spring intervention in October 2019. On Oct. 13, Gargash decried Turkey’s violation of the sovereignty of an Arab country and urged Arab leaders to align with Damascus to prevent the “future of Syria from being exploited by external actors with rash interests.” The UAE’s persistent calls for Arab countries to step up their role in Syria against Turkey reveal its desire to bolster its soft power in the Middle East through support for Pan-Arabism, at a time when its reputation has been tarnished by its backing for military-brokered transitions in Algeria and Sudan, and controversial interventions in Libya and Yemen.

In addition to providing diplomatic support for Assad’s government against the threats posed by Islamic extremism, Iranian influence, and Turkish expansionism, the UAE has expressed an interest in investing in an Assad-led Syrian reconstruction process. On Aug. 31, a delegation of at least 40 businessmen from the UAE attended the Damascus International Trade Fair, in defiance of U.S. warnings to refrain from conducting business with Assad’s government. The delegation’s presence was controversial within the UAE. Abdulkhaleq Abdulla, a prominent Dubai-based political scientist, decried the engagement of Emirati companies with the “butcher regime of Bashar,” but the trade fair reflected the desire of Emirati business elites to profit from Syria’s real estate construction needs.

Although Emirati businessmen who engage with Assad’s government have not received official support, the willingness of the UAE authorities to turn a blind eye to investments in the Syrian economy could create frictions between Abu Dhabi and Washington. On Dec. 20, U.S. President Trump signed the Caesar Syria Civilian Protection Act that imposed new sanctions on the Syrian leadership, and if this bill is implemented completely, Emirati businesses could theoretically become targets of U.S. punitive measures. Even if the Trump administration chooses to waive potential sanctions against UAE-based entities on the grounds that the UAE is a U.S. ally that plays a vital role in containing Iran, Trump’s critics in Congress could highlight Emirati conduct in Syria alongside their condemnations of the UAE’s role in Yemen and Libya.

In spite of countervailing pressure from the United States the UAE has substantially improved its relationship with Syria over the past year. While the UAE claims that its re-establishment of diplomatic links with Damascus is a pragmatic policy that does not aim to strengthen Assad’s hold on power, its growing willingness to invest in Syria’s reconstruction process could bring unwelcome attention to Abu Dhabi’s Syria policy in the months to come.

Samuel Ramani is a DPhil candidate at the Department of Politics and International Relations at St. Antony’s College, University of Oxford. He can be followed on Twitter@samramani2. The views expressed in this article are his own.