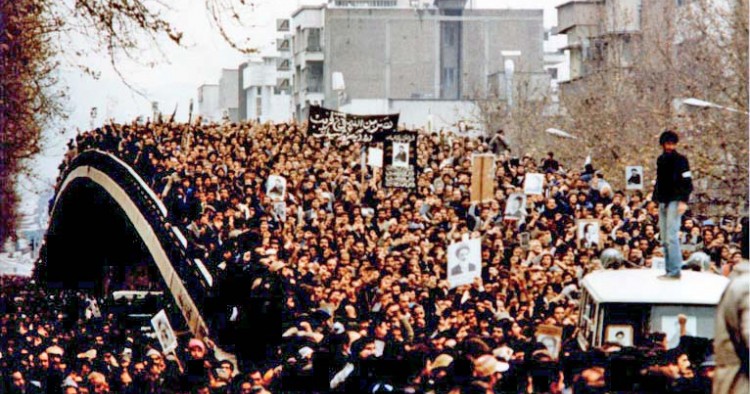 Revolutions either expand to export their ideologies or preserve themselves from the outside world. The 1979 Islamic revolution of Iran is no exception. A careful reading of Iran’s actions in the region shows how and why Iran has shifted its policies to meet the latter aim. Since the revolution, Iran’s leaders have faced the challenge of balancing their ideological (idealism) and geopolitical (pragmatism) approaches to foreign policy. Gradually, the Iranian leadership has come to focus on the geopolitical factor in the conduct of foreign policy; today, ideology one factor among many other sources of Iran’s power, and serves the aim of preserving Iran’s national security and interests.

Since the advent of the Islamic revolution, Iran’s regional policies have been driven by ideology as well as geopolitics. Evidence of both of these elements can be found in the conduct of Iran’s regional foreign policy over the years. Nevertheless, the geopolitical factor predominates in Iran’s management of its relations with other regional states, and is likely to continue to do so. The main reason for this is the nature of the issues that Iran faces in its immediate political-security environment, which is marked by multiple sources of insecurity, including US military threats. These conditions require that Iran build strategic coalitions.

Living in an unstable neighborhood has been costly for Iran. This generalized condition of instability persists. There is sectarian conflict on Iran’s western flank (Iraq). There are failed and fragile states on Iran’s eastern frontier (Afghanistan and Pakistan). There are states along Iran’s northern border whose political, social, and economic transformations are unsteady and incomplete (Central Asia and the Caucasus). And authoritarian and security-dependant regimes, each subject to political-social changes in future, lie to the south. Such an insecure environment has the potential of fuelling regional rivalries, igniting crises or military conflicts, and inducing a larger presence or direct intervention of major foreign powers. A major portion of Iran’s political and economic capital is being spent on tackling these varied threats. The Iranian leadership’s determination to maintain a powerful army reflects the national security concerns stemming from them.

Iran’s geopolitical realities, ethnic politics, and cultural-religious characteristics profoundly tie its national security inextricably to that of the region. The situation in post-invasion Iraq has highlighted and intensified this security interdependence. Arising from the conditions in Iraq have been ethnic geopolitical rivalries, the risk of territorial disintegration, religious war, and interstate rivalries. Fear of Iraq’s fading Arab identity has prompted Saudi Arabia to be more involved in the Shi‘a and Kurdish issues. As the question of federalism and the threat of Iraq’s possible disintegration have come to the fore, Turkey also has become more engaged in Shi‘a and Sunni issues. Jordan and Egypt have warned that a “Shi‘a Crescent” has formed, within which Iran has emerged to play the leading role. Through concerns about Hezbollah’s relations with the Shi‘a militias, Iraqi issues are now more germane than ever to Lebanese domestic issues. Concerned about Iran’s increased activity in the southern Shi‘a-dominated areas and its effects in the Persian Gulf region as a whole, Israel, too, has become involved in Iraqi Kurdistan. Lastly, on account of increasing cooperation at the transnational level between al-Qaeda operatives and sympathizers, Iraq’s and Afghanistan’s issues are increasingly inextricable. The interrelated characteristics of the region’s newly emerging geopolitical and security issues have brought both challenges and opportunities for Iran.

Thirdly, there is a direct relationship between the level and likelihood of US military threats towards Iran and the implementation of the two elements of geopolitics and ideology in Iran’s foreign policy. The Iranian engagement in the Iraq crisis is a good example. The greater the number of US threats made against Tehran and its overall political-security system, the more Iran asserted and employed the Shi‘a ideological element, inter alia, in its foreign policy approach. A diminution in foreign threats will, conversely, lead Iran to remain focused on issues related to its immediate security perimeter, reducing the ideological element while emphasizing the economic and integrative aspects of its relations with regional states. To protect itself from the US military threats and preempt future security challenges, Iran has requested openly the right to modest engagement in the region’s political-security architecture and economic-cultural activities. Indeed, tackling the new challenges mentioned earlier and creating prospects for economic development require that Iran help to build a secure and stable neighborhood.

Lastly, Iran’s close relationships with Shi‘a factions in the region are aimed at building a strategic coalition based on geopolitical realities. In Iraq, one aspect of establishing this strategic coalition is the installation of a new generation of friendly elites at the level of the state. By supporting these Shi‘a political factions or groups that are, in a remarkable break with the past, friendlier today towards Iran and unwilling to participate in an anti-Iranian coalition for the foreseeable future, Iran has attempted to coax Iraq into fulfilling the role of a strategic partner in the region. Another aim is the creation of an Iran-Iraq coalition aimed at shaping new political-security arrangements in the Persian Gulf in which all of the littoral states are included. The new Iraq is the place that Iran’s ideological and pragmatic aspects of foreign policy have converged for the first time since the Islamic revolution.

During the first decade of the revolution, Iran’s regional foreign policy was defined principally in ideological terms. More recently, however, geopolitical factors have predominated. Today, ideology is placed in the service of Iran’s national interests and security. Given the multitude of security challenges and opportunities facing Iran, one can expect the Iranian leadership to follow a pragmatic approach to relations with the regional states that reflects geopolitical realities.