Governing Megacities in the MENA and Asia 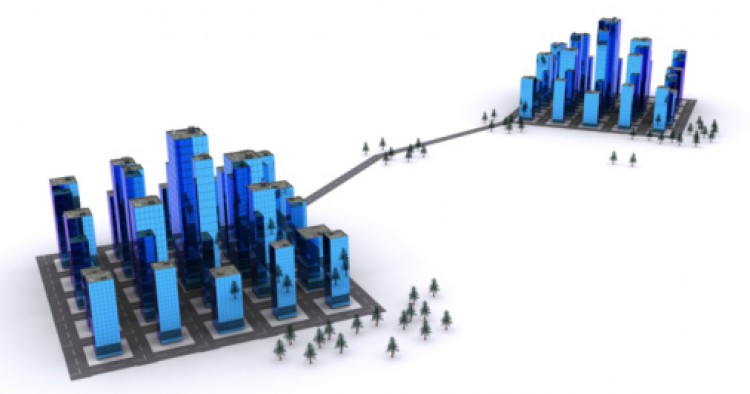 According to the UN's World Urbanization Prospects 2014, there are 28 "megacities" worldwide (i.e., urban agglomerations with populations in excess of 10 million). By 2030 another dozen will likely be added to their ranks.

The world's existing and emerging megacities are concentrated in the Global South--many of them in West, South, and East Asia. These urban agglomerations are complex organisms, not so much "planned" as evolving. Much of the literature on the megacities of the Global South depicts them as beset by a multitude of intractable problems and tends to portray their inhabitants mainly as hapless victims.

This essay series examines the roles that community-based organizations (CBOs) have played, and are playing, as active participants in the process of "governing" megacities--whether in service delivery, risk mitigation, or the creation of livelihood and other opportunities. These CBOs constitute various forms of social and/or political organization outside the fold of "formality", ranging from a political party or NGO to a crime group.

The essays in this series address the following questions related to the activities of CBOs in the megacities of the MENA and Asia: What strategies and mechanisms have CBOs used to "build" or sustain their urban habitats? What specific pressures or circumstances have spurred the need for community-based collective action? What qualities, resources or advantages do these actors possess/have they utilized in mobilizing community members or pursuing their objectives? What kinds of relations do they have with other informal or official actors at the municipal or other levels? And what are the limits to self-help (i.e. the obstacles or deficiencies that have impeded their efforts)?

Dec 01, 2015
Mega Projects and the Limits of Urban Planning in Megacities: The Case of Istanbul in the AKP Era
Melissa Marschall and Abdullah Aydogan
This essay examines the politics of the Istanbul Master Plan, which was created by the Istanbul Metropolitan Planning and Urban Design Center (IMP), focusing on the role of non-governmental organizations. The essay addresses three main questions. First, to what have NGOs been involved in the formulation, implementation, and oversight of the Istanbul Master Plan? Second, what form has their activism taken and what has been the response of the AKP government? And third, what are the prospects for achieving the balance between conservation and development originally envisioned by the Istanbul Master Plan?

Dec 03, 2015
Community and Governance in Chongqing, China
Stephan Feuchtwang
In 2009 the State Council approved the city's urban-rural master plan, which includes housing projects that can integrate rural-urban migrants with the urban-registered population, in line with the plan to increase China’s urban population and its domestic consumer market. Minxin Jiayuan (MX) was the first of 21 planned public-rental housing projects in Chongqing to be built. This essay discusses the system of governance and 'self-management' that obtains in this complex and others.

Dec 08, 2015
Filling the gap or digging a void? The role of NGO-initiated CBOs in service delivery in Dhaka, Bangladesh
Sally Cawood
This essay offers preliminary observations from nine months of fieldwork in Dhaka. It focuses in particular on one organization, a collection of NGO-initiated CBOs across Dhaka—Nogor Bostibashi Unnyan Sangstha (NBUS), or Urban Slum Development Agency—to highlight the complexities of NGO-initiated CBO service provision and encourage debate about how to move forward.

Dec 10, 2015
Protest against Industrial Air Pollution: A Case from Hangzhou City, China
Yongdong Shen
Air pollution has become one of the biggest environment problems in China, causing severe health risks. Residents, especially those living in big cities, are battling air pollution. Their demands for clean air have forced authorities in many Chinese cities to make a decision­—shut down the industrial plants responsible for the pollution, or permit them to continue operating to sustain GDP growth. This essay seeks to shed light on how community residents take action to ensure healthy urban habitats through examining the "Warm Home" community's protest against industrial air pollution in the city of Hangzhou.

Dec 15, 2015
Tracing “Order” in “Disorder”: Presenting an Alternative Understanding of Violence and Criminality in Karachi
Nazia Hussain
This essay argues that the conversation about Karachi needs to shift from viewing high levels of criminality and violence as creating ungoverned urban pockets to understanding how criminality, violence, and informality are shaping its political order. In this order, the state is not a passive player; it bestows and withdraws patronage to non-state actors in pursuing its larger interests. It purposely deregulates public services for some parts of the city and sections of the population. It also possesses the sovereign power to legitimize certain practices and actors, while delegitimizing others. The relationships between state and non-state actors are not driven solely by corruption. They are deeply political in nature, and have evolved over the years in the political, historical, institutional, and economic contexts of Karachi.

Dec 17, 2015
Civic Associations and Urban Governance in Tehran
Ali Madanipour
The impact of civic associations on urban governance in Iran may be very limited, as they do not possess an official capacity in a highly bureaucratic and centralized system, and that they have been suspected of advocating a liberal political agenda. Nevertheless, they have, among other things, succeeded in democratizing the urban agenda.

Jan 05, 2016
Egyptian Civil Society in Transition—Reflections on Cairo’s Governance Susanna Myllylä
This essay discusses the various barriers that inhibit local communities in densely populated, poor quarters in Cairo from taking action in order to improve the provision of basic services and the overall conditions in these neighborhoods.

Jan 07, 2016
Flood Governance in Jakarta: The Role of CBOs
Deden Rukmana
An effective flood mitigation and management in Indonesia particularly in megacities such as Jakarta requires a strong community participation particularly from the riverbank residents. The residents of slums and squatter settlements in riverbanks are the players of the informal sector who play an important role in the process of urban transformation in Indonesian cities including Jakarta.

Jan 12, 2016
Sold Overnight: Istanbul’s Gecekondu Housing and the Challenge of OwnershipAnnika Marlen Hinze Contrary to neoliberalist conceptualizations of the role of the state (or its absence) in urban development, in the case of Istanbul, the state’s absence, or at the very least its silent laissez-faire attitude, actually produced an opening for poor, rural migrants to create their own (informal) housing in and around the city. With the increasing desirability of urban land to domestic and international developers, however, it was precisely the advent of state regulation that led to the increasing displacement of Istanbul’s gecekondu residents.

Jan 14, 2016
Decentralization and Ambiguities of Local Politics in TehranAzam Khatam and Arang Keshavarzian The prospect of establishing direct popular elections for mayors has precipitated a heated debate in Iran, resulting in divisions within the conservative and reformist factions and even a reversal of their roles. The debate surrounding the bill and the forces that render urban governance as political stem from the coupling of decentralization of governance with the arbitrary and despotic rule of mayors over urban matters. Decentralization in non-democratic settings has led to the reorientation of municipalities from merely managerial authorities to institutions that are both the field for, and the target of political struggles between elites and by citizens. Such localization of political life, especially in large cities such as Tehran, has the potential for making urban policy-making less opaque and bureaucratized as it has been under the Pahlavi Monarchy and the Islamic Republic.

Jan 31, 2016
The Streets of Old Delhi: Order in a Seemingly-Chaotic Public Realm
Ray Bromley
The streets and alleyways of Old Delhi are among the best-known examples of traditional urban environments in India. They are characterized by a great variety of users and activities, changing substantially according to day of the week, time of day or night, weather, seasons, and the cycle of public holidays, religious festivals and other special events. Despite all the hustle and bustle, however, there are informal norms and practices that influence the use of space and that keep accidents, property damage and criminal activity to low levels. This paper explores the continued viability of Old Delhi and the informal norms and practices that keep it functioning.