Gulf Investment in China: Beyond the Petroleum Sector 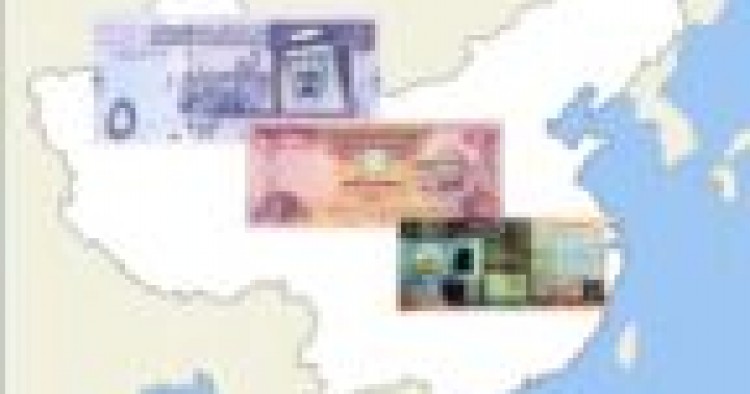 China’s economic rise, which has helped propel a global shift in power from West to East, has led the Gulf Cooperation Council (GCC) countries to seek new economic and strategic partners in Asia. The literature on the evolving relationship between China and the GCC tends to focus on the strategic issue of whether China might replace the US as the guarantor of Gulf security[1] and on the cementing of economic ties through cross-investment in the petroleum sector.[2] However, little attention has been paid to Gulf investment in China’s non-petroleum sectors―yet another significant strand of the overall GCC-China relationship. This essay explores recent GCC investment in sectors of the Chinese economy other than the petrochemicals industry and examines the challenges confronted by Gulf investors.

Gulf investment in China is wide-ranging, and despite the financial crisis, has recently entered the financial, hospitality, textile, agriculture, logistics and aviation sectors.[3] This trend has three notable features: diversified investment, concentration in the service sector and movement to second-tier cities.

Although it is difficult to obtain official statistics on Gulf investment in China, media reports show that these activities are growing and are diversified. For example, in the financial sector, the three notable Gulf Sovereign Wealth Funds (SWFs)―Abu Dhabi Investment Authority (ADIA), Kuwait Investment Authority (KIA) and Qatar Holding (QH)[4]―have obtained approval from the Chinese authorities to enter China’s bonds and securities market. In the hospitality sector, Jumeirah, the Dubai-based hotel group, plans to construct luxury hotels in Guangzhou, Hainan, Zhejiang provinces and Macau.[5] In the textile sector, Ajlan and Brothers Co., the Saudi private investment firm, has invested a total of 20 factories worth 4 billion yuan (roughly $632 million) in synthetic fabrics, cotton textiles, shimags, shoes and accessories.[6] In the e-commerce sector, Kingdom Holding holds a combined stake of 2.5% of Jingdong, one of the biggest online retailers in China.[7] In the agriculture sector, Al Futtaim, the Dubai-based supermarket operator, has considered investing China’s agricultural sector by partnering with a Singaporean company.[8] In the aviation sector, Emirates, Etihad and Qatar Airways, have launched routes not only to Shanghai and Beijing, but also to second-tier cities such as Chengdu.

As the previous section indicates, Gulf investment is concentrated in the service sector, especially in the financial industry. Having a diversified investment portfolio has been a main objective for many Gulf institutional investors. Having closely followed China’s reform policies in the financial sector, they have shifted from being shareholders of China’s state-owned banks to investing in China’s stock and bond market. When the four big Chinese state-owned banks listed in Hong Kong from 2005 to 2010, the Gulf SWFs and other private investors became shareholders by investing in the banks’ initial public offering (IPO). For example, Qatar Holding invested US$2.8 billion in the planned IPO of the Agricultural Bank of China, becoming its largest investor.[9] In anticipation of the opening of the Chinese domestic bond and security market to foreign investors through launching a Qualified Foreign Institutional Investors (QFII) program in 2003, ADIA, KIA and Qatar Holding not only obtained prior approval, but also increased their quotas in preparation for expanding their investments in subsequent years. Due to the wide use of the Chinese currency in cross-border trade, London and Frankfurt have been competing with each other to be the leading RMB offshore center in Europe; meanwhile, Dubai, an emerging international financial center in its own right, has expressed interest in establishing an offshore RMB center in the Gulf region.[10] Clearly, China has become an important destination for Gulf institutional investors.

China’s eastern coastal provinces, the traditional hotspots for foreign investment, have become increasingly competitive. Rising costs have prompted foreign investors to look to western China. Policies introduced by the central government to attract more foreign investment the western part of the country have fueled this trend. Gulf investors have started to explore the market in western China. Dubai has taken the lead in this area. In 2008, Amara Holding of Dubai, a sharia-compliant investment company based in Dubai, has formed a joint venture with Pan China Construction Group to jointly develop a logistic park in Ningxia.[11] In 2012, Dubai International Financial Centre (DIFC) signed MoUs with Chengdu Financial City Investment and Development, an emerging financial center in the southwest of China, in addition to its MoU with Shanghai’s Pudong Financial Services Bureau.[12] Meydan Group, a Dubai-based sports (horseracing, golf and tennis) and leisure developer, announced a strategic partnership with Chengdu in 2013. In April 2014, the first Chengdu-Dubai International Cup was held in that city.[13] This move also signifies that Gulf investors have begun to shift from simple investment to management skills transfer.

Take the financial sector as an example. Bilateral trade between China and the GCC skyrocketed from US$10 billion in 2000 to US$155 billion in 2012.[14] This booming trade has facilitated Gulf banks’ expansion of their presence in China. Three UAE banks have established representative offices in China: Union National Bank, National Bank of Abu Dhabi and Emirates NBD. All three have faced multiple challenges, such as the slow approval process in branch set-up and product launch, lending and deposit restrictions and quotas, and foreign exchange limitations to foreign banks. Moreover, they have to work hard to establish their brands in China, where many international players, such as Standard & Chartered and Citibank, have well-established brands and reputations in the market.

GCC investors, especially institutional investors, are sophisticated players in the international market and follow the international practices. However, the Chinese market is so vast that international practices have not been enforced in the same way throughout the country. This is partially due to the fact that some investment-related laws and regulations are initially implemented on a pilot basis in more highly-developed cities, such as Shanghai. If well-received, they are then introduced in other cities. Therefore, some laws and regulations are enforced in big cities, such as Shanghai and Beijing, but not necessarily in smaller cities, such as Hangzhou and Chengdu. The differences in law enforcement add risks and affect the decision-making for all foreign investors, including Gulf investors.

Gulf investors also have to face the rising cost of business expansion in China. Emaar’s investment in China is a case in point. China’s real estate market had been closed to foreign investors and protected by the government for many years. The price for commercial land has surged from 2004 to 2013. For example, in Shanghai, a piece of land in a prime area was sold at 9,162 yuan per square meter in 2004.[15] In 2012, the land price surged to 36,000 yuan per square meter.[16] Even when the economy started to cool down, land prices set a new record, climbing to 42,821 per square meter by the end of 2013.[17] Sharp increases in land prices might explain Emaar’s departure after just three years operating in China.

Gulf investment in China is increasing in scope and in value. Given the intensity of the supply-demand relationships that have already been forged between China and the GCC, it is likely that this recent surge in investment will continue, at least in the short-to-medium term. However, the establishment of a long-term economic partnership will require that China and the GCC countries strengthen institutional cooperation at both the country and the regional levels.

At the country level, governments could play a facilitating role in increasing the number of investors, including greater participation by small- and medium-sized enterprises (SMEs), which generally do not access to the same information about investment markets as their much larger counterparts. For instance, the Gulf Chambers of Commerce and Industry could establish offices in China to gather market intelligence for their members.

At the regional level, bringing the free trade agreement (FTA) to a speedy conclusion would not only help forge closer trade ties but likely also bolster investor confidence, and as a consequence, perhaps stimulate further cross-investment. The creation of a GCC monetary union with a single currency could help Gulf investors expand their presence in China. So, too, could the establishment of a joint investment committee.

Finally, it is important to mention that, while this essay has focused on the growing presence of large institutional and individual Gulf investors in non-petrochemical sectors in China, there is ample anecdotal evidence that a substantial number of Gulf SMEs, including GCC citizen-owned and GCC-based businesses have built a presence in China as well. The nature, extent, and impact of their investment and other commercial activities is a potentially rewarding area for future research.

[14] “China’s Imports and Exports with Asian Countries,” National Bureau of Statistics of the People’s Republic of China, http://data.stats.gov.cn/workspace/index?m=hgnd.