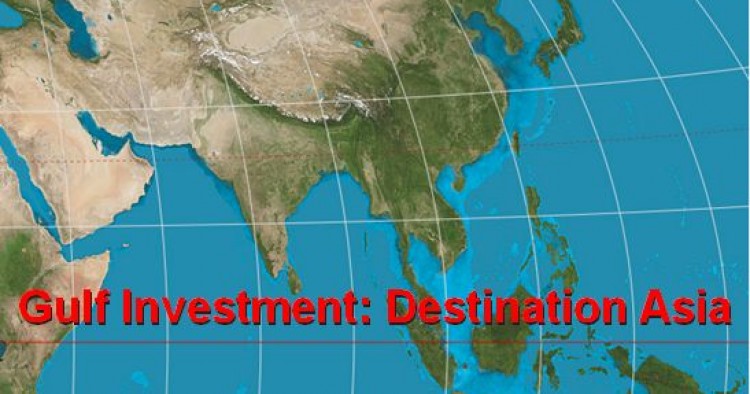 The rise of China and India, coupled with major changes in the global energy market such as the US shale revolution have shifted the Gulf countries’ economic focus towards the Asian continent. East Asia has already emerged as the GCC’s most important trade partner, accounting for over 57% of its external trade.

This series provides snapshots of the factors driving the increasing flow of capital from the Gulf into Asia, the sectors to which Gulf investors have been attracted and the barriers they have encountered.

Oct 1, 2014
Agrarian Mirage: Gulf Foreign Direct Investment in Pakistan’s Agricultural Sector
Robert Looney
In the late 2000s, one rarely picked up a financial newspaper without seeing an announcement of Gulf investments in large tracts of Pakistani agricultural land. Today, however, there is little, if any evidence of a single foreign-financed agricultural project in Pakistan having come to fruition. This essay explores why.

Oct 3, 2014
Gulf Investment in China: Beyond the Petroleum Sector
Mei Zhang
This essay explores recent GCC investment in sectors of the Chinese economy other than the petrochemicals industry and examines the challenges confronted by Gulf investors.

Oct 9, 2014
The Rise of Gulf Investment in India: Searching for Complementarity and Synergy
Biswajit Nag, Mohit Gupta
This essay sheds light on the pattern of GCC investment in India by identifying India’s major Gulf partners, the size of their investment presence, and key investment sectors, as well as the areas of potential growth in and barriers to greater investment.

Oct 16, 2014
Arab FDI “Pivots” to China
Florence Eid-Oakden, Charlene Rahall
Thanks to unprecedented current account surpluses, the Gulf Cooperation Council (GCC) countries are investing billions abroad and looking more toward the East. The GCC’s growing trade ties with China have been accompanied by encouraging development in investment relations. For these countries, investment projects in China promise access not only to large and rapidly growing energy markets, but also to other booming sectors.