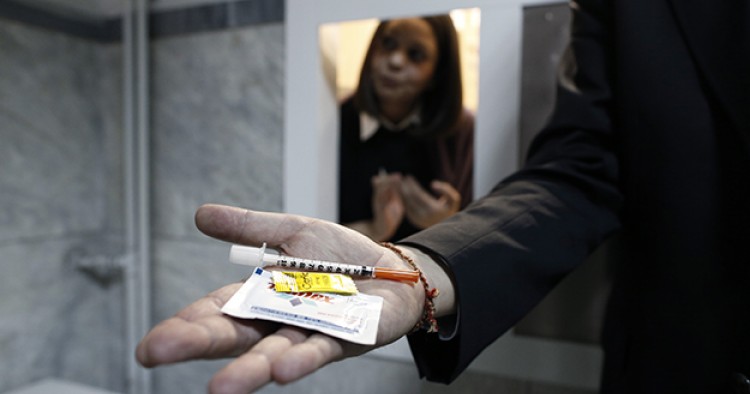 The often-misunderstood term “harm reduction” means simply that the paramount policy or clinical objective is reducing the harms from psychoactive drug use. In the conventional drug policy that has prevailed globally for decades, the reduction or elimination of drug consumption was considered the principal policy aim, while the harms caused by drug use or drug policies were usually an afterthought.

Harm reduction is not a new approach. A primary focus on reducing the harms from alcohol has existed for a long time. Accepting that some degree of alcohol intoxication and chronic excess was always going to be with us, policymakers and researchers decided decades ago that “making the world safe for drunks” was a quite legitimate objective and complemented other efforts to reduce high-risk drinking. Reducing the consumption of alcohol by increasing its price or decreasing its availability are different but also effective ways of reducing alcohol-related harm alongside harm reduction approaches such as the promotion of car safety belts. Contemporary interest in harm reduction and the application of this framework to illicit drugs was stimulated in the early 1980s when the epidemic spread of HIV among and from people who inject drugs was first acknowledged.

Approaches resembling harm reduction are very common not only in public health but also in many other policy areas. “Never let the best be the enemy of the good” could be a slogan for contemporary harm reduction; it is much more effective to aim for and achieve sub-optimal goals than to strive for but fail to reach utopian and unattainable objectives.

What is Harm Reduction?

Harm Reduction International (HRI), the main organization in the world advocating for and supporting harm reduction, uses this term to refer to “policies, programs, and practices that aim to reduce the harms associated with the use of psychoactive drugs in people unable or unwilling to stop.”[1]

This organization also defines “harm reduction” as “policies, programs, and practices that aim primarily to reduce the adverse health, social, and economic consequences of the use of legal and illegal psychoactive drugs without necessarily reducing drug consumption. Harm reduction benefits people who use drugs, their families, and the community.”[2]

This definition means that harm reduction is more than just a clinical service delivery approach, as it also refers to government policies. The objective goes beyond aiming to only reduce health costs, as a reduction of social and economic costs is given equal weight. Importantly, harm reduction does not distinguish between reducing the harm from legal or illegal drugs. Both are considered important. In this definition, as emphasized by the reference to reducing adverse consequences “without necessarily reducing drug consumption,” decreasing the consumption of drugs is considered potentially just one way of reducing the harm from drugs. Reducing consumption should not be regarded as an end in itself but can be a legitimate way to reduce harm. The paramount aim must be to reduce net harm, and if that involves reducing consumption, so be it. All too often in recent decades, reducing the consumption of illegal drugs has been the only objective of conventional drug policy regardless of the nature or extent of unintended negative consequences. Negative health, social, and economic effects of drug use were often inadvertently exacerbated, but this collateral damage has all too often been ignored. It is important to note that the HRI definition also emphasizes that harm should be reduced not only for people who use drugs, but also for their families and indeed for their communities.

Harm Reduction in an International Context

Approaches that we would today call “harm reduction” have existed for a long time. In ancient China, authorities found that the most effective way of reducing the number of intoxicated citizens dying from hypothermia after falling into frozen canals in winter was to simply build barriers around the canals. Of course, these harm reduction measures complemented and did not replace other efforts to discourage high risk drinking.

Harm reduction complements approaches that try to prevent the initiation of drug use or reduce the continuing use of drugs. It recognizes that many people throughout the world continue to use psychoactive drugs despite the very vigorous efforts to prevent the initiation or continued use of drugs. Harm reduction accepts that there will always be some people who use drugs and are unable or unwilling to stop. Access to effective and attractive drug treatment is important for people struggling with drug problems, but many such people are unable or unwilling to enter or remain in treatment. Also, many people with drug problems, even some with severe problems, manage to regain control of their lives or stop their drug use by their own efforts without the need to enroll in drug treatment.

People who use drugs should be provided with options to help them to minimize the risks associated with continuing drug use, including the risk of harming themselves or others. Keeping drug users alive and healthy is the highest priority in harm reduction. Therefore improving access for people who use drugs to primary health care and social services is always very important. Basic needs include providing non-judgmental education about drugs and drug-related risks.

Harm reduction is strongly based on critical values and principles with a major commitment to protecting public health and respecting human rights.

What Harm Reduction Is Not

The relationship between harm reduction and drug law reform differs according to the circumstances. In a situation in which HIV spread among and from people who inject drugs is already epidemic or is considered a serious threat, the need to respond urgently to this threat overrides the longer-term need to support drug law reform. Thus harm reduction and drug law reform are always strategically connected but may sometimes be tactically separated. A major HIV epidemic among and from people who inject drugs has been raging in Russia for more than two decades. Getting this HIV epidemic under control as soon as possible with harm reduction measures is more important at present than advocating for drug law reform. But priorities could change if the authorities bring the HIV epidemic under control.

Harm reduction is not about sloppy, careless, or indifferent approaches. It is a pragmatic, evidence-based, and cost-effective approach that protects human rights and public health.

A quarter of a century ago harm reduction was marginalized and ostracized, but no longer. Harm reduction is now very much part of the international mainstream. Around 80 countries describe their drug policy as harm reduction, and a similar number provide needle syringe programs and opioid substitution treatment. The major UN organizations responsible for drugs and drug policy now support harm reduction, some very consistently while others somewhat less so. The highest levels of the United Nations have explicitly approved harm reduction. Harm reduction continues to gain support, while use reduction has seen declining support and is increasingly questioned. There has been a steady growth in organizations, conferences, meetings, and journals committed to harm reduction. The coverage of harm reduction programs is often poor and funding is often limited, but at least the trends are in the right direction.