Higher Education Reform in the Arab World: The Model of Qatar 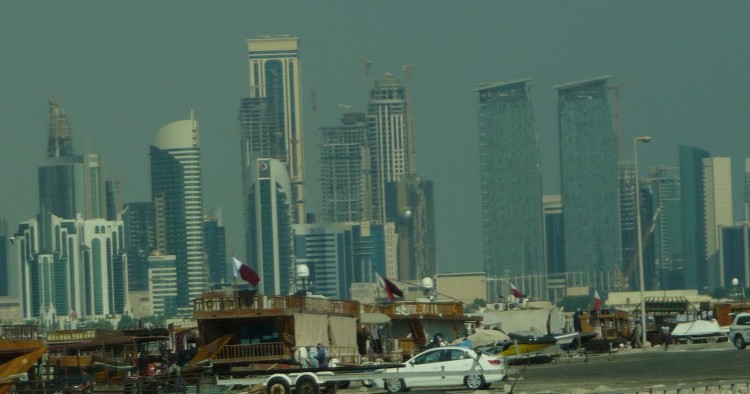 Higher education—and its successful reform—is essential to the long term stability and prosperity of the Arab world. The youth uprisings which triggered the Arab Spring in Tunisia and Egypt have highlighted the urgency of defusing the region's ticking demographic time bomb: young, growing populations facing uncertain futures. To combat high unemployment and sluggish private sector growth, the Arab world must focus on building a knowledge society quickly in order to create three million more jobs annually than it currently generates, according to World Bank estimates. With most Arab governments unable or unwilling to guarantee civil service jobs to all university graduates as they did in the past, growth depends on the private sector; however, most graduates appear to lack the required skills. Therefore building universities that can produce both cutting edge research and skilled workers who can compete in the global economy is the key to the region’s future—and tiny Qatar is leading the way, using the best of the American higher education system in the process and financing the process with its extensive oil and gas wealth.

Qatar’s Emir Sheikh Hamad bin Khalifa Al-Thani has a bold vision: to use the wealth from the nation's abundant oil and natural gas reserves to transform the country into a knowledge-producing economy within a generation. To do so, Qatar has reformed its entire education system, from elementary school to higher education, with the aid of the RAND Corporation. Why would one of the world’s wealthiest nations (with a GDP per capita approaching $110,000 according to 2011 estimates) embark on such a challenging path of systematic education reform? With a population of only 1.65 million (of which at most 20% are Qatari nationals), there appears to be plenty of wealth to go around. Like its oil-producing Persian Gulf neighbors, most Qatari citizens work in secure public sector jobs with generous benefits while expatriates dominate the private sector.

But that is precisely the model that Sheikh Hamad wants to change. He began by establishing the Qatar Foundation in 1995 under the leadership of his wife, Sheikha Mozah Bint Nasser Al-Missned, with the mission of upgrading the nation's human capital as quickly as possible. The country’s strategy has been to adapt the best of the US higher educational system to local needs and the national vision while simultaneously preserving the country’s Muslim and Arab heritage. The ultimate goal is to “Qatarize” the workforce so that citizens, women as well as men, will obtain the necessary skills to shape the nation’s destiny and lessen the national dependence on an expatriate work force.

Doha’s monumental Education City, a 14 million square meter multiversity complex on the city’s outskirts, is the flagship of the reform scheme. It hosts branch campuses of leading US universities in targeted fields including: journalism (Northwestern University), medicine (Cornell), engineering (Texas A&M), business and computer science (Carnegie Mellon), design (Virginia Commonwealth), and foreign affairs (Georgetown). The Qatar Faculty of Islamic Studies stands alongside these US counterparts and offers innovative graduate degrees emphasizing the coexistence of Islam and modernity. The US branch campuses award home university degrees and demand the same quality standards. They provide an opportunity for Qatar and the region’s most talented students (including many women) to enjoy the best of US higher education without having to travel too far from home.

Education City’s mission is not just to educate undergraduates, but also to build indigenous research capacity in several priority areas including: medicine, biotechnology, information and communication technologies (ICT), environmental sciences, and nanotechnology. The strategy involves simultaneous investment in fundamental research in basic science, applied research, and the development of commercial products at a technological incubator, Qatar Science and Technology Park. Qatar has committed an impressive 2.8% of its GDP to its goal of becoming a regional research powerhouse. But can a country, even with such substantial investment, quickly build world-class research capability from scratch? The experience of countries such as the US and Singapore demonstrates that this process takes significant time and that success is far from guaranteed.

The Weill Cornell Medical College in Qatar (WCMC-Q), the only US medical school with a branch campus overseas, features prominently in Qatar’s ambition to become a world leader in the healthcare and biomedical fields. Inaugurated in 2002 with a tripartite mission of education, research, and clinical care, WCMC-Q has already educated 112 new physicians in its first five graduating classes, the majority of whom have obtained medical residencies in the US with plans to return to Qatar. They will have ample opportunity to secure key positions at the state-of-the art $7.8 billion Sidra Medical and Research Center scheduled to open in late 2012 and employ a staff of more than 2,000.

How realistic are plans for conducting cutting edge biomedical research in Qatar? At first glance, it would seem that there are insurmountable obstacles to overcome. To begin with, the country lacks both a scientific culture and a previous track record—it must build completely from the ground up. Moreover, most prominent researchers lack familiarity with the region in general and Qatar specifically. Finally, establishing state-of-the-art laboratories with the latest equipment and research supplies, and recruiting skilled research staff can be a challenge even in well-established research centers in the West.

However, WCMC-Q Dean Javaid Sheikh, who relocated from Stanford University in 2007, believes that all of these challenges can be overcome. He believes that the key to building a successful biomedical research enterprise is recruiting and retaining a critical mass of researchers with long-term commitment to the region. His plan to attract such skilled scientists involves fostering cross-border academic collaborations, organizing international conferences in Qatar, setting up local training and mentoring efforts, and establishing technology transfer programs from the home New York campus. These efforts combined with generous start-up packages are already yielding very positive results. Qatar's deep pockets allow it to attract world-class talent in an international environment of research cutbacks and diminishing funding sources. Sheikh believes that once a critical mass of researchers is recruited and trained, a self-reinforcing virtuous cycle will be set into motion—and the process has already begun.

Qatar has set the bar high with its goal of becoming a knowledge-producing economy at record speed. But the country holds some strong cards: a clear vision, highly committed leadership, and abundant resources to devote to the cause. Clearly, most Arab states lack the resources to undertake such expensive projects. One notable exception is Saudi Arabia, which opened the King Abdullah University of Science and Technology (KAUST) in 2009 with a $10 billion endowment. But access to these new higher educational institutions in the wealthy Persian Gulf nations can be expanded to talented students throughout the region. Moreover, significant research cooperation can be encouraged among them, and with leading research institutions around the world. Such efforts are already happening on the ground and should be encouraged by the US and the rest of the developed world.

The consequences of delaying higher education reform in the Arab world are dire. Lacking opportunities at home, the best and brightest will continue to migrate, and the resentment of the large numbers of frustrated graduates with few prospects will continue to rise. The key to long-term regional stability is providing Arab youth with higher education that gives them an opportunity for decent jobs and secure futures.