How are Russia and China responding to the Caesar Act? 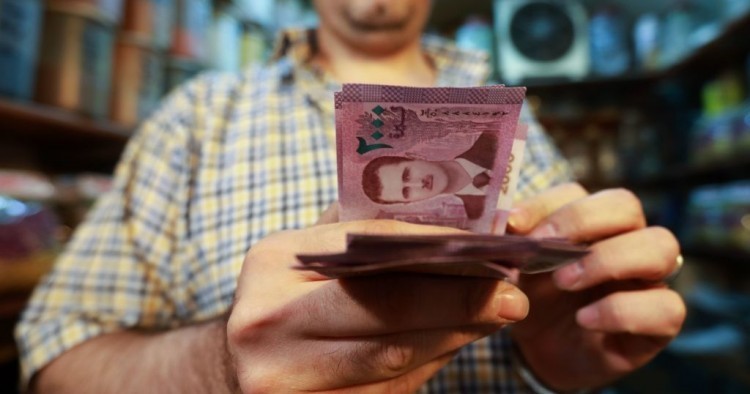 The Caesar Civilian Protection Act sanctions on Syria, which were signed into law by U.S. President Donald Trump in December and took effect on June 17, have polarized the international community. Most European countries have supported the Caesar Act’s use of sanctions to punish Syrian President Bashar al-Assad for war crimes, but Russia and China have stridently criticized the legislation. The Russian Foreign Ministry has condemned the Caesar Act for targeting “ordinary Syrians,” as it exacerbates the depreciation of Syria’s currency and increases the prices of essential goods. China’s Permanent Representative to the United Nations Zhang Jun has similarly warned that imposing additional sanctions on Damascus during the COVID-19 pandemic will exacerbate Syria’s humanitarian crisis.

Russia and China’s opposition to the Caesar Act has also impacted their conduct in the U.N., as both countries see the sanctions bill as a subversion of Syria’s sovereignty. On July 8, both countries blocked aid deliveries from Turkey to Syria, as they argued that the Syrian government should be the exclusive distributor of humanitarian assistance. Although Russia and China present a common front against U.S. unilateralism, it remains unclear whether either country will provide sufficient reconstruction investments to counter the impact of sanctions on Syria.

After the Caesar Act came into force, Russian media outlets responded by expressing solidarity with Assad and condemning U.S. policy toward Syria. In a June 18 article in Moscow-based newspaper Kommersant, former Russian Ambassador to Algeria Alexander Aksenenok, who had previously expressed discontent with Assad, changed tack by stating that the Caesar Act is a “test of Russia’s ability to keep the Syrian regime afloat.” Danila Krylov, a researcher at the Center for Oriental Studies, expressed similar sentiments to Izvestia, arguing that the Caesar Act sanctions aimed to derail Syria’s constitutional process and the construction of a “new Syrian state” under Assad’s rule.

Russia has also reaffirmed its commitment to investing in an Assad-led reconstruction process. This goal was articulated publicly by Russia’s Deputy Foreign Minister Mikhail Bogdanov on July 21 and by Russian Foreign Minister Sergey Lavrov during his surprise trip to Damascus on Sept. 7. In the days leading up to Trump’s signing of the Caesar Act on Dec. 21, Russia took steps toward securing reconstruction contracts with the Syrian government, which could take effect once the civil war abates. On Dec. 16, the Syrian Parliament approved deals with two Russian companies to extract oil from three major oil deposits. Igor Matveev, the former head of the Trade and Economic Division of the Russian Embassy in Damascus, believes that Russia might contribute to a $500 million redevelopment of Tartus port and the construction of a $200 million fertilizer plant in Homs.

Despite these reconstruction-related negotiations, the risk of secondary sanctions has prevented Russian companies from announcing major investments since June. Russia’s caution has frustrated Syrian officials, who expected an influx of Russian investments in Syria’s war-torn economy. However, influential experts such as Russian International Affairs Council (RIAC) Director-General Andrey Kortunov have urged Syria to “self-finance” its economic reconstruction. According to Matveev, this process would require Syrian officials to collaborate more closely with private entrepreneurs and hinge on the creation of a more “Syria-friendly” environment within the international community. As Assad continues to resist economic reforms and the EU is unlikely to defy U.S. preferences on Syria in the near future, Russian officials hope that the Caesar Act will be diluted over time through sanctions waivers and an easing of U.S. restrictions on humanitarian aid entering Damascus’s hands.

China’s response to the Caesar Act sanctions on Syria

Chinese press coverage of the Caesar Act closely resembled the anti-American tenor of Russian news outlets. In a June 25 interview, Wang Jin, an associate professor at the Middle East Institute of Northwestern University in Xian, stated that the Caesar Act provided an “excuse for sanctions against Russian and Iranian companies.” A July 11 article in The People’s Daily accused the United States of politicizing Syria’s humanitarian crisis and claimed that “illegal” U.S. sanctions “recklessly suppressed the Syrian government and its people.” Chinese state-aligned media outlets also emphasized the imperative for Beijing to resist U.S. unilateral sanctions against Syria. These sentiments encouraged China to lead a coalition of 26 countries against U.S. sanctions policy at the U.N. on Oct. 5.

Syrian officials view China’s strident condemnations of the Caesar Act as a sign that Beijing would be willing to invest in an Assad-led reconstruction process. On Dec. 22, Assad emphasized the potential profitability of Chinese investments in Syria and stated that his government was engaging with Chinese officials on means of evading U.S. sanctions. Syrian officials also hope that China could invest in port construction on Syria’s Mediterranean coast, as a hedge against U.S. pressure on the Israel-China relationship. In spite of Syria’s optimism, Chinese officials have spoken obliquely about long-term reconstruction investments. China has framed its medical aid provisions as a form of resistance to the Caesar Act, but faced criticism in early April for only supplying two small boxes of protective equipment to combat COVID-19. China has also not followed Russia’s example by signing preliminary reconstruction contracts in Syria’s oil industry, even though that sector has been especially open to external investment.

Due to China’s ambiguous position on reconstruction investments, experts in Russia and the United Arab Emirates (UAE) are increasingly skeptical of Beijing’s desire to invest in Syria. Vladimir Bartenev, an academic at Moscow State University, stated in March that China, Russia, and Iran combined would only be able to provide $30 billion in aid to Syria over a decade. Igor Matveev similarly believes that “new sanctions will postpone China’s involvement in the reconstruction effort.” The Emirates Policy Center, a leading Abu Dhabi-based think tank, described China as a “loser” from the Caesar Act and argued that Beijing’s reduction of investments in Venezuela would serve as a precedent for its handling of sanctions on Syria.

Although Russia and China have consistently defended Assad from international opprobrium since the start of the Syrian civil war, the Caesar Act complicates plans by both countries to invest in Syria’s reconstruction process. In spite of their strident criticisms of U.S. sanctions policy, both Russia and China will likely take an incremental approach to investment in Syria and hope that a de-escalation of hostilities will dilute the Caesar Act in the months and years to come.

Samuel Ramani is a DPhil candidate at the Department of Politics and International Relations, specializing on Russia-Middle East relations and the dynamics of protracted conflicts in the MENA region. He can be followed on Twitter@samramani2. The views expressed in this piece are his own.