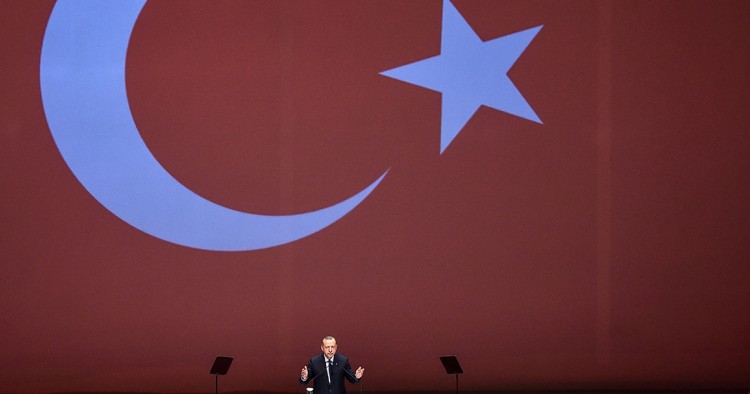 One of the key driving forces behind Turkey’s Libya policy is its desire to redraw the maritime boundaries in the eastern Mediterranean established by Greece’s bilateral agreements with Egypt and the Republic of Cyprus. To that end, Turkey signed a deal in late November 2019 with Libya’s UN-backed government of Prime Minister Fayez al-Sarraj demarcating the two sides’ Mediterranean territory. To support Sarraj, Ankara’s sole ally in the eastern Mediterranean—aside from the Turkish Republic of Northern Cyprus, which only Turkey recognizes—Turkey sent troops to aid in the fight against Khalifa Hifter of the self-styled Libyan National Army. Turkish president Recep Tayyip Erdogan hopes Ankara’s military involvement in the North African country will change the status quo in the eastern Mediterranean, but instead of sending troops to Libya, Turkey should be sending its diplomats to littoral states such as Egypt, Israel and Lebanon.

A Dispute Over Definitions

Since the discovery of sizeable gas reserves in the eastern Mediterranean in 2009, coastal states have been mired in a dispute over maritime borders. At the heart of the dispute is the lack of an agreed definition of their respective Exclusive Economic Zones (EEZ), maritime areas within which states claim exclusive rights to exploit natural resources, like gas.

According to Greece, the UN Convention on the Law of the Sea (UNCLOS) allows Athens to draw its maritime borders starting from its islands. Turkey is not a signatory to UNCLOS, however, and instead argues that every country’s EEZ starts from its mainland, not its islands. Exacerbating the conflict over maritime boundaries is the Cyprus question. The island has been divided between the Greek Cypriot south and Turkish north since a Greek coup d’état and subsequent Turkish military intervention in 1974. Greece and Turkey have been locked in a conflict over Cyprus ever since and efforts to resolve the issue have repeatedly failed. As a result, coastal states have long resisted efforts to determine the precise boundaries of their EEZs, but the discovery of gas reserves changed that. Greece signed several bilateral agreements, which defined maximal boundaries for Greece and Cyprus, leaving a narrow strip of water to Turkey. The agreement Turkey signed with Libya, by contrast, establishes an 18.6-nautical-mile maritime boundary and EEZs for each country north and south of the boundary. These EEZs overlap with the area Greece considers part of its continental shelf.

Greece has thousands of islands and by giving them, along with Cyprus, a large maritime jurisdiction, Greece’s bilateral agreements would in effect box Turkey in. Turkey has a long coastline and independent experts confirm that it is entitled to a larger maritime zone. UNCLOS allows a country to stretch its territorial waters only twelve nautical miles out to sea, while the EEZ can extend for a total of two-hundred-miles. But there’s a problem: The Mediterranean littoral states are close enough together that these two-hundred-mile zones overlap—a problem that is particularly acute in the case of Turkey, Greece, and Cyprus. That is why EEZs in the Mediterranean should be determined through bilateral agreements between the coastal states. But Turkey’s agreement with Sarraj is unlikely to give Ankara a way of changing the status quo. The obvious problem is that although Sarraj’s government is recognized by the UN, there is ongoing fighting in Libya and the fate of the Tripoli-based government is far from certain.