Informal Governance and Role of State in Cities in Developing Countries: Comparing Karachi and Cairo 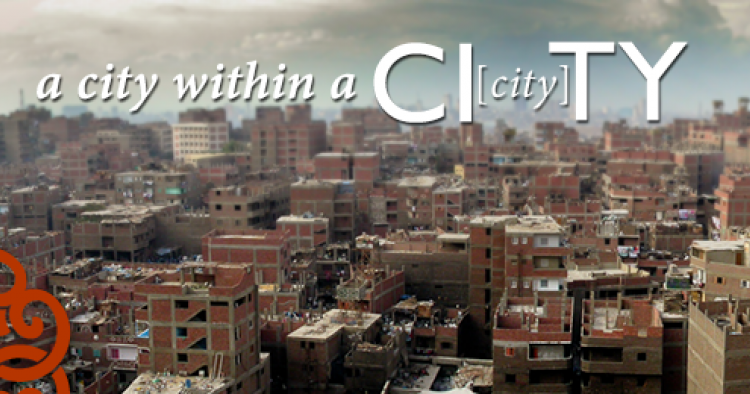 In such settlements, informal governance has become a norm, and the settlements could be viewed as a "city within a city." Informal governance in these cities is linked to informal economies and informal settlements that are no longer at the periphery of the system but, rather, an integral part of it. Data and literature show that slum populations increasingly rely on informal sources for their livelihoods and necessities of daily existence. From informal housing to ensuring the protection of life and assets (whatever people possess thereof), to earning a livelihood, the state does not seem to be playing a traditional role.

This phenomenon is of acute importance in the megacities of the Islamic world. The Islamic world is facing extreme instability as governments fall or resist public wrath in various countries, and there are hardly any role models to follow in terms of pluralistic and accountable, formal governance. Furthermore, the specter of Islamic radicalism is still at large. The issues of rapid urbanization, growth of informal settlements, and the entrenchment of informal governance thus become more significant in their case.

Where state authority is weak, non-existent, unwilling to play its role, or lacking legitimacy, informal processes and actors seem to have taken control to provide basic services to the burgeoning populations that live in these cities. Whether the state is missing in action on purpose, is ineffective, or is simply colluding with non-state actors to gain dividends from an informal economy is open to debate. However, it could be argued that the governance structure and practice in such a situation is bound to create new or parallel centers of power. The resultant contestation between collaborative or competing centers of power is also likely to create a sense of insecurity for the denizens of these cities, in particular the slum populations. It could be thus argued that the state is not the only actor vying for monopoly over resources and violence.

These are the themes that come to mind when conducting a comparative study of Karachi and Cairo ― two megacities of unparalleled strategic importance. Both are economic hubs and rapidly urbanizing megacities facing insecurity in the form of crime, violence, and political volatility on a daily basis.[3]

According to data provided by the 2006 census, around a quarter of Egypt’s approximately 73 million inhabitants, equivalent to almost half the country’s urban population, live in Cairo.[4] The city plays a particularly important role as the economic and political center of Egypt; most of Egyptian industry, and many jobs in the secondary (manufacturing) and tertiary (services) sectors are located in Cairo.[5]

The city is spatially divided. The richest Cairenes live in gated enclave communities, built by real-estate speculators on military-owned land in the desert outskirts of the capital, while the less privileged urban majority finds housing in informal settlements.[6] Although there is no consensus on the size of informal settlements or the number of people living in them, it is estimated that more than 65% of the population of the Greater Cairo region lives in informal settlements.[7] The informal housing and economy help to provide support to lower-income groups.

However, in reality, informality is no longer the domain of the poor; it has become a major condition for land ownership and housing for the urban lower-middle and middle classes.[8] The various actors involved in the emergence of informal housing development include landowners, private developers, informal service suppliers such as brokers and contractors, state agencies, and formal-sector institutions such as banks.[9]

Karachi represents a similar story. With more than 18 million residents, Karachi is a microcosm of Pakistan’s ethnic and religious diversity. It is the financial hub of the country and is at the forefront of urbanization in Pakistan. It generates 15% of the national GDP, 42% of value added in large-scale manufacturing, 25% of federal government revenues, and 62% of income tax.

Around half of the city’s population lives in slums.[10] A comparison between planned areas and informal settlements in Karachi shows major differences in physical and social conditions related to demography, housing, access to utilities, education, income, and transport usage. Elite settlements have physical and social conditions that are comparable to the developed world and the poorer settlements have conditions comparable to the worst conditions in the developing world.[11] The enormous spatial expansion of Karachi has fragmented it; the neighborhoods are increasingly developing facilities required for urban life, thereby widening social and ethnic divisions. The rich live in secluded colonies, surrounded by armed guards and security systems, and are developing recreational, educational, and commercial facilities in their own areas.[12]

The vast majority of people live in informal settlements that have been developed on government land, illegally occupied by developers with support of government servants, and protected through bribes to the police.[13] The informal sector lobbies government agencies for infrastructure and security of tenure, hires journalists, and engages lawyers to regularize land tenure for informal settlements.[14]

Citizens of Karachi and Cairo, especially in the informal settlements or slums, experience insecurity on a daily basis. State authority is not present in the Westphalian sense of the state; the informal sector is durable in the face of official hostility. In the case of Cairo, some blame  “neglectful” rule,[15] while others point to the state’s refusal to let elected officials control municipal administration, instead preferring “privatization, informalization and NGO-ization.”[16] In Karachi, political parties in collusion with state officials are involved in land grabbing, blurring the lines between informal and formal sectors. In some instances, political parties provide patronage to various criminal mafias. Furthermore, violence in Karachi is a daily reality, and non-state actors have come to challenge the state’s monopoly over violence.[17]

In light of data and research, it could be thus surmised that the state is no longer the only actor fighting for control over resources and violence in rapidly growing cities in the developing countries. Three points need to be considered. First, there is a need to examine the neatly packaged categories of “informal” and “formal” as if large territories of the city are sites of contestation between the state and non-state actors. Second, the governance structure and practice in such a situation is bound to create new or parallel centers of power. Third, the resultant contestation between collaborative or competing centers of power is also likely to create a sense of insecurity for the denizens of these cities, in particular the slum populations.

Viewed within this perspective, both Pakistan and Egypt, two important representatives of the Islamic world, face challenges that are structural and urgent. As the state struggles to comprehend the complexity of asserting its power in the Westphalian sense, implications for regional and global security abound.

[3] With the caveat that the narrative of political violence is different in both cities.

[14] Arif Hasan, “The changing nature of the informal sector in Karachi as a result of global restructuring and liberalization,” Environment and Urbanization, Vol. 16 (2002), pp. 69–78.