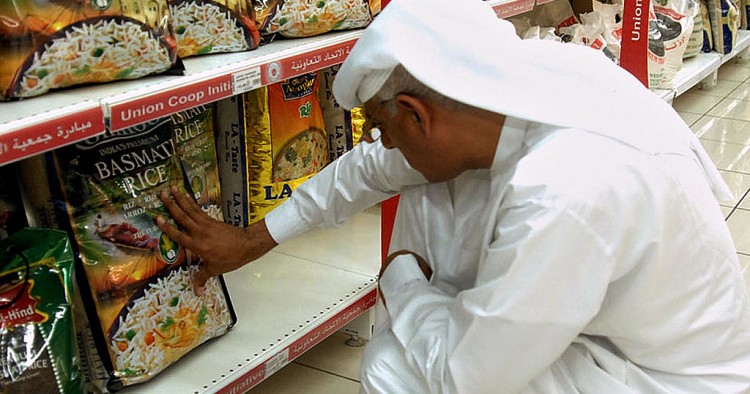 It is easy to overlook the fact that food security could be an issue of concern in the Gulf Cooperation Council (GCC). After all, its member states have some of the world’s highest per capita income levels. Food supplies in the Gulf are normally abundant and stable. Were they to be disrupted, however, it could lead to food security challenges and a chain of adverse consequences for human security, both in the GCC as well as other countries in the Middle East and North Africa (MENA). This risk should not be discounted, not only because the direct impact on human security is important in its own right, but also because of the potential broader security implications.

Food security is actually a constant concern in the GCC, and maintaining it is a matter of state policy linked to both national security and social stability. Environmental constraints on agricultural production and rapid economic and population growth have led to a near total dependence on international markets for food supplies. This has been coupled with a heavy reliance on hydrocarbon export revenues. The region’s food security is therefore deeply exposed to external conditions in two major international commodity markets prone to fluctuations and price volatility. Additionally, when hydrocarbon prices slump for a prolonged period of time, GCC countries’ external and fiscal balances are weakened. As a result, government spending that ensures the stability and affordability of food supplies, along with other living costs support measures, could be curtailed. This coupling of hydrocarbon and food resources, both inextricably linked to trade, affects food security conditions in the Gulf countries.

In addition, much of the trade that is critical to the economies, food security, and stability of the GCC depends on two of the world’s most important maritime shipping chokepoints: the Straits of Hormuz and of Bab al-Mandab. According to the U.S. Energy Information Administration, of all global seaborne traded liquid hydrocarbons about 20 percent passed through the former and five percent through the latter in 2016. Most of the GCC’s liquid hydrocarbon exports head eastwards, to markets in Asia, and in the case of Saudi Arabia, to America as well, travelling through the Strait of Hormuz. Key commodities go the other way too. Of the GCC’s total imports of wheat and coarse grains from the Americas, Europe, and the Black Sea, around 39 percent transit the Strait of Bab al-Mandab and 35 percent pass through the Strait of Hormuz, while 81 percent of rice imports are shipped through the latter.

GCC countries are food secure at the national level because international trade through these waterways is not impeded. Were this to change — for example, in the event of a U.S.-Iran conflict — it could create food security challenges that, if protracted, would eventually become crises.

Food security risks are not uniform in the GCC due to unequal wealth distribution. One-tenth of the population spends over 30 percent of its income on food. Immigrants account for much of the region’s population: 88 percent in the UAE, 74 percent in Kuwait, 76 percent in Qatar, 51 percent in Bahrain, 41 percent in Oman, and 32 percent in Saudi Arabia. Many are poor, low-skilled workers from East and South East Asia, as well as other Arab countries. They do not have access to the financial support systems that GCC nationals do, and they are particularly vulnerable to sudden increases in food prices linked to rising shipping costs and supply disruptions.

To address this issue, GCC countries have invested heavily in strategic food reserves. Most of the MENA region’s facilities for stockpiling grains are in , and supplies can be released from these reserves during acute import shortages. In the event of a spike in food prices due to concerns about the safety of shipping through the Strait of Hormuz or a temporary disruption due to military hostilities, GCC countries could also use fiscal and monetary measures to ease price pressures for consumers.

The alternatives are fairly limited and unsuited to an extended crisis

Of particular concern at the moment are emerging risks linked to the recent sabotage of oil tankers in the Gulf of Oman, which come at a time of already heightened risks for shipping through the Strait of Bab al-Mandab due to the conflict in Yemen. Thus trade risk levels in the two major maritime routes on which the region relies are now elevated, and the alternatives are limited.

is the only GCC country with access to the . This gives the kingdom a partial buffer against food price instability arising from increased costs or shipping disruptions. It would not fully mitigate their impact, however, as imports would have to be transported long distances across the country and through unsafe desert terrain. Food costs would inevitably rise, forcing the government to mobilize strategic reserves and other market stabilizing measures to moderate price inflation and stem potential social unrest.

Aside from Oman, which has ports on the , the remaining GCC countries do not have direct access to alternative shipping routes for food imports. Elevated food price pressures due to a disruption of imports or an import crisis would entail multiple policy interventions, including releasing strategic reserves, using fiscal and monetary measures, and relying on Saudi food re-exports to reduce prices and maintain consumption at fairly stable levels.

Some commodities are more vulnerable than others, however. For instance, rice, the main staple for immigrant workers, is mostly imported from the east. If maritime shipping through the Gulf is disrupted, rice prices could skyrocket. This would erode real incomes and food security among low-income immigrants, and, if not resolved quickly, could spark civil unrest, particularly within the smaller GCC countries, and . Vulnerable immigrants could be exploited by lawless groups and others from restive immigrant populations could become a source of recruitment in neighboring conflict areas. Other local disenchanted groups including constituents could view a food shortage or price crisis as an erosion of state legitimacy and potentially attempt to act upon that perception.

The broader implications for the MENA region are important as well. Although GCC countries have been reducing their employment of workers from elsewhere in the Arab world, remittances from expatriate communities to their home countries remain substantial. They are significant sources of foreign exchange for governments in countries such as Egypt, Jordan, and Lebanon, and a vital source of income for expatriates’ families back home, particularly where vast macroeconomic policy changes have led to steep rises in living costs and widespread economic hardship. In Egypt, GCC remittances are all the more important since transfers from Libya have decreased due to the conflict there. Reduced real incomes among expatriates would mean less money sent home.

Furthermore, actual or perceived food market shortages in the GCC could drive expansion in imports from Morocco, Egypt, Sudan, and Jordan. Any additional agricultural export support measures in these countries would contribute to higher domestic food price inflation, and this would not bode well for food security conditions, which are already a concern.

The countries of the MENA region are extensively interconnected through labor, commodities, financial flows, and porous borders. On the GCC national level, food insecurity is unlikely under peaceful conditions. Yet recent events are a reminder that the region is not immune to the risk of food insecurity if the normal flow of trade is disturbed. The stakes are significant for other countries in MENA as well, given the potential wider regional implications for human security and stability. It would be wise to avoid military conflagrations in the GCC, which could spiral into greater economic distress and chaos across the MENA region.

Amal A. Kandeel advises government, international, and private entities on economic and public policy; natural resources and sustainable development; and conflict/peace and human security issues. The views expressed in this article are her own.