Iran as an Occupying Force in Syria 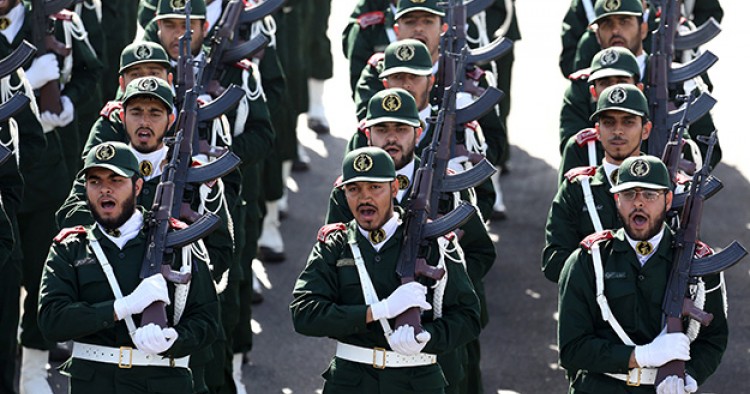 It is no longer accurate to describe the war in Syria as a conflict between Syrian rebels on the one hand and Bashar al-Assad's regime forces “supported” by the Iranian Revolutionary Guards (IRG), Hezbollah, and Iraqi militias on the other. Most major battles in Syria—along the frontlines of regime-held areas—are now being directed and fought by the IRG and Hezbollah, along with other non-Syrian Shi‘i militias, with Assad forces in a supportive or secondary role.

The Iranian regime has spent billions of dollars on weapons and fighters shipped to Syria since the start of the Syrian revolution in March 2011. It has also financed a large part of the economy in the regime-controlled parts of Syria through loans and credit lines worth billions of dollars. The Assad regime would have collapsed were it not for this Iranian support.

One result of this heavy Iranian involvement in the war in Syria has been a change in the nature of the relationship between the Syrian and the Iranian regimes. From historically being mutually beneficial allies, the Iranian regime is now effectively the dominant force in regime-held areas of Syria, and can thus be legally considered an “occupying force,” with the responsibilities that accompany such a role.

The revolution in Syria can therefore also be considered an international conflict that involves a foreign military occupation by Iranian forces and a struggle by the Syrian people against this occupation, as defined by the 1907 Hague Regulations and the Fourth Geneva Convention of 1949.

Recognizing the war in Syria as an international conflict also means that, as an occupying force, Iran has certain duties toward the Syrian population under its occupation. There is sufficient evidence that the Iranian regime and its various forces and militias fighting in Syria have repeatedly violated many of these duties since March 2011.

In November 2014, the campaign group Naame Shaam, of which the authors are founders, released a report on the role of the Iranian regime in the ongoing war in Syria. The report, “Iran in Syria: From an Ally of the Regime to an Occupying Force,” provides many examples of human rights violations, war crimes, and crimes against humanity committed in Syria that would likely not have taken place without the Iranian regime's direct military involvement.

The Iranian regime's adventure in Syria is not just about saving Assad and his regime. Rather, it has been primarily driven by the Iranian regime's own strategic interests. At the forefront of these interests is keeping arms shipments flowing to Hezbollah in Lebanon via Syria, so as to keep Hezbollah a deterrent against possible attacks on Iran's military nuclear program. The other Iranian lines of defense include the government and various Shi‘i militias in Iraq, Hamas and Islamic Jihad in Gaza, and recently the Houthi militias in Yemen.

If the Assad regime falls, Iranian arms shipments to Hezbollah are likely to cease, and Hezbollah would no longer be the deterrence against Israel that it is now. The Iranian regime would therefore feel more vulnerable and would not be able to negotiate from a strong position during nuclear talks with international powers. It may even have to at least temporarily give up its dreams of building a nuclear bomb. Resources in Iran—human, economic, and military—have as a result been mobilized to keep Assad in power.

The U.S. administration has so far been unwilling to intervene in a decisive manner against the Assad regime, the IRG, and Hezbollah. It was providing moderate Syrian rebels with just enough support not to lose the war, but not enough to win it either. Even this support has declined in recent months, and rebel groups have suffered more losses in northern Syria. The Naame Shaam report describes this as a “slow bleeding” policy adopted by the Obama administration toward Iran and Hezbollah in Syria.

The consequences of this policy have been catastrophic for the people of Syria, Lebanon, and Iraq, and they also pose threats to regional and international security. Failing to seriously support moderate Syrian rebels and not targeting the Assad regime and other Iranian-backed militias and forces fighting in Syria has predictably led to the weakening of moderate Syrian rebels. The heavy losses suffered by the Free Syrian Army against both Iranian-backed forces and al-Qa‘ida-affiliated groups in Aleppo, Idlib, and elsewhere in October-November 2014 are but one example of the outcome of a weak U.S. policy in Syria.

One effective way to end the bloodshed in Syria is to link the Iran nuclear talks and sanctions to the Iranian regime's intervention in Syria, Iraq, Lebanon, and Yemen. There is an obvious reason for this: agreeing to lift the sanctions on Iran for the sake of concessions from the Iranian regime about its nuclear program, and without any serious commitment to end its intervention in Syria, Iraq, Lebanon, and Yemen, is effectively giving the Iranian regime a green light to carry on with its policies in these countries and is buying it time to consolidate its regional influence. The Iranian regime must remain under serious political and economic pressure, not only until it gives up its military nuclear program, but also until it ends its destabilizing policies in the region.

The United States and its allies should set an ultimatum for Iran, with a clear timetable of four or six months, to take the following steps:

During this period, the United States and its allies should support Syrian rebels by all means necessary to enable them to be on the offensive against ISIS and Jabhat al-Nusra, as well as the IRG-controlled forces and militias fighting on behalf of the Assad regime. They should also put all their weight behind helping the Syrian opposition to develop into a professional and effective representative of the Syrian people struggling for a free and democratic Syria, where the rule of law prevails. This political and military support should be provided through a unified channel supervised by the United States and the EU, rather than leaving it to various regional and international players with conflicting agendas.

If Iran fails to accede to these demands for it to cease its regional interventionism, the United States and its allies should put on the table a UN Security Council resolution under Chapter VII imposing safe and unhindered humanitarian access to conflict zones and people in need throughout Syria. If Russia and China veto this, then the United States and its allies should act unilaterally—in line with the international “responsibility to protect” norm—by securing rebel-held areas, imposing no-fly zones, and protecting the Syrian people from war crimes.

Only the credible threat to use force may convince the Iranian regime to end its destabilizing policies in Syria, Iraq, Lebanon, and Yemen. Other options will probably lead to the IRG expanding its influence in the region—and perhaps eventually to Iran having the confidence to move ahead with producing a nuclear weapon.