Iran’s Moment of Truth with Maliki 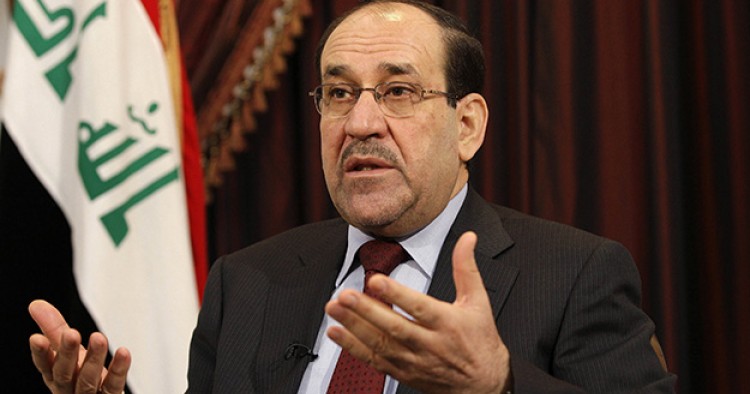 The swift and violent rise of the Islamic State in Iraq and Syria (ISIS) continues to rattle the cages of power in Tehran. Overnight, Iran’s ally in Baghdad, Prime Minister Nuri al-Maliki, is suddenly fighting for his political life and the country of Iraq, which he had largely inherited from the Americans. Maliki has been a solid friend of Iran, but rapidly shifting realities inside Iraq can turn him into an expendable ally, making him more into a liability than an asset.

Still, there is no strong consensus in Tehran about what to do next in Iraq. Hawkish voices see the rise of ISIS as part of a zero-sum game against Iran’s rivals, particularly the United States, Turkey, and the Gulf Arab states, and are more inclined to support Maliki staying in power. There are, however, also those Iranian voices that are hinting that Iran should start preparing for a post-Maliki era. These voices, primarily found in President Hassan Rouhani’s moderate faction, are interested in collaborating with the United States and bringing about a more inclusive Iraqi government.

The Debate in Tehran

Tehran’s shock at ISIS’s battlefield successes has been splattered across the Iranian media since the band of anti-Shi‘a and anti-Iran Sunni militants captured Mosul on June 10. For the first time since the onset of the “Arab Spring” in early 2011, officials in Tehran see a need to reassure an anxious local public. Tehran just announced a 50 percent hike in the salaries of its border guards, and last week on a trip to a province close to the Iraqi border, Rouhani vowed that Iran’s borders with Iraq are sealed and that ISIS will not be able to come crashing through. That such assurances are suddenly seen as necessary is both unusual and is evidence that Iran is feeling the heat of the sectarian wars in Iraq and Syria as never before. Meanwhile, ISIS commanders continue to pledge to capture and flatten Qom and Mashhad in Iran, two Shi‘i holy cities that the group considers the embodiment of apostasy. Tehran should be expected to remain consumed with ISIS as the rampage continues.

In the pursuit of Tehran’s main objective—maintaining as much influence in Iraq as it can—Maliki’s fate is of secondary strategic significance to both hawks and moderates.

Though ISIS is not yet an existential threat to the Iranians, its triumphant armed campaign has put a big question mark over the head of Maliki, who Iran has carefully nurtured and backed since his first election in 2006. Up until the fall of Mosul, Tehran was expected to back the Shi‘i prime minister for a third term following April’s parliamentary elections. Though the Iranians are still publicly committed to Maliki, they are at the same time performing a cost-benefit analysis about his future. His Shi‘a-centric policies are widely judged by moderates in Tehran to have alienated Iraq’s Sunni minority, thus paving the way for ISIS and other Sunni militants to easily capture Sunni-populated regions.

Indeed, Rouhani and his supporters have shown little open sympathy for Maliki the man and appear to tacitly admit his responsibility for the ISIS crisis. As such, they speak of Iran’s readiness to assist the “Iraqi government” against ISIS should Baghdad officially ask for help. Rouhani’s public distancing from Maliki is part of a strategy to keep all options open, as Rouhani does not want to be blindsided by political deal-makings by Maliki’s Shi‘i opponents in Baghdad who might nominate an alternative to the prime minister.

Additionally, Iranian moderates around Rouhani are looking at the crisis as an opportunity for U.S.-Iranian cooperation. Both countries would like to see ISIS defeated, and Rouhani and the Obama White House initially indicated that collaboration was possible.

Rouhani’s faction is apparently inclined to nudge Maliki to ditch his bid for a third term, something that Obama has suggested is needed before the United States decides the extent to which it is willing to assist the Iraqi military in fighting ISIS. An American-Iranian understanding that Maliki must step down amounts to the closing of a chapter that began in 2010 when Iran and the United States brokered a deal that secured Maliki’s then second term despite the fact that his party had failed to secure the largest share of the vote in the March parliamentary elections that year.

The hawks in Tehran, however, appear to be of a different view. Instead of focusing on how Maliki failed in the last eight years to re-integrate disillusioned Sunnis into Iraq’s political scene, they obsess about perceived plots behind the rise of ISIS. Iran’s Supreme Leader, Ayatollah Khamenei, stopped just short of accusing Washington of being behind ISIS as part of a plan to turn Iraq into a “puppet state.” Khamenei made it clear that not only will Iran not cooperate with Washington, but that it is even against a U.S. military intervention to aid the beleaguered Maliki government. Khamenei has not forgotten the last time the moderates in Iran pushed for tactical cooperation with the United States, which was in late 2001 when Iran provided the Americans with valuable assistance in ridding Afghanistan of the Taliban. The regime then felt extremely slighted when President George W. Bush shortly after labeled Iran as part of the “Axis of Evil.”

Despite Khamenei’s disapproval of the U.S. military returning to Iraq, an American neutralization of ISIS would probably be preferable in Tehran to Iranian military boots on Iraqi soil.

Khamenei evidently believes that the price the United States would exact for military intervention is either Maliki’s departure or his submission to U.S. demands. The media debate in Iran suggests that this includes a revisiting of the U.S.-Iraq Status of Forces Agreement, which from Tehran’s perspective will likely mean Baghdad distancing itself from Iran. Given that Khamenei has the last word in Tehran, his opposition to collaboration with Washington in Iraq is—at least for now—the end of that debate.

This policy of non-cooperation with the United States, however, does not solve Iran’s quandary in Iraq or alleviate its fears of losing influence there to its regional rivals that it says are bankrolling ISIS. Above all, Tehran is hardly in a position to stop American intervention in Iraq, since it is Maliki who is frantically asking for it. It was telling that Tehran showed no public reaction to the immunity agreement that Washington and Baghdad reached on June 23 that exempts from local law the 300 U.S. special operations forces that Obama has ordered into Iraq.

Regardless of the U.S.-Iraqi path forward, Tehran still has to make a strategic choice about best ways to counter the ISIS threat. It was only days ago that Khamenei’s closest foreign policy advisor, Ali Akbar Velayati, said that both the United States and Iran “are against terrorism in Iraq.” But Velayati also said in the same interview that Iran has the “Syria model” in mind in its planning to aid the Maliki government.

In other words, it would deploy even more Iranian advisors to Iraq, mobilize pro-government militias, and provide robust diplomatic support for Baghdad. The big difference from Syria, however, is that the Iraqi armed forces have proven to be in shambles, and Maliki’s political support base at home—even among his Shi‘i community—is increasingly under question. It would be unlike the Iranians to bank only on Maliki and his haphazard government forces to guard Tehran’s long-term objectives in Iraq.

To be sure, despite different policy preferences in Tehran, moderates and hawks both want to maintain Iran’s influence in Iraq. For now, the two factions agree on the need to quickly support Baghdad’s armed forces—currently led by Maliki—against the forces of ISIS. And despite Khamenei’s disapproval of the U.S. military returning to Iraq, an American neutralization of ISIS would probably be preferable in Tehran to Iranian military boots on Iraqi soil. Tehran is wary of the implications that an overt Iranian intervention would have on sectarian tensions, not just in Iraq but elsewhere in the region, and the further damage such an intervention would cause to its image and interests in the Arab world. In the pursuit of Tehran’s main objective—maintaining as much influence in Iraq as it can—Maliki’s fate is of secondary strategic significance to both factions.