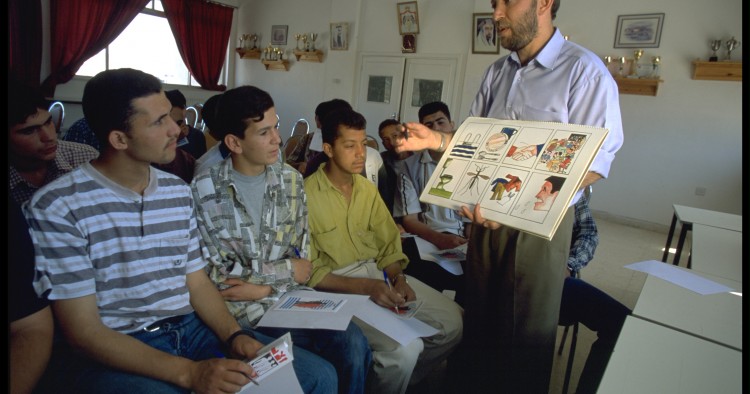 For nearly eight years — since May 2004 — the Substance Abuse and Mental Health Services Administration (SAMHSA) of the US Department of Health and Human Services (HHS) has partnered with the Iraqi Ministry of Health to help Iraq re-establish its behavioral health service system. HHS and SAMHSA have learned much from this effort about improving behavioral health services in the US, particularly for Muslim populations and for persons experiencing extended trauma.

The impact of war on the Iraqi population cannot be overstated. The lingering effects of over 30 years of war and an unpredictable and brutal regime are still present today and there is a clear need to help Iraqis rebuild professional and personal trust in each other. Even though the goal of the Iraq-SAMHSA collaboration has been rebuilding Iraq’s behavioral health services sector, clearly its key impact has ultimately been in helping the Iraqis restore this trust. Significantly, one of SAMHSA’s first actions was to support the participation of Dr. Nesif al-Hemiary, now a leader in substance abuse services in Iraq, in the Global Mental Health Trauma and Recovery Program of the Harvard Program in Refugee Trauma in 2004 and 2005, where he learned that healing trauma in a country experiencing war and strife is the foundation for rebuilding mental wellbeing and regaining trust.

Since its formal inception, the partnership between Iraq and SAMHSA has featured the following:

The work of rebuilding Iraq’s behavioral health services involved two key approaches. First was strategic planning through the convening of two “Mental Health Action Planning Conferences” in 2005 and 2006 during which participants from all regions of Iraq, both male and female, and representatives of multiple health professions, met to develop strategies for reestablishing behavioral health services. Second was manpower development through enabling the Iraqis to participate in relevant trainings, such as the Harvard training noted earlier and to visit host sites in the US that had expertise in the program areas the Iraqis wanted to implement in Iraq — through the Iraq-SAMHSA Initiative.

These Action Planning Conferences introduced Iraqis to medical standard concepts of mental illness, mental health, and substance abuse, and presented them with concepts of leadership and team-building in behavioral health services.[1] Common themes and priorities emerged from these conferences and previewed the kinds of interventions and activities the Iraqis wanted to observe in the US:

In the summer of 2008, Iraq and SAMHSA launched the Iraq-SAMHSA Initiative, bringing six teams of four members each to the US for three weeks to learn and observe behavioral health interventions; these teams then received ongoing technical assistance from SAMHSA, the host sites, and the Planning Group on Iraq Mental Health for a year after their return to Iraq. Again in the fall of 2010, another six teams of Iraqis came to the US for four weeks of learning and observation at host sites, followed by a year of technical assistance.

First Cohort:[2] In the summer and fall of 2008, the Iraq-SAMHSA Initiative brought six multidisciplinary teams of Iraqi behavioral health providers to visit various host sites in the US to learn about interventions they wanted to implement in Iraq. Each team spent three weeks at one or more host sites to learn and observe behavioral health interventions in a particular area the team wanted to address in Iraq. Two of the six teams visited sites to learn about trauma services, one team visited a host site to learn about community-based services that enable persons with mental illnesses to remain at home, another team observed inpatient and outpatient substance abuse services, a fifth team observed children’s mental health services in schools, and a final team learned about mental health services for the elderly. After their visits with the host sites, the teams returned to SAMHSA to report on their observations and plans.

A key feature of this activity, but one fraught with logistical problems, was the ongoing two-way training and technical assistance between the Iraqi team members, their host sites, and their SAMHSA project officers. For example, Summit Pointe, the host site for the team on mental health services for the elderly, held regular conference calls with their colleagues in Baghdad, and participated in Iraq’s Third National Mental Health Conference in Baghdad in October 2008.  SAMHSA, the Veterans Administration (VA), and Summit Pointe held conference calls with the team from Basra to hear about the training they had already provided and their progress in locating and staffing a trauma center called the “Sara Center” with the support of Iraq’s MOH. SAMHSA also sponsored several Planning Group members to meet with teams from this “First Cohort” in the fall of 2009 in Baghdad to discuss their progress and challenges.

Second Cohort:[3] SAMHSA and the Ministry selected six teams of Iraqi behavioral health professionals to participate in the Second Cohort of the Iraq-SAMHSA Initiative, with funding support from both Iraq’s MOH and from SAMHSA. The six Iraqi teams who visited the US in the fall of 2010 observed trauma services, this time at a variety of award-winning trauma-informed care and services sites on the East Coast, and substance abuse services again at the INOVA Fairfax Comprehensive Addiction Treatment Services program (CATS) and now also at the Pacific Southwest ATTC at UCLA. Johns Hopkins again hosted an Iraqi team to observe school-based mental health services, and the Children’s National Medical Center again hosted a team to observe services for mothers and children with serious mental illnesses. Maryland’s Department of Health and Mental Hygiene, Division of Forensic Services, hosted a team to observe forensic psychiatric services. SAMHSA and the Planning Group now receive monthly updates from the Second Cohort teams.

A monograph on the Second Cohort’s activity is under development, which will likely feature highlights such as the following:

Building on the activities of the Second Cohort’s substance abuse team, the State Department’s Bureau of International Narcotics and Law Enforcement Affairs (State/INL) is partnering with SAMHSA to help Iraq establish a Center of Excellence on Substance Abuse Services in Baghdad. SAMHSA has engaged Dr. Richard Rawson of UCLA’s Integrated Substance Abuse Programs (ISAP) to work with Iraq’s Ministries of Health and Higher Education to develop the Center’s capacity to train Iraqis in providing services for substance use disorders (SUD), to conduct epidemiological studies to determine and address Iraq’s specific substance abuse problems, and to integrate substance abuse services into primary care.

Specifically, Dr. Rawson and ISAP will work with selected subcontracted organizations (Cairo University, SKOUN Lebanese Addictions Center, and Inova CATS in Virginia) to train a core group of Iraqi medical professionals who will disseminate the clinical and research expertise more broadly into the larger nationwide SUD service systems. The primary activities will include intensive clinical training for Iraqis in Cairo and Beirut, service administration training in the US (SBIRT training at UCLA, and clinical management at Inova Fairfax), facilitating a Rapid Assessment of substance use in Iraq and the establishment of a Community Epidemiological Workgroup in Iraq, holding the first annual substance use conference in Baghdad, and enabling Iraqis to participate in SUD-related research activities and conferences.

[2]. For information on the efforts of the team from Basra, Iraq to establish a trauma center, see “Iraq Mends a System to Treat Trauma,” The New York Times, January 31, 2010.