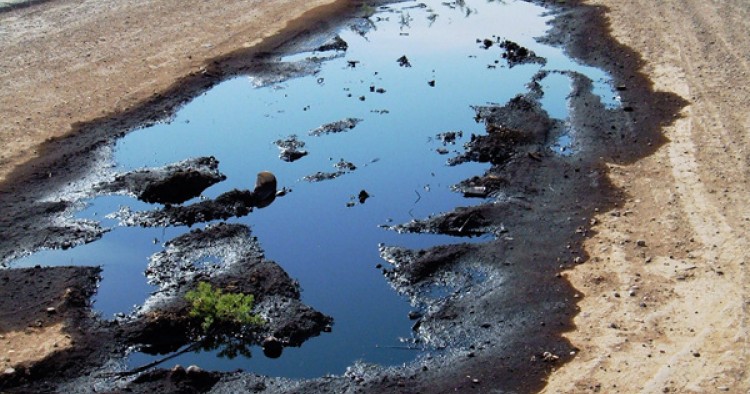 The first rounds of bidding to develop Iraq’s oil fields were perceived to have been a failure because only the BP-led consortium accepted Iraq’s bid parameters. However, the second round - with seven groups of international oil companies (IOCs) eventually signing contracts to develop fields and two more deals from the first round signed - was a success. This represented a major breakthrough not only for Iraq (particularly because the terms negotiated are very favorable to the host government), but also for Iraqi Oil Minister Husayn Shahristani, who almost singlehandedly pushed the licensing round policy. Nevertheless, some potential problems lie ahead.

The major fields and the companies that will develop them are:

While these fields represent a majority of Iraq’s discovered and producing acreage, it is important to point out that most of the fields awarded are located either in Basra Province or one of the surrounding southern provinces. This has several noteworthy implications. First, the residents of these provinces will be looking to the oil companies to provide jobs and to return some of the oil production earnings to them. Yet, contrary to the residents’ perceptions, the contracts are structured so that the companies will merely improve production, leaving all of the other financial details to the central government. Furthermore, the Iraqi central government wants to limit the amount of money that is allocated to these oil-producing provinces in favor of federal projects.

Discontent may spread among the residents of Iraq’s oil producing provinces, who are likely to feel cheated not only by the federal government but also by the IOCs. In fact, this scenario has already started to play out at Alahdab field, where local residents say that the Chinese have not hired anyone locally and have brought in their own workers. The persistence or intensification of this discontent is problematic at two levels. At the micro level, the disgruntlement could lead to instability, as has occurred in the Niger Delta region of Nigeria. At the macro level, the issues are more numerous and complex. At the top of the list is the absence of a legal framework for apportioning the revenues accrued from oil production. Impeding efforts to establish this framework are the competing concerns of Iraq’s three main ethnic/sectarian groups: the Sunnis, who still feel that they have no stake in the new Iraq or its oil; the Shi‘a, who feel that they do not receive enough of the oil revenues; and the Kurds, who are wrangling with the central government over their rights to produce and sell oil. This contention over the hydrocarbons law and revenue sharing stems from the fact that there is not yet an agreed upon social contract binding the state together. Put differently, Iraqis have yet to agree on the most fundamental of state functions and where sovereignty lies. The stakes will only be higher as oil revenue begins to increase and as some regions and provinces begin to develop more rapidly than their neighbors. Whether they know it or not, many of the major oil companies are now at the center of this potential maelstrom.

The second major issue is what is likely to be a disparity between promises and results. Iraq has embarked upon one of the most ambitious oil development plans in history. Iraqi Oil Minister Husayn Shahristani has declared that Iraq’s production would reach six million barrels per day (bpd) within three years and over ten million bpd within seven years. Most analysts do not believe that these goals can be attained. However, setting such overly ambitious goals risks creating unrealistic expectations which, if unfulfilled, are apt to cause peoples’ confidence in the central government to erode. Some political groups (e.g., the Sadrists) might exploit the situation by fomenting unrest in order to undermine establishment politicians.

Setting unrealistically high oil production goals also unnecessarily antagonizes Iraq’s neighbors, particularly Saudi Arabia and Iran, adding a new dynamic to the already complex relationships between the three countries. Were Iraq to reach the six million bpd threshold, it would begin to challenge Saudi Arabia’s role as OPEC’s leading producer. Reaching that threshold also would complicate Iraq’s relationship with other OPEC members, which might seek to limit Iraqi production because of price concerns. Whether Iraq will accept such limitations, given the years of sanctions and lack of investment in the oil sector, is an open question.

Equally uncertain is the role that Iran might play should the situation in the Gulf deteriorate. For example, in the event of a military strike against Iran, the possibility of Iranian retaliation against Western oil interests (i.e., oil companies operating near its border) cannot be ruled out.

Finally, Iraq has yet to finalize all of the legal frameworks associated with signing the development contracts with the IOCs. Nor do its laws adequately address some of the questions raised in the Iraqi Council of Representatives. What if a new prime minister or Council of Representatives seeks to change or dissolve the contracts that have already been signed? This issue is particularly important now that the Sadrists have a significant bloc in the Council and historically have sought to undermine the Oil Minister and the contracts he promulgated, which they believed were not in Iraq’s best interests.

While the aforementioned issues are numerous and complex, international oil companies can take steps at the local level (i.e., in Iraq’s southern provinces) and Iraq’s central government can adopt measures at the national level to address them.

The central government must initiate an education campaign highlighting the role of the IOCs in Iraq and the need for the technology and investment they bring in helping to develop Iraq’s fields. This must be coupled with a transparent policy that spells out precisely how much of the revenues will be returned directly to the producing provinces. The IOCs can, and should, help Iraq reach this target, not by directly talking to Iraq’s government, but by lobbying their own governments to push Iraqi leaders and the United Nations to draft such a policy and widely disseminate it. Iraq’s constitution stipulates that provinces which previously had been unfairly deprived of resources could be compensated. Applied judiciously, this provision could be used to placate both the southern provinces and the Sunni provinces, which, since 2003, have been deprived.

In addition to a transparent policy on revenue distribution, the federal government should clearly outline an energy strategy for the country that includes the development of the energy sector and the surrounding infrastructure. This would help stimulate construction in the provinces where oil is being produced, which in turn could alleviate some of the popular discontent.

The oil companies have already done some things right in training Iraqi oil engineers on new technology outside Iraq. This needs to turn into a comprehensive program to develop a cadre of local technocrats who can be genuine partners for the IOCs in the years to come. Such a program would involve identifying talented students, offering them scholarships to study engineering and other fields needed for Iraq’s upstream and downstream oil development, and enabling them to gain hands-on experience with the IOCs themselves. The IOCs must ensure that they do not become benevolent foundations, which would only engender more problems. They should target projects and sectors that would aim both to quell discontent and to serve their interests where they operate.

While the situation in Iraq is fraught with many pitfalls and dangers, there is a huge potential to create model policies which, if developed and implemented effectively, could mitigate many of them. The Iraqi government and the major oil companies operating there would be well advised to look beyond the narrow view of oil development and think of this as a broad step towards better institutions and a more stable state.