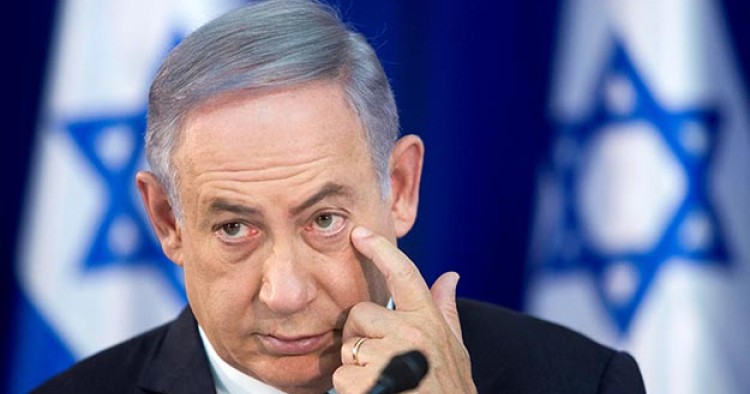 Any Middle East observer would find a question about the basic posture of Israel vs. ISIS a practical no brainer. Such an observer would confidently state that these two entities are staunch enemies, currently engaged in multiple types of warfare and destined to continue on that path. For Israel, according to this intuitive rational, ISIS is but another link in a long chain of terror entities sworn to its destruction, much like Hamas, Hezbollah, Palestinian Islamic Jihad, and many others. For ISIS, the narrative would continue to claim, Israel is a natural primary target.

But the reality is very different. Israel and ISIS have both—perhaps surprisingly—demonstrated high levels of restraint toward one another. Israel is not part of the international coalition fighting ISIS, and the jihadist group has yet to mount any serious attack on Israel-proper. ISIS rhetoric toward Israel is also limited in volume and even less brutal in tone compared to ISIS’ other enemies, mainly Shiite Muslims and Arab regimes.

At the basis of the mutual policies between Israel and ISIS lie two sets of careful strategic calculations. The ISIS calculus prioritizes its core interest, namely the intra-Muslim and intra-Arab fight for religious, political, and cultural dominance. This is a domain in which Israel is almost irrelevant, and certainly cannot serve as a wedge issue. If at all, it is a broad common denominator, hence counterproductive for ISIS’ purposes. In addition, ISIS may well wish to defer its fight with Israel to a later stage. Presumably, if and when a caliphate is well-established, the time will come for ‘the march on Jerusalem.’ Like other radical Islamist movements, ISIS’ perspective is extremely long in terms of time. Unlike its Western enemies, it has strategic patience.

The Israeli calculus contains different elements, but arrives at a similar outcome. Israel prioritizes its clear and present enemies and threats. As long as the Iranian nuclear program was a developing threat, it took precedent over any others. In the post-J.C.P.O.A. era, Iran is still the primary threat, but now due to its regional hegemony strategy in its various incarnations, such as attempts to create a permanent footprint in Syria and on the Golan Heights, ongoing support of Hezbollah and Palestinian Islamic Jihad, and political subversion of Israel-friendly Arab regimes. Most importantly, in the bigger scheme of things, Israel positions itself clearly on the side of the so-called ‘pragmatic Sunni regimes’ led by Saudi Arabia, in a pseudo-coalition against the Iran-led Shiite parts of the Muslim world. In that juxtaposition, ISIS is a tertiary threat, after Iran and closer-to-home terror outfits such as Hezbollah, Hamas, and Palestinian Islamic Jihad.

That said, ISIS—and al-Qaeda—are of course considered threatening, and in fact have claimed responsibility for a number of attacks in recent years. ISIS affiliates have a strong and menacing presence in the Golan Heights and the Sinai Peninsula, as well as the Gaza Strip. They have also transgressed into the West Bank and even into the Israeli Arab community, admittedly in miniscule numbers. The Israeli media has also reported on ISIS sympathizers expressing themselves in significant numbers on Israeli social networks.

The clear difference in priorities between Israel and its strategic partners, mainly the United States and major European countries, does not go unnoticed. Israel finds itself marginalized for not partaking in the anti-ISIS coalition, as multiple international and regional actors are fighting ISIS in its own backyard. While it has apparently come to a certain agreed modus operandi with Sisi’s Egypt in the Sinai, with media reports suggesting actual military cooperation between the I.D.F. and the Egyptian military in the fight against the local ISIS affiliate there, nowhere is Israel’s ISIS policy more challenged than in Syria.

With the United States and its partners focused on defeating ISIS in Syria, and investing untold political capital in trying to sway Russia’s policy in that direction, Israel is once again alone in the opposite corner of the ring. Consistent and laser-focused on its Iran-first posture, Israel is trying to deny Iran of any achievement in Syria, and is justifiably concerned with the overwhelming priority given to the fight against ISIS. Israeli officials state clearly that as far as they are concerned, Iran is a much more serious and immediate threat, not only to Israel but to Syria and the entire region’s future well-being. However, this message is not well-received by the other actors, be they Western, Shiite or even many Sunni actors that feel directly threatened from within by ISIS and its supporters.

Another important element of this equation—from Israel’s perspective—is the Jewish one. Since a number of ISIS-led or inspired terror attacks have targeted Jewish citizens of other countries, mainly in Europe, Israel’s decision makers are facing the need to quantify these threats and Israel’s responses to them, within their greater calculus. This is not the first time that such Israeli vs. Jewish dilemmas present themselves. The national ethos is based on the country’s historic credo as a state of the Jews, and all Israeli governments have sworn by it. However, there’s an obvious tension between this Jewish “peoplehood” within Israel and the civic status of Jews living outside of Israel as citizens of other nation-states. How can Israel protect citizens of other countries residing outside Israeli jurisdiction, and by and large not holding Israeli citizenship? When it comes to developing countries, Israel has been able to come to the rescue of Jews in distress. Ethiopia is the prominent case in point, from which tens of thousands of Jews were shuttled to Israel in a series of covert operations. But when it comes to Western countries, the rules of the game are different. Thus, Israeli Prime Minister Benjamin Netanyahu’s call—in the immediate aftermath of the Paris attacks—to French Jews to immigrate to Israel in the name of their safety, was angrily rebuffed by President Francois Hollande. If ISIS attacks against Jews in Europe continue, resulting in more Jewish casualties than Israeli ones, it will become harder for Israel’s government to keep the ISIS threat at its current low priority.