Israel’s upcoming elections: Much ado about nothing? 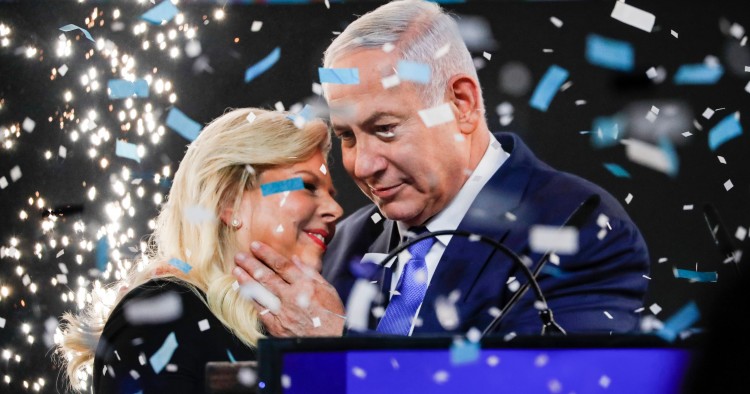 Prime Minister Benjamin Netanyahu won a fifth term in April, the first such victory for an Israeli politician. In May, he failed to form a governing coalition, a first for an Israeli politician as well. Snap elections are scheduled for Sept. 17 and, true to form, rivals and observers are saying that surely his era may be nearing an end. Notwithstanding the possible changes that could be witnessed on the local political scene, skeptics are hard-pressed to see how the elections could bring about drastic change for either Israel or the region.

Netanyahu has undoubtedly been very good at winning elections. In the most recent election, the polls didn’t look good and the odds of victory seemed long. Three serious corruption allegations and the emergence of a new rival on the scene suggested his undoing. His ability to survive yet another election can be attributed to the fractured opposition and his use of voter intimidation tactics that prevented Palestinian citizens of Israel from turning out in force on election day. Of equal importance was the direct and indirect support Netanyahu received from U.S. President Donald Trump that came in the form of Instagram endorsements and the recognition of Israel’s sovereignty over the Golan Heights just weeks before the election. Netanyahu leveraged these developments to appeal to, and win over, his political base.

This time, though, it’s different. Or is it? More importantly, does it matter?

Associated with the election of Trump and Brexit, authoritarian populism has been discussed as a relatively new phenomenon, yet it could be argued that Netanyahu is one of its earlier 21st century pioneers. This is evident in a number of ways, but especially in his views about his country’s security. While the Israeli leaders that preceded him had pursued peace with the Palestinians and Arabs in order to bring security, Netanyahu flipped this paradigm upside down and instead narrowly pursued security with a view that it would bring peace. This has led to a deep-rooted change in the strategic thinking of Israeli decision-makers regarding the relationship between peace and security, to one that is consistent with Netanyahu’s thinking.

From a regional perspective, it is believed that whoever is the next Israeli prime minister, he or she will presumably continue in his footsteps and try to hammer out some kind of unilateral “deal” on the fate of the Palestinians. An un-negotiated settlement that overlooks international resolutions is likely to focus exclusively on Israeli security gains and overlook Palestinian self-determination, while bypassing the Palestinian Authority and terminating the right of return of Palestinian refugees abroad. For a future prime minister to veer from this trajectory would not only be of insurmountable difficulty given the drastic transformations that have already been set in motion, but a reversal of strategies seen to be in Israel’s favor could make him or her widely unpopular and susceptible to attack as well.

The bleak prospect that such a deal could bring about a lasting peace has led some in the region to brace themselves to weather the implications with the least amount of damage. There are others, however, that are still hopeful for a change and believe that the wave of what political theorists have referred to as the “New Populist International” is already showing signs of abating. They are hoping that Israel’s liberal democracy, bearing in mind that it was only a liberal democracy for Israelis, may have a chance after all. Ironically, they are also pinning their hopes on the prospects that a change in the U.S. administration could have even more far-reaching implications for Israel and the region than a change in Israel ever would.

Questions regarding the relevance of the upcoming election on both a domestic and regional level are based on the belief that authoritarian populists tend to have an impact that lasts well beyond their time in office. One of the long-term dangers of embracing populism to achieve political gains is that populists and populist parties eventually become accepted as a part of the political landscape. More troubling still is the potential for these tenets to become ingrained in the national psyche and its collective values. By continuously doing away with norms, traditions, and political correctness, and by breeding contempt for “the other,” they are only paving the way for, and giving license to, other extremist groups to do the same. In this sense, when Netanyahu was first elected prime minister of Israel, he may have been considered as right-wing as they come; today, this is certainly not the case — Netanyahu may leave office, but his impact is likely to live on.

Nasser bin Nasser is a non-resident scholar at MEI and he is the managing director of the Middle East Scientific Institute for Security based in Amman, Jordan. The views expressed in this article are his own.