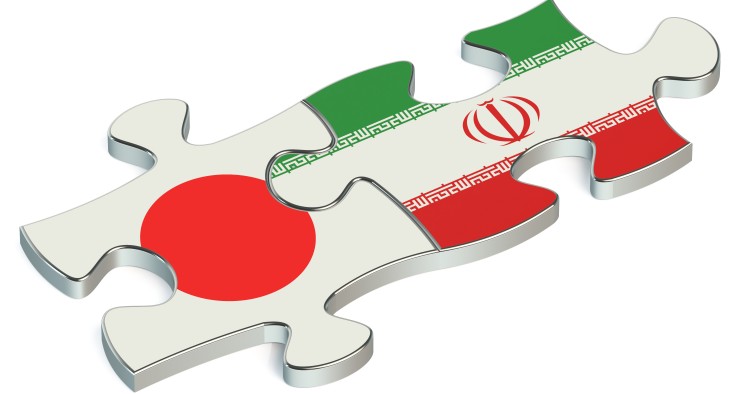 Japan remains — as it has been for decades — tethered to the Middle East due to its heavy reliance on energy supplies from the Gulf. In attempting to secure these energy and other interests in the Middle East, Tokyo has repeatedly grappled with two interrelated challenges: mitigating the adverse effects of successive regional crises and conflicts, and accommodating the demands of its principal ally, the United States.

Over the years, Japan’s ability to achieve energy security while preserving alliance harmony has been repeatedly and severely tested by developments in or related to Iran. With the implementation of the Joint Comprehensive Plan of Action (JCPOA) in January 2016 and the consequent lifting of nuclear-related sanctions, Japan emerged from the most recent test having fulfilled its US alliance commitments and with bright prospects for resuming and expanding energy cooperation with Iran.

This essay discusses Japan’s long-standing energy dependence on the Middle East and the complications arising from it, with a focus on relations with Iran. More specifically, it looks at the risks and potential rewards of the revival and strengthening of Japan’s economic relations with Iran in the wake of the nuclear deal.

Entangled in the Middle East

Japan, the world’s third-largest oil importer behind only the United States and China, has for decades relied on Iran as one of its key sources of supply. However, Japanese energy companies have bitter memories of doing business in Iran. Indeed, there have been a number of episodes involving Iran where Japanese energy investments have been at risk and/or alliance solidarity has been tested.

The first such instance occurred with the outbreak of the Iranian Revolution in 1979. The revolutionary turmoil in Iran triggered a “second oil shock”, which doubled the price of oil. The storming of the U.S .Embassy in Tehran and seizure of American diplomats as hostages led Washington to call upon its allies to join in imposing economic sanctions, placing Japan in an even more difficult position.

The Iran-Iraq War presented Japan with yet more problems. The Bandar Imam Khomeini petrochemical complex was nearing completion when the war broke out. Japanese engineers who remained on site for several months were eventually evacuated while the facility itself sustained severe damage as a result of Iraqi air strikes. There ensued a lengthy, rancorous battle between the Mitsui Company, Japanese authorities, and Iran’s post-revolutionary government over apportioning responsibility for meeting financial obligations.[1]

Beginning in the mid-1990s, U.S. sanctions pressure against Iran increased. In order to comply with the Iran and Libya Sanctions Act of 1996 (ILSA), Japan refused to complete the petrochemical project at Bandar Imam Khomeini and refrained from additional investments in the oil and gas sector.

In the aftermath of the September 11th terrorist attacks and subsequent revelations regarding Iran’s nuclear program, the United States again exerted pressure on Japan.[2] The Azadegan oilfield development project was the first casualty of the new sanctions campaign. After Japan spent months trying to find a middle way, neither bowing to U.S. pressure nor proceeding with the project, Iranian officials curtailed INPEX’s role, cutting its stake in the field from 75 percent down to a mere 10 percent.[3] INPEX finally quit the project altogether in 2010.[4]

In the context of a domestic energy crunch induced by the calamitous March 2011 Fukushima nuclear disaster, earthquake, and tsunami,[5] Japan also had to contend with a fresh round of sanctions against Iran. Shinzo Abe, then Chief Cabinet Secretary in the Koizumi administration, doubted that sanctions would be effective.[6] Nevertheless, Japan, reluctantly supported the U.S.-led effort, cutting its oil imports from Iran by nearly 80 percent.[7]

The successful conclusion of the P5+1 talks with Iran, and the subsequent lifting of sanctions, has come as a relief to Japan. The end of the sanctions campaign has paved the way for Japan to increase its purchases of Iranian crude oil and has reopened Japanese investment opportunities in Iran, allowing Japanese firms to compete with their Chinese and other rivals.

Japan’s crude oil imports from Iran have rebounded.[8] Japanese trading houses (e.g., Marubeni Corp., Sumitomo Corp.) that had been reluctant to do business with Iran due to a lack of internationally acceptable insurance coverage have begun to line up behind Mitsubishi Corp. and Toyota Tsusho to resume business.[9]

Meanwhile, the Japanese government appears determined to help its businesses reclaim stakes in Iranian oil and gas projects.[10] In February, Japan’s Bank for International Cooperation and Nippon Export and Investment Insurance extended a $10 billion credit line.[11] Also in February, Japanese Foreign Minister Fumio Kishida and Iran’s Minister of Economic Affairs and Finance Ali Tayybnia met in Tokyo where they signed a bilateral investment treaty (BIT).[12] The signing of the treaty, which followed through on commitments made during a meeting on the sidelines of the United Nations General Assembly last October by Japanese Prime Minister Shinzo Abe and Iranian President Hassan Rouhani,[13] provides for a debt guarantee by Tehran of up to $10 billion investments by Japanese companies — a means of alleviating risk.[14]

Mitsui is in the hunt for business in Iran, joining Total and other companies in discussions about becoming involved in the Iranian petrochemical industry. Iran, which has identified 55 unfinished projects and 28 new production facilities, is eager to expand this sector. The petrochemical industry is the biggest source of export earnings for Iran after oil.[15]

The relationship between Tokyo and Tehran extends beyond their mutual oil interest. Meeting in Tehran in September, Deputy Foreign Minister Kentaro Sonoura and his Iranian counterpart Abbas Araghchi agreed to boost Japanese investment.[16] Japan has pledged to provide expertise on nuclear energy to Iran, including training on how to build earthquake-proof plants. Major Japanese businesses such as Suzuki and Nippon Steel & Sumitomo Metal are eager to revive dormant operations and tap into the Iranian market. As in countries throughout Southeast Asia, Japan will almost certainly compete with China to build high-speed rail in Iran.

Japan is also exploring potential avenues of cooperation with Iran in various non-energy sectors, ranging from electricity to water management.[17] Japan has reportedly agreed to fund a plan to purchase passenger planes from Mitsubishi Aircraft (the aviation arm of Mitsubishi Heavy Industries) to provide Regional Passenger Jets (MRJs) that are currently under development.[18] Japan-Iran cooperation could conceivably include third-country involvement as well. Japan is reportedly considering, for example, partnering with India to develop the and jointly build an industrial complex at the Chahbahar port.[19] These tentative discussions are taking place within an increasingly competitive geo-economic and strategic regional and global context marked by, among other things, Sino-Indian rivalry and the strengthening of Sino-Pakistan ties.

Iran is an attractive economic partner for Japan. It has the second largest economy in the Middle East and North Africa (MENA) region, after that of Saudi Arabia. It has the second largest proven gas reserves in the world, as well as the fourth largest oil reserves and an abundance of other natural resources. In addition, Iran’s young, urbanizing and modernizing population of 80 million is creating burgeoning consumer demand. The World Bank projects Iran’s economy to grow at an annual average rate of 4.6 percent in 2016-2018.[20]

Yet despite these appealing characteristics and the relatively positive relations the two countries have enjoyed, even during the sanctions era, Japan will likely take a cautious route in its reset with Iran. Tokyo remains sensitive to the lingering problems in the relationship between its key ally, the U.S., and Iran. Indeed, Washington can be expected to maintain, if not intensify sanctions against Iran for its ballistic missile program, support of terrorism, and human rights violations. In addition, the United States could unilaterally force the re-imposition of U.N. sanctions related to Iran’s nuclear program through the “snapback” mechanism provided under the JCPOA. It is not difficult to imagine the next U.S. administration using a minor implementation problem as a convenient excuse to re-impose sanctions.[21] In contrast, Japan, for the reasons discussed above, is likely to be more measured in response to any potential Iranian violation. And once Japanese business interests again become entrenched in Iran, it might be difficult to convince Tokyo to participate in a renewed sanctions regime, especially if it believes that Washington’s position is politically motivated.

Japan must tread carefully in seeking to rebuild and expand its ties with Iran, lest doing so become a source of friction in its relationship with Saudi Arabia. In recent years, the intensity of the Saudi-Iranian rivalry has increased, its geographic ambit has widened, and zero-sum mindsets on both sides have hardened. Growing concern about Iranian strategic gains and ambitions has caused Saudi Arabia and the other Gulf Cooperation Council (GCC) countries to close ranks. Given these circumstances, Japan must find a way to balance its relations with Iran on the one hand, and with Saudi Arabia and the GCC states on the other.

Yet another complication is a certain level of persistent mistrust of Iran and uncertainty about Iran’s foreign policy and domestic investment climate. Iran’s economy is marked by statist policies, bureaucratic inefficiencies, and a reliance on oil and gas exports, but also possesses significant agricultural, industrial, and service sectors. The Iranian government directly owns and operates hundreds of state-owned enterprises and indirectly controls many companies affiliated with the country's security forces. Distortions, including inflation, price controls, subsidies, and a banking system holding billions of dollars of non-performing loans, weigh down the economy, undermining the potential for private-sector-led growth. This in turn hampers the ability for foreign direct investment and discourages Japanese businesses from investing in what appears to be an unstable market.

However, there is a strong incentive for the Japanese government and corporations to step up the pace of their investment in the Iranian market. Were they to proceed too cautiously, competitors such as China, India, and South Korea could secure the most lucrative contracts, especially in the oil and gas sectors. The negative stimulus of potentially losing out on favorable deals and essential energy resources could serve as the catalyst for greater investment in spite of the potential risks. Japanese banks have started to cooperate with their Iranian partners by using the yen.[22] That move, coupled with the $10 billion credit line that the Japanese government recently extended to Tehran, might indicate that Tokyo is willing to accept the risks of doing business with and in Iran in order to keep pace with the competition and capitalize on the promising commercial opportunities.

[5] As a result of the disaster, Japan shut down all of its nuclear reactors, thereby increasing its dependence on imported fossil fuels.

[6] Craig Kafura, “The Iran Deal and the US-Japan Alliance.”

[11] Japan Ministry of Economy, Trade and Industry (METI), “Signing of a Memorandum of Cooperation with Iran concerning Establishment of a Financing Facility and Iran’s provision of sovereign guarantee,” February 2016, accessed December 1, 2016, http://www.meti.go.jp/english/press/2016/0205_06.html.

[12] Craig Kafura, “The Iran Deal and the US-Japan Alliance.”