Living with the Artesh's Green Sympathies 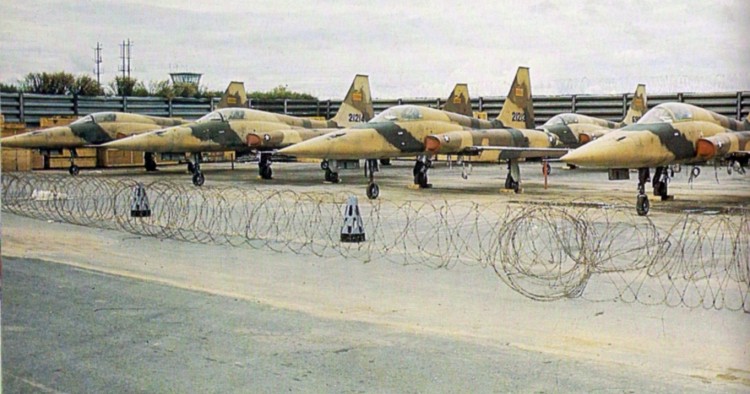 In an official gathering in December 2010, Major General Attollah Salehi, Commander-in-Chief of the Iranian Army said that during his visits to Army barracks, he would see the pictures of the leaders of the “sedition” (The Islamic Republic’s present hard-line leadership refers to opposition leaders and 2009 presidential candidates Mir Hossein Moussavi and Mehdi Karrubi as leaders of sedition) hanging on the walls. “We would not tell them to tear down the pictures but we would ask political-ideological advisors to try to gently and sensibly work with [the soldiers] so that they would discard the pictures on their own will.”  He went on to say “I have always said that no one should consider army [to be] softer on the sedition”, and added “we have to find effective ways to ensure that the Army personnel do not get tempted.  The enemy considers the Army soft [ready to be subverted].”[1]

These statements were seen as a clear public admission that there was widespread support for the opposition within the ranks of the army and the security forces. In other words, it suggested a deep rift in the ranks of the Islamic Republic’s military and security establishment. This is the first time in the post-revolutionary history of Iran that evidence had emerged to show that detectable elements within the Army had taken side with one specific political faction or identified themselves with the opposition to the regime.

One of the reasons that the regime did not take concrete and firm action against the supporters of the opposition Green Movement in the ranks of the Army was the fear that it might result in a major backlash. An overreaction by the regime against prevalent pro-opposition sympathies in the ranks of the Army would have elevated the regime-opposition standoff to a new and dangerous level and turned the Army from being a spectator to a stakeholder in the outcome of the dispute.

Who is General Salehi?

Attollah Salehi, a 1971 graduate of the Iranian Army’s military academy with the rank of Artillery Second Lieutenant of the Army’s Ground Forces, was appointed by Supreme Leader Ayatollah ‘Ali Khamenei to replace Major General Mohammad Salimi in September 2005. Both are among the 13 Major Generals, the highest rank, serving in the Islamic Republic’s armed forces. Salimi himself was appointed by Khamenei in 2000, and resigned two times during his five-year tenure. Salimi had, in the 1980s, served in the cabinet of then-Prime Minister Mir Hossein Mousavi as Defense Minister with the rank of colonel.

On his watch, Salehi has repeatedly warned against Iranian military complacency. Salehi’s military doctrine is best described as one of avoiding being surprised by the enemy. He has stated that “This has always been emphasized by the Leader of the revolution [Ayatollah Khamenei] since the enemy is the killer of the inattentive and that’s why our armed forces consider every night a night of attack.” [2]

One of the biggest army war games, Zarbat Zolfeqar (Stroke of Zolfeqar, the name of Imam Ali’s sword) on August 19, 2006 contained plans and tactics based on sudden moves and “enemies’ surprising moves.”[3] In this war game, the Islamic Revolutionary Guard Corps (IRGC) interestingly did not participate — the Army is considerably better equipped to carry out air operations.

Elsewhere, on April 13, 2011, Salehi told reporters that Iran now has access to the Mediterranean Sea and “as outside forces enter [Iran’s] region, we can enter international waters.”[4] He went on to say that Iran is planning to expand its presence to twice the current level and added that, consistent with this decision, the center of the Navy’s submarine activities has been moved from the Persian Gulf to the Gulf of Aden.

He went on to say that Iran’s presence in the Gulf of Aden is in accordance with defending Iran’s and other countries’ interest and to provide protection for “any country in the region that will ask us to support their oil tankers.” At least on this score, Salehi’s military rhetoric was no less bold than the slogans heard by the IRGC’s top commanders.

In reaction to calls to dissolve the Army, Ayatollah Khomeini stated in a message dated May 18, 1979 that “Iranian nation is obligated to welcome the Islamic Army and respect them [as brothers]. The Army is now serving Islam; the Army is Islamic and our respectful nation needs to recognize this fact and support them. Opposing the Islamic Army which is protecting and guarding [our] independence is not permitted. You, we and the Army must cordially work together to preserve the country and its security and to put an end to enemy’s evil plans.”[5]

Whatever Ayatollah Khomeini’s motivation, this move served the regime very well. Perhaps he thought incorporating the Army into the IRGC would pollute IRGC’s revolutionary and ideological structure which he and his zealous followers were determined to maintain.  It is also possible that this move was his response to the Army’s expressed loyalty and to prevent a backlash which would have materialized had the Army been forced to be under the IRGC’s command.

In the first years after the victory of the Iranian Revolution, Ayatollah Khamenei was the Deputy Minister of Defense and was Ayatollah Khomeini’s Representative in the Supreme Security Council. During this time, Khamenei was working towards bridging the divide between the IRGC and the Army. It is apparent that his experience during the war led him to appreciate the Army’s capabilities and to place an emphasis on the Army-IRGC cooperation.

Khamenei’s support therefore strengthened the Army in those volatile post-revolutionary days. When it comes to classical military know-how, he appears to have clearly considered the Army more capable than the IRGC. Accordingly, a strong Army could help stabilize the domestic climate while also increasing Iran’s military credibility in the Middle East. Khamenei’s admiration for the regular Army and the expertise of Army officers such as Salehi is therefore likely genuine. Interestingly, to this date and unlike many in the top ranks of the IRGC, Khamenei does not blame the shortcomings in the Iran-Iraq war just on the Army.

This is tied to the question of who sacrificed most in the Iran-Iraq war, which remains in dispute and is an important factor in Army-IRGC relations. Unlike the IRGC and the Islamist Basij militia force, the Army personnel did not seek martyrdom. This is partly evident by the numbers, and the number of IRGC and Basiji casualties in the Iran-Iraq war is perhaps one of the key remaining justifications for these forces to make a claim on political power and economic access in the post-war period in Iran. Clearly, the Army does not today have access to the same benefits. Official statistics released on September 19, 1988, immediately after the ceasefire, listed the following figures for the number of military personnel who were killed during Iran-Iraq war: Army: 35,170 (29%); IRGC members: 79,644 (65%); Paramilitary: 8,406 (6%) (although it is now considered that these are low estimates).

Throughout the years following the Iran-Iraq war, the Army did not have the means or tools to highlight its achievements and sacrifices, while the IRGC portrayed itself as completely essential in the war. On February 8, 2009, the Army (boldly) published a statement criticizing the IRGC and the state-controlled Islamic Republic Iran Broadcasting (IRIB) for what it called “distorting the facts” and “falsifications about the Army’s role in the 8-years Iran-Iraq War” in favor of the IRGC’s role. Top army officials including General Salehi were among the signatories.[6]

This response, which could have been aimed to revitalize the Army’s authority, was triggered by a documentary aired on Iranian television called “Documented Critique of the Sacred Defense,” ran on February 5, 2009. The Army statement accused the producers of the documentary of lacking basic knowledge about military affairs and accused the IRIB of providing its one-sided support for the IRGC and ignoring the Army’s vital role in the war.

The Army statement charged that the documentary had sought to belittle the Army’s well-thought efforts to win battles or to slow down Iraqi advances with minimal loss of forces while glorifying efforts by “others” (the IRGC and Basij) who “took advantage of the selflessness of the revolutionary young but untrained forces that were willing to take higher casualty numbers lightly.” It also stated that in certain situations where the Army was forced to follow the IRGC’s directions, casualties were considerably higher.

The Army commanders’ response listed a number of grievances and even implied that Army war dead are considered second class. Army fatalities and veterans are discriminated against when it comes to naming streets or placement in key state positions, and the commanders complained that the documentary had glorified the “mobs” but failed to recognize the great service of the Army servicemen. “This kind of unfair assessment about the role of Army in the war is common in all aspects of [state-run] Iran-Iraq related research,” the statement bemoaned.

Thirty-two years have passed since the creation of Islamic Republic. The majority of today’s Army personnel have not experienced serving in the Shah’s military or were even born at the time of the 1979 Revolution. The post-revolutionary Army is not dreaming of a coup, as it is not longing for a pre-Revolution Iran it has not experienced. It is highly unlikely that this Army would engage in a plan to plot the regime’s overthrow. However, as is evident by post-2009 election events, it is receptive to political change and welcomes the country opening up to the world as espoused by the Green opposition. At the same time, this Army lacks in-depth ideological conviction and, unlike the IRGC and the Basij, is not willing to engage in a forceful fight for its interests. However, a broader popular movement, as has happened before in Iran, can expect to win the support of the Army rank and file.