Malaysia and its Shi‘a “Problem” 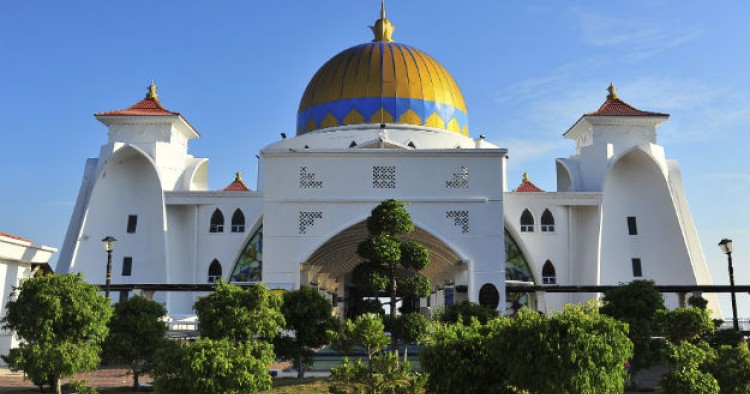 The historical development of Shi‘ism in Southeast Asia has been obscured by the paucity of written source materials. In popular discourse—especially among those who seek to downplay its historical roots—Shi‘ism only began to generate a presence in the region following the 1979 Iranian revolution. While it is certainly true that the Iranian revolution empowered some Southeast Asian Sunni Muslims to study and convert to Shi‘i Islam throughout the 1980s, the question of whether the Islamic revolution can be considered the sole motivator for a regional Shi‘i presence remains open to debate. Some have argued that the revolution merely increased the size of a pre-existent resident Shi‘i population; however, there is scant evidence supporting the existence of any long-term historical Shi‘i influence in Malaysia.

One argument that is often invoked in favor of ancient Shi‘i influences in Malaysia is the Persian presence in Melaka during the time of the Portuguese conquest in 1511.  However, the fact that Persia did not conduct large-scale conversions of its population to Shi‘ism until the early 16th century makes this claim[1] rather shallow at best. A more solid tranche of research posits that a significant number of Indian Shi‘a affiliated with the British colonial military forces in Penang introduced elements of Shi‘i cultural observances that have found their way into contemporary Malaysian festivals.[2]

Regardless of the historical antecedents of the faith, the primacy of ethnic Malays (and by association their adherence to Sunni Islam) has meant that Shi‘i Islam is considered a “deviant” sect in the country.  Even though official spokespeople regularly claim that the state has no concerns about Shi’a practicing their faith as long as they refrain from proselytizing, adherents face both social and legal restrictions.  The basis for this institutionalized discrimination stems from two sources: government legislation and religious diktat.

The legislative basis for anti-Shi‘a government action can be found in the 1960 Internal Security Act (ISA), which was passed during the time of the anti-communist “Emergency” to silence a broad range of political and religious dissent. The ISA allowed for a 60-day detention without trial period that could be extended to two years if the accused acted “in a manner prejudicial to the security of Malaysia.”[3] Significant limits were placed on these detention provisions when the ISA was replaced with the Security Offences (Special Measures) Act in June 2012.

This discrimination received religious legitimacy in 1996 when the Fatwa Committee for Religious Affairs issued a religious opinion (fatwa) that upheld the orthodoxy of Sunni Islam and branded Shi‘a Islam as deviant. In doing so, it prohibited Shi‘a from spreading their beliefs and distributing any electronic or print resources that espoused Shi‘i principles.[4] Interestingly, this opinion overturned a 1984 decision from the same committee that deemed Shi‘ism acceptable in Malaysia. Under the country’s federal system, such a decision required agreement on the part of the individual states in order for it to have any effect. Unfortunately for the Shi‘i community, ten of the 14 states initially agreed to implement the fatwa. An eleventh state, Kedah, implemented the fatwa in 2013 at the urging of the Sultan, who declared that “Shi‘a teachings are rejected by the national and state fatwa councils. As such the government should take action against those spreading them.”[5]

The ISA was used on several occasions to target Shi‘a in Malaysia. Ten Shi‘a were arrested in 1997 under the ISA and another six suffered the same fate in October 2000.  The federal system has also meant that adherence to the anti-Shi‘a fatwa has not been standardized, even among those states in which it carries legal force. In December 2010, for example, 200 Shi‘a were arrested by the Selangor Islamic Religious Department for celebrating ashura under the Selangor state shari‘a criminal enactment law.[6] Four years later, 114 Shi‘a were arrested by the Perak Islamic Religious Affairs Department with assistance from the Malaysian police.

Classic identity politics underlie the Malaysian political and religious establishment’s proscription of Shi‘i Islam. The 1996 fatwa elaborated on Islam’s constitutional status as the official state religion by narrowing the definition of “Muslim.” This allowed those who lay outside the definition to be labeled as “the other,” which in turn rendered them a threat to national unity and made their religious adherence an issue of domestic security. The head of the Malaysian Islamic Development Department has said that the spread of the Shi‘i faith is not just about opposing the fatwa—the issue of national security “is also taken into account by the Home Ministry in banning the Shia movement in this country.”[7]

Perhaps more revealing is his later comment describing Shi‘ism as a “cancer that needs to be prevented from spreading in the best possible way, before it becomes worse to the point of being a threat to Muslim unity.” The real threat from Shi‘ism, then, comes from proselytizing—a  common refrain echoed by Sunni communities elsewhere. In the Malaysian context, the fear is more visceral; if the real national identity is tied to the Sunni faith, then diluting that faith has a direct impact on the national identity as defined in the 1996 fatwa. Of course, it is also indicative of the conservativeness of those who are at the highest levels of Malaysian religious and political leadership.

Once the sectarian genie is out of the bottle, it is very difficult to return to the status quo ante. The intra-Muslim sectarianism issue is also being used as a tactic to besmirch political opponents. The deputy president of the opposition pan-Islamic Party (PAS) was accused of having “links” with Shi‘i Islam by the ruling party’s Home Minister (who is also deputy president of UNMO) in December 2013.[8] While not an offense in legal terms, the accusation delegitimized his Malaysian identity by linking him to a heterodox faith.

Although the Malaysian Shi‘i community is a relatively easy domestic target, the government’s sectarian vilification campaign must be careful lest it affect relations with Shi‘a-majority countries, such as Iran and Iraq. Harussani Zakaria, a member of the National Fatwa Council, previously accused Shi‘ism of being an Iranian sect,[9] indicating that such foreign (read: non-Arab) connections are in some way inimical to Malaysian Muslim interests.

For its part, Iran has—at the official level, at least—been keen to ignore Malaysia’s anti-Shi‘a policies. In reality, it has little choice; given the impact of economic sanctions, Tehran cannot afford to alienate potential trading partners. Two-way trade between the countries is only one and a half billion dollars, indicating that there is great potential for growth. At the same time, the presence of nearly 80,000 Iranians in Malaysia[10]—15,000 of whom are students—is facilitating the establishment of significant person-to-person links that could lead to greater bilateral economic cooperation in the future.

There have been accusations that some Iranian businessmen have instituted an unofficial boycott of Malaysian products in response to the Malaysian treatment of Shi‘a, and that the Malaysian state-owned oil giant Petronas has had bureaucratic obstacles put in its way in dealing with the Iranian government.[11] The Iranian Embassy in Jakarta has denied these accusations, which also elicited an adverse comment on YouTube from an Iraqi parliamentarian, although the Iraqi government has steered clear of any official criticism of the Malaysian government.

Outside of these responses, however, international condemnation of Malaysia’s practices remains limited. The UN Human Rights Council has twice examined the human rights situation in Malaysia but has received few external submissions arguing the case regarding the plight of Shi‘a Muslims in the country. Curiously, the United States was the only country that specifically raised the discriminatory policy of the Malaysian government toward the Shi‘a (and other groups) as part of the Council’s deliberations surrounding its 2013 Universal Periodic Review (UPR).  While the UPR final country report made no mention of anti-Shi‘a discrimination, the UN’s own reporting team did make the following submission:

There are some indications, however, that elements of the judiciary may be finding a way to defuse the immediate tensions between the state and the Shi‘i community. Three men who were arrested in Perak state in September 2013 on charges of possessing Shi‘i literature were released by the state shari‘a court’s judge in February this year because he found the wording to be defective. This followed the release in December 2013 by the same court of two other men who had been charged on similar grounds.[13]

The future for the Malaysian Shi‘i community does not look bright. The increasing sectarian tensions in the Arab world have led to the political polarization of the two main branches of Islam—since the fall of Saddam Hussein’s regime in Iraq and the accession to power of its Shi‘i majority, there has been an increasingly shrill narrative surrounding the assertiveness of Shi‘i populations. Whether it be calls for greater political participation on the part of the Shi‘a majority in Bahrain, or the participation of Lebanese Hizbullah in the Syrian civil war, there are Sunnis who see all of these actions as being linked in some sort of centrally directed Shi‘a push for influence and power.

Regardless of how far-fetched this narrative may be, it has some traction in Southeast Asia. In Malaysia, however, that concern must also be seen in the context of a political and societal system that gives preferential treatment to one ethnic group and its associated branch of Sunni Islam. The combination of both means that the issue of Shi‘i conversion is a particularly sensitive one in Malaysia. As long as international interest in the discriminatory behavior of Malaysian authorities toward the country’s  Shi‘a remains limited in scope, there is little likelihood that the situation will change any time soon.