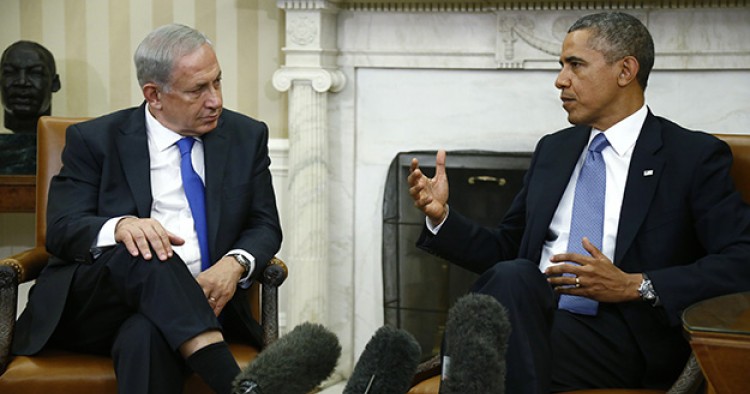 The Syrian crisis and, before it, the Arab uprisings in Tunisia, Libya, Egypt, Yemen, and Bahrain have exposed fault lines not only within the region, but between regional countries and the United States. An understanding of the fractures within the region has benefited from the extensive and largely astute analysis of a range of scholars, who point to sectarian splits along one axis and the divide between conservatives and radicals along another. The fault line between Washington and the regional capitals is harder to assess.

Before the outbreak of the uprisings, the Obama administration unveiled its intention to pivot to Asia. The rationale was underpinned by the increasing weight of U.S. trade and security interests along the Pacific rim and, in particular, the emergence of China as a major regional power and potential military rival of the United States. Although the practical implications of the pivot were few and ill defined, apart from a relatively small shift of naval assets to Pacific waters and a reduction in the U.S. carrier presence in the Persian Gulf from 2.0 to 1.1, the administration’s declaration struck a nerve in Europe and the Middle East.

The U.S. treaty commitment to Western Europe had played an important if tacit role in European unification. The increasingly fractious behavior of Russia, which culminated in the annexation of Crimea and instigation of rebel activity in Ukraine, spurred anxieties that renewed European interest in NATO and, consequently, concerns about U.S. reliability amid talk of a pivot. In the Middle East, where ambivalence about the United States is strong but reliance on Washington as a strategic balancer still prevails, particularly in the Persian Gulf region, the pivot engendered serious unease.

Washington soon abandoned the pivot phrase in favor of vaguer terms, such as rebalancing. But the perceptions of U.S. retrenchment and abandonment proved difficult to dislodge. The U.S. response to the wrenching changes in the Middle East that began in late 2010 tended to reinforce these chilling views in different and occasionally contradictory ways. Washington’s insistence on the strict electoral integrity of Egypt’s democratic transition, for example, was seen by anxious allies in the Gulf as abandoning the field to the Muslim Brotherhood in part to facilitate America’s withdrawal from the region. The Obama administration’s reluctance to intervene militarily in the Syrian civil war intensified these concerns. In regional capitals, the U.S. search for negotiated limits on Iran’s nuclear program combined with its unwillingness to depose Tehran’s ally in Damascus seemed to validate perceptions of American retrenchment.

The U.S. response to the rapid advances made by ISIS in Iraq and Syria has, for the moment, mitigated skepticism about Washington’s intentions vis-à-vis the Middle East. Should U.S. intervention be ratcheted back, particularly to avoid direct conflict with the Assad regime, underlying issues of confidence will likely resurface. How these traditional—and in some ways newly confident—partners of the United States respond in this scenario is an open question. Will they distance themselves incrementally from Washington, work to overcome their serious intramural differences, and ultimately search for other security partners? Or will they stick close, hoping to keep the United States focused on their foreign policy and defense priorities?

Doubts about U.S. commitment are not confined to Sunni Arab states. Israel has expressed similar concerns. Whether these doubts—and the tensions they have caused—reflect the kind of occasional flare-ups that have long characterized the bilateral relationship or reflect deeper, more structural problems is yet another open question. Some Israelis think that their country has, in a sense, outgrown its reliance on the U.S. security guarantee; others appear to have concluded that Washington’s diplomatic approach to the Iranian nuclear issue suggests that the United States is unwilling to confront Israel’s only strategic adversary and therefore cannot meaningfully be considered a strategic ally.

Moreover, the open mutual contempt these two allies have recently expressed suggests a serious crisis of confidence. U.S. officials are said to have dismissed Netanyahu as a “chickens--t” and reminded Israel on the record that it is a just a small state of limited importance, while Israelis have questioned Secretary of State Kerry’s sanity and motivations and reminded the administration that Israel has Congress in its corner.

Some Israeli analysts view China and India as potentially more valuable partners, not because they believe that either would be a plausible security guarantor, but because they would presumably offer diplomatic and trade relations unencumbered by concerns about Israel’s relations with the Palestinians. These are not yet dominant views, but they are more audible than before. As a practical matter, Israel’s approach to the most recent fighting in Gaza showed that it saw possibilities in regional alignments, especially with Egypt, but possibly also with the Gulf states, that could reduce its reliance on Washington and its vulnerability to U.S. pressure in regard to the peace process and other contentious issues.

Over time, parallel demographic, social, and political developments in the United States and Israel could lead to a weakening of their historically powerful ties. How they manage this transition and the strategic risks it will likely entail is yet another open question.

At this stage, however, there remains no alternative to the United States for any of these countries. Saudi, Emirati, and Bahraini participation in the war that the Obama administration has launched against ISIS demonstrates this powerful truth. And the Israeli national security establishment likely still believes that the United States would be vital to their country’s survival in an existential crisis, even if they harbor doubts about Washington’s reliability.  But over the longer run, questions that are open now might well be answered in the form of new and unanticipated alignments.