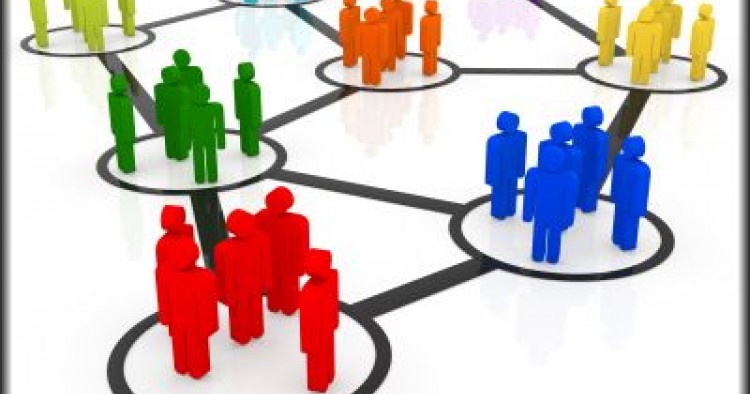 The essays in this series deal with transregional linkages between the Middle East and Asia. As a whole, the series explores the "vectors" of religious transmission and the consequences of or implications of such interactions. More ...

This essay introduces “Muslim professionalism”  as a concept to examine the multifarious links between Islam and economic activity in the era of post-cold-war globalization and neoliberalism. Adopting a transregional perspective that conflates Muslim realities in Southeast Asia, Central Asia and the Middle East, the essay discusses the interlacing of local, national and global aspects and invites the reader to conceive Muslim professionalism through the lens of spatial mobility and cross-border connectedness.

The intensification of globalization in the post-Cold-War era has been accompanied by increased cross-border human mobility. Enhanced cross-border mobility has served a wide variety of purposes, including the religiously rooted pursuit of professionalism through study abroad experiences or the acquisition of knowledge and expertise in various spaces and places. The desire to become a professional exists particularly among young (Muslim) people, as the body of recent literature on youth and media in the Middle East and Asia reveals. At the same time, being mobile and part of a certain ‘professional’ network may turn Muslim professionalism into a lifestyle (or a way of life), a transnational habitus,[1] or a social identity.

Over the last two decades, Islamic economy and Muslim entrepreneurship have become a vibrant cross-disciplinary field of research. Many studies have explored how Islam as a religious tradition is compatible with the principles and ethics of capitalist market economy. To date, the main focus has been on how Islamic values and Muslim moralities are arranged with neoliberalism, often through impulses from a state-led modernization, as in Malaysia;[2] or through neoliberal reforms and urbanization, as in Jordan.[3] Studies of entrepreneurship in Islamic thought indicate the formation and articulation of alternatives to prevalent economic and development models — focusing on Islamic ethics and Muslim piety.[4]

Strikingly, Muslim professionalism as a specific concept, a set of practices, or an identity is rarely addressed as a research topic on its own. This also applies to social science. In sociology, professionalism was initially deemed to be a crucial element of modern society that aimed at connecting the structurally differentiated spheres of society through professional training, quality, and efficiency.[5] In the neoliberal era, anchor points of professionalism such as advanced degrees and expert knowledge, work ethics and concomitant behavior were supplemented by individual responsibility, self-regulation, and the production of consumer images.[6] Although the rise of ‘prosperity religions’ and ‘religious markets’ confirms that the new economic order has profound consequences for religious organizations and belief,[7] religious professionalism or religious identity as a strong determinant of the professional choices of people is rarely integrated into the study of professionals and professionalism. Looking at post-colonial Central and Southeast Asia, a Muslim revitalization in the public sphere as well as processes of Islamization (understood as adding a religiously informed nudge to social, political, and economic affairs, as well as human interaction) have influenced economic choices and opportunities to an ever-increasing extent (e.g., in sectors such as finance, insurance, halal production, tourism, trade, or education). Thus, Muslim subjectivity, identity, and the ‘discursive tradition’ of Islam play a pivotal role in how people pursue their livelihoods and strive for ‘a good life.’ Simultaneously, Islamic principles and Muslim values become a resource for both the individual and the state to engage in and shape post-Western modernities and articulate alternative or moral futures in (post-)secular contexts.[8]

Against this background, what are the socio-historical conditions that produce, or at least facilitate the production and articulation of ‘Muslim professionalism’? And, following an actor-centered approach, what are the possibilities and constraints of individuals’ or groups’ agency? We identify some core aspects that may help to identify and conceptualize Muslim professionalism in Asia and the Middle East, namely the role of the state, the emergence of new Muslim middle classes, personal competence, and the globalization of Islam and Muslim identity through faith-based geographies and spaces.

Addressing professionalism and professionalization in Muslim contexts, one might think first of Gregory Starrett’s[9] work on the ‘objectification’ and ‘functionalization’ of Islam in 1970s Egyptian society, through which the state has turned Islam into a useful political instrument to shape Muslim subjects as a response to growing Islamist movements. Supervised by the state agencies, schools became focal in the production of a new Muslim citizen and hence increased the demand for skilled public servants. Deemed as a secular project in Egypt, in Iran the production of Muslim professionals that administer and regulate Islam in the name of the state through educational institutions happens in the post-secular environment of the Islamic state. Mirjam Künkler (forthcoming in this series) carves out how institutions of Islamic learning that became a major recruitment ground for public service has opened up lucrative careers and stable employment, and thus produce a Muslim professionalism which is mostly male. Whilst in the Islamic Republic women’s access to higher (secular and religious) education has risen dramatically, the scope of religious education on offer for women is limited and not a single mojtaheda[10] has emerged from the post-revolutionary Shiite seminaries for women. Obviously, under the conditions of ambivalent state policies, Muslim professionalism is simultaneously favored and restricted along gender lines.

In multi-ethnic Indonesia and Malaysia, the state’s post-Western modernization and reform agenda has fostered the establishment of a wide range of professional Muslim organizations that enabled Muslims to integrate into the public job sector and private businesses, and thus to actively shape the common good and engage in society ‘at work.’[11] As a new, powerful elite, Muslim professionals in these two countries adapted to, appropriated, and thus reshaped various realms of society such as education, medicine, journalism, and economy. At the same time, Malaysia’s vibrant Islamic economy creates a favorable environment for linking entrepreneurial activity with the individual pursuit of Muslim piety. Patricia Sloane-White[12] has identified a new kind of corporate Muslim elite: the inheritors of a Malay-Muslim-focused economic development, who, belonging to a global modern capitalist elite, create and articulate Muslim professionalism as a set of practices, and as an identity. Engaging in ‘spiritual economies’[13] and a neoliberal piety, Malay businessmen produce new capital and barakah (blessing) for the hereafter and introduce a more orthodox Islam into corporate Malaysia, which eventually opens up avenues into political Islam. While in the 1970s, in Egypt Muslim professionalism had become a political project aiming at either breaking from a secular past, or to counter powerful Islamic positions, in Malaysia ‘being Muslim’ in professionalism is articulated as an ethnic marker to distinguish oneself from the non-Muslim Other.

Articulations such as these go hand in hand with the emergence of a new Muslim middle class that shares its enthusiasm for higher education and professional careers and a heightened commitment to neoliberal piety and Muslim self-fashioning.[14] Also, a new Muslim middle-class consumerism has favored the production of professional ‘images’ which promise credibility, authenticity and notions of progress and modernity that have turned into symbolic tools for social representation and cultural distinction,[15] 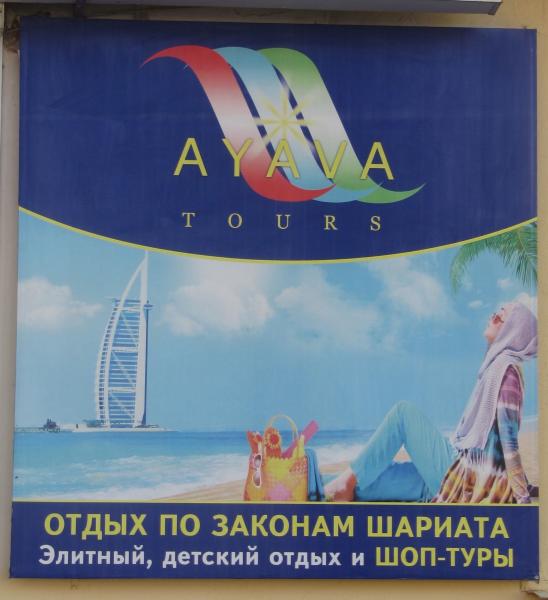 Kazakhstan and Kyrgyzstan are newcomers in the field of Islamic economy. However, since the 2000s, the two countries’ governments have favored national market integration into the global halal-business and thus pushed various economic cooperations with Malaysia. This has stimulated a professionalism among Kazakh and Kyrgyz entrepreneurs, businessmen, certifiers, and Imams who, on the basis of faith-based and shariah-compliant work ethics and business principles, serve consumers and suppliers — a local Muslim society and a secular state at the same time. Following Aisalkyn Botoeva (forthcoming in this series), Muslim professionalism in Central Asia’s growing halal-business involves a competence to connect, mediate between, and translate different expectations and needs.

At the same time, the flourishing, state-fostered Islamic economy in Kazakhstan and Kyrgyzstan pushes the articulation of distinct moral futures based on Islamic principles and Muslim values. Obviously, Muslim professionals in their pursuit to strive for individual or societal progress display a competence to “tame contingency,” [16] (i.e., a desire which has been amplified in Central Asia through the coincidence of the post-Soviet experience with that of global neoliberal capitalism). Debates on what is a ‘real Islamic’ practice together with the consumer culture of piety-oriented middle-class Muslims has pushed Kyrgyz and Kazakh entrepreneurs to certificate their products, businesses, and enterprises. Arguably, professionalism, or a professional image, can be created through licenses and certificates. However, going through the process of certification may also foster personal commitment and self-improvement and therefore forms a crucial part of becoming a Muslim professional.

These processes of becoming are also facilitated through transregional connectedness emerging out of various modes of travel, movement, and mobility (spatial, virtual, social, and the like). But again, the multiple forms of how Muslim travel and connectedness relate to professionalism and professionalization has rarely been studied. How do mobile Muslim professionals create transregional connectedness and cooperation? And how does individual engagement in such transregional settings produce Muslim professionalism? Muslim entrepreneurs and civic activists in Malaysia, Tajikistan, and Kyrgyzstan engage in a great variety of mobile livelihoods. Through commercial ties, business relations, education-based networks, or social media they cultivate spatial relations and become involved in processes of knowledge transfer that open up new horizons for articulating, or at least imagining, belonging to the ummah that transgresses national or ethnic identity and feeds the identification with a global professional Muslim identity.

[10] The highest theological position for women in Iran.

The case for COVID-19 public inquiries for the Arab world