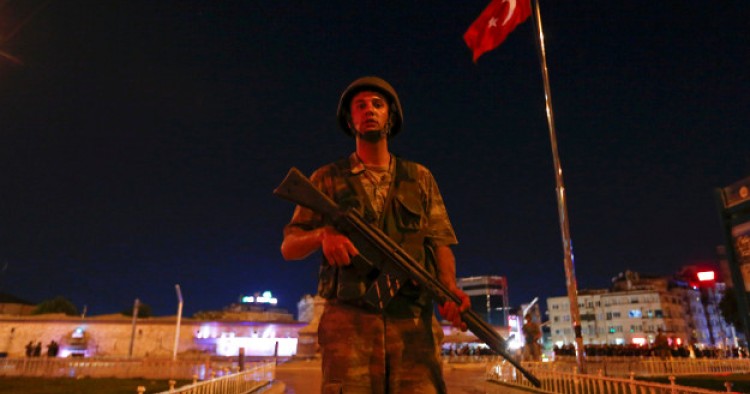 In this week's Monday Briefing, MEI experts Gonul Tol and Randa Slim provide analysis on the restructuring of Turkey's military following the recent failed coup attempt and the meeting between U.S. and Russian officials in Geneva tomorrow to discuss counterterrorism coordination in Syria.

In the aftermath of the failed coup, the government is preparing to restructure the security establishment to bring it under its full control. Before the coup attempt, the military enjoyed considerable institutional autonomy. Kemalism, the founding ideology of the republic that has served for decades as a bulwark against Islamism and Kurdish separatism, has formed the ideological core of the curriculum at military high schools and academies. The only references to Islam at the academies has been in the context of Ataturk’s teachings about secularism. The military has even resisted calls from government circles to allow the enrollment in military academies of graduates from imam-hatip schools—vocational schools that educate state-employed imams and preachers.

The military had concerns that such students might spread religion within the ranks of the Turkish Armed Forces and lead to greater government control over the military. The defense budget has remained largely immune to civilian oversight, and the military has handled its own personnel management. Tellingly, the chief of the general staff has not been subordinate to the defense minister. All that will change with the new regulations.

Military high schools will be put under the Ministry of Education, while military academies will operate under the Higher Education Council. Graduates of imam-hatip schools will be able to enroll in military academies. The Gendarmerie General Command that played an important role in orchestrating the coup will be abolished, and the remaining units will be put under the control of the Ministry of Interior. The National Intelligence Organization will also be restructured.

All these steps are likely to make these security institutions more political and risk averse, and less effective with slower decision making, at a time of significant security challenges for Turkey.

U.S., Russia to Meet on Syria
Randa Slim, Director of the Initiative for Track II Dialogues

A high-level trilateral meeting involving the United States, Russia and the U.N. Special Envoy for Syria is set to convene in Geneva on July 26. The objective of this meeting is to continue the discussions started in Moscow on July 14 about a new U.S. proposal for counterterrorism coordination with Russia in Syria. Except for the White House, the rest of official Washington has serious reservations about the plan.

The plan proponents are making two assumptions, both of which have so far not withstood the test of time: 1) by making more concessions to Moscow—this time by meeting its long-sought demand for intelligence and military coordination in Syria—Moscow will be more willing to change the military equation in Syria in a way that will weaken the Assad regime, such as grounding Assad’s air force; and 2) Moscow is able to force President Bashar al-Assad and Iran, his principal patron, to abandon the military solution in favor of a political process that will pave the way for Assad’s eventual exit. With only a few months left remaining on its tenure, the Obama administration is unlikely to make these assumptions come true.

Despite this recent flurry of diplomatic activity, the incentive structures are such that the main perpetrators of violence in Syria, including the regime and terrorist groups like ISIS and Jabhat al-Nusra, will continue to see this status quo, at least for the short-term, as furthering their agendas. In the long-term, the failure of the United States, Russia and the United Nations to markedly reduce the levels of violence against Syrian civilians and launch a political transition will make it very difficult for the next U.S. administration to continue President Obama’s failed policies in Syria. That includes the kind of collaboration with Russia that is currently being proposed by the White House.