Muhammad Khatami: A Dialogue beyond Paradox 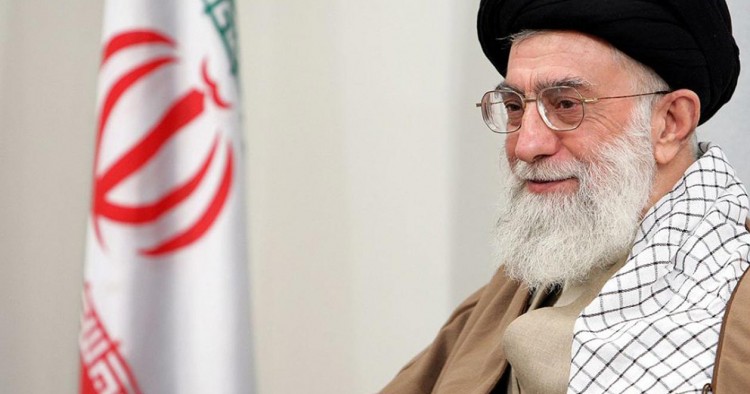 Whether or not Muhammad Khatami decides to run again for President of Iran, his prominent legacy symbolizes an ongoing fertile debate inside Iran about political reform and adaptation. For Khatami, democracy and dialogue remain the essential path for Islamic Republic, a bridge between civilizations, a solid course for Iran to the future.

Observers, including this author, often emphasize apparent Iranian paradoxes to alert outsiders to Iran’s vibrant and dynamic society, beyond the static, enigmatic “black” clichés so commonly clung to in popular Western discourse.

An appreciation for irony and nuance is surely needed. In the same country where current President Mahmud Ahmadinejad trivialized the Holocaust, a very popular television program sympathetically portrayed an Iranian diplomat who rescued Jews from the Nazis during World War II.

Yet paradox as a metaphor for Iran becomes less than helpful if it leaves the impression of a “hidden Iran” being incomprehensively mired in its own contradictions. Bewildered perhaps by such analytical frameworks, top Western officials, beginning with former Secretary of State Condoleeza Rice, commonly admit that “they do not understand Iran” or that they “do not know” if negotiating with Iran will work.

To his critics, including disillusioned former supporters, President Khatami’s reformist agenda was hobbled by contradictions inherent in the Islamic Republic. To more sympathetic observers, he was “transformational in vision,” but constrained to be “incremental in strategy.”

As Khatami evaluates what he might achieve in a third term as President, he recently lamented, according to the reformist paper Aftab-e Yazd (January 19, 2009), that because of “immoral behavior such as insults, denigration, elimination and suppression and lies,” even for “many who were in the revolutionary front, there is no psychological security and they cannot present themselves and are liable to be rejected.”

Yet despite such chronic problems, Khatami concedes no inherent conflict between the Islamic Republic and reform, between faith and freedom, between Islam and democracy, between justice and order, between idealism and realism, between Iran, America, and the world.

Khatami’s optimistic approach to transcending paradoxes was illustrated during a luncheon appearance on September 11, 2006 at Monticello, the historic home of Thomas Jefferson, the third US President and drafter of America’s Declaration of Independence.

When asked by R.K. Ramazani to clarify his written advocacy of “the formulation of democracy in the context of spirituality and morality,” Khatami unequivocally affirmed first that today, “there is no way other than the establishment of democracy for any country in any part of the world.” For Khatami, “The legitimacy of power relies entirely on the vote of the people” and “people have the right to replace this power with another power without recourse to violence.”

Democracy is then deemed compatible with “a progressive reading” of Islam that “recognizes the right of human beings to determine their own fates,” to think and feel for themselves. The alternative reading of Islam is the “path of the Taliban.”

Khatami then spoke to the sensitive and most commonly perceived paradox in the Islamic Republic, between democratic electoral forms and the absolute authority vested in the Islamic Republic’s Supreme Leader. Speaking “at least theoretically,” Khatami reasoned that those “given that kind of power” are “held responsible” to the people via their election of the Assembly of Experts, which in turn elects (or deposes) the Jurisconsult “and oversees a system of checks against the office of the Leader.”

When asked a Jefferson-tinged question about another frequently cited paradox, concerning religious liberty within an Islamic Republic, Khatami again saw no inherent contradiction: “Freedom of conscience and the freedom of believing what one wants to believe, and practicing according to your beliefs, is one of the minimum requirements of the democratic system … [and are] tenets of the Constitution of the Islamic Republic.”

When discussing how to improve ties between the US and Iran, Khatami addressed yet another paradox — how Iran refers to America as “the Great Satan” while Khatami as President called for dialogue. Khatami clarifies that even Ayatollah Ruhollah Khomeini was not referring to the American people or nation, but to “satanic policies,” such as the overthrow of the government of Prime Minister Muhammad Mosaddeq in 1953.

Khatami well understands how such broad swipes at another country can be felt, as he related his personal “inability to forgive the one” (e.g., President George W. Bush) who called him (i.e., who called Iran), “an axis of evil.”

As a corrective, Khatami, in keeping with his famous emphasis on “dialogue among civilizations,” urges mutual respect between peoples — that countries “should pay attention so that the expression of political differences does not degenerate into expressions that might be interpreted as insulting to the peoples of the other nation.”

In a veiled reference to the “well meaning” current President, Khatami recently observed that, “a word out of place may have many costs for the country.” By contrast, “a considered word can defend the country’s principles, norms and interests and reduce threats at the same time.”

Well aware of deep seated resistance to reforms in Iran, President Khatami lamented in a January 1998 Time Magazine essay that “Autocracy has become our second nature. We Iranians are all dictators, in a sense.” Thus, Iran’s “path to freedom is risky and rough.”

Yet Khatami echoes Jefferson in also affirming that, “I am of the view that thought cannot be contained, and if we live in a free atmosphere, opinions shall balance each other and logic shall prevail.” Without such freedom, Khatami warned, “the thought sparkling in the minds of thinkers shall be channeled into hidden communities and may emerge one day in the form of bitter and violent reaction.”

For Muhammad Khatami, the Islamic Republic of Iran understands that the expectation of democracy — of freedom and participation — remains ingrained within Iran’s culture. Iran has the choice between trying to bottle it up and risk “reaction,” or to advance again on the path of Islamic democracy.