The New President of Israel: Not Easily Categorized 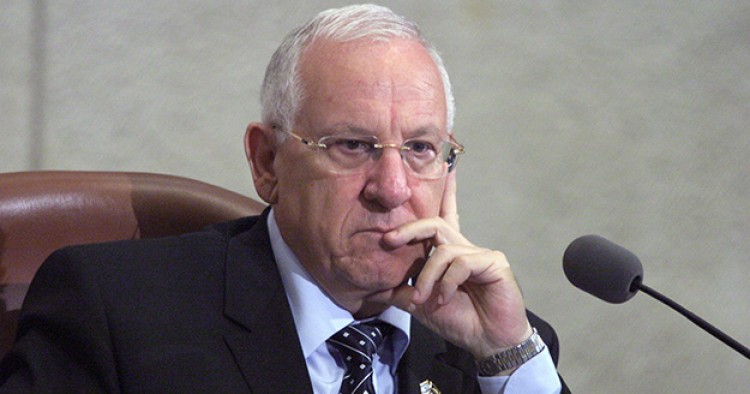 Understanding the new president of Israel, Reuven (“Ruby”) Rivlin—his motives and beliefs, how he contrasts with outgoing President Shimon Peres, and what role he is likely to play during his seven-year term—requires some knowledge of history and Zionist ideology. Rivlin is both a hard-line hawk on the “Greater Land of Israel,” that is, the ideology that holds that Israel should control all land west of the Jordan River (and even perhaps to the east), and a stalwart defender of civil and human rights—two positions usually held by people and parties at opposite ends of the political spectrum. Rivlin’s and his family’s history help to explain how he reconciles these views.

The Jabotinsky Princes and Princesses

Rivlin was literally born into politics, as part of a group of 10-15 so-called Likud “princes,” including major (now mostly past) public figures such as Ehud Olmert, Dan and Sallai Meridor, Roni Milo, Aryeh Naor, and Benny Begin, and Likud “princesses” Tzipi Livni and Limor Livnat. Their royal appellation comes from the fact that all are progeny of followers of the founder of the Revisionist Zionist movement, Vladimir (Ze’ev) Jabotinsky. Their parents were also companions of Menachem Begin in the pre-state radical militia known as the “Irgun,” and most became Knesset members for Begin’s Herut Party, the predecessor of Likud.

Jabotinsky’s Revisionist movement was secular, anti-socialist in that it opposed institutions like the kibbutz, and European-oriented. It is best known for its militancy regarding its territorial demands—“The Jordan has two banks; this is ours and so is the other”—the latter demand since dropped by most. Jabotinsky died in 1940 and Begin led the movement until 1983, when he resigned after six years as prime minister. Under Begin, the movement achieved political power and respectability, and its membership also became predominantly Mizrahi, that is, composed of Jews from Arab and Islamic countries. It also generally became more populist, religious, anti-Arab, anti-intellectual, and xenophobic. Those of its leaders who were “princes” generally fought this trend, seeing it as a betrayal of the movement’s original ideals.

Although they generally stayed with Likud until the last decade, many of the princes and princesses became more liberal as time passed. Jabotinsky’s Revisionism had included a rational world view and respect for others, especially a respect for the rule of law. As Likud strayed from these principles, some princes, most notably Olmert, Dan Meridor, and Livni, have even advocated dividing the Land of Israel with the Palestinians, which was literally heresy for their parents’ generation. Others, without renouncing their steadfast belief in the Greater Land of Israel, have retained aspects of their European liberalism and become outspoken on the democracy, civil rights, and freedom of association issues that have become so prominent in Israel in recent years. That group includes Benny Begin (the former prime minister’s son) and Ruby Rivlin.

As such, Rivlin, though he has maintained a fairly traditional Likud view with regard to who owns the land, has also shown sensitivity in regard to the rights of Israeli Arabs. He is a lawyer, served as manager of the Beitar football team (itself identified with Likud), and entered the Knesset in 1988. He opposed both Prime Minster Ariel Sharon’s disengagement plan from the Gaza Strip in 2003-5, as well as the current of nationalist legislation against Israeli Arabs and liberal NGOs in the last few years. His first trip as speaker of the Knesset (a position in which he served from 2003 to 2006 and again from 2009 to 2013) was to an Israeli Arab village, accompanied by a left wing Arab Knesset member from there.

Israel’s presidency, like those of most parliamentary democracies, is largely ceremonial. One of the president’s few semi-substantive powers is choosing the party leader who will form a new government after an election, normally, though not necessarily, the head of the party receiving the most votes. The presidency has almost always been held by an elderly politician who realized that he would never be prime minister, and Rivlin, at 74, is in that mold. The only partial exception is the outgoing Peres, 90, who was certainly the most internationally well-known and respected politician in Israel, having headed the government twice and held key positions since the founding of the state in 1948, as well as having shared the Nobel Peace Prize.

The most bizarre part of the process that resulted in Rivlin’s election to the presidency was Prime Minister Benjamin Netanyahu’s increasingly desperate and public attempts to prevent Rivlin from winning. He actually attempted to abolish the office of the presidency, and when that failed he tried to persuade author Elie Wiesel, who is not an Israeli citizen and has never been involved in government or politics, to run for it. Wiesel refused.

Speculation as to Netanyahu’s motives ranges from the domestic (his wife Sarah reputedly despises Rivlin) to the political—more particularly, the fear that Rivlin may refuse to ask him to form the next government. Netanyahu’s father was also a follower of Jabotinsky and became his private secretary. However, Benzion Netanyahu moved with his family to the United States in the 1950s, and his son never identified or became allied with the other “princes.” He is thus not considered one, which may also partly explain his antagonism toward Rivlin.

Peres, within the limited confines of the presidency, opposed Netanyahu on occasion from the left, criticizing his actions with relation to peace issues. This is something we will not likely see from Rivlin, whose views on territorial compromise are well to the right of those of Netanyahu.

There is general agreement that Rivlin will stay at home far more than his globe-trotting and international celebrity predecessor. However, should there be some sort of deal that divides the Land of Israel, we will probably hear some rumblings from Rivlin, though well within the understood presidential limits. On the other hand, it is likely that he will be a strong voice, again within limits, for democracy and against racism and “price tag” attacks against Arabs, which have become increasingly common in recent years.

In addition, it is particularly hoped and expected that Rivlin will continue to restore the luster to an office that was badly tarnished by Peres’s two immediate predecessors, one of whom was accused of financial irregularities (Ezer Weizman) and the other of rape (Moshe Katsav, who is still in jail). Thus, we may likely see a President Rivlin who will stand up for the rule of law as well as serve as a moral and well-respected figure, but who also may well employ at least some of the prestige of his office against any settlement resulting in a Palestinian state.