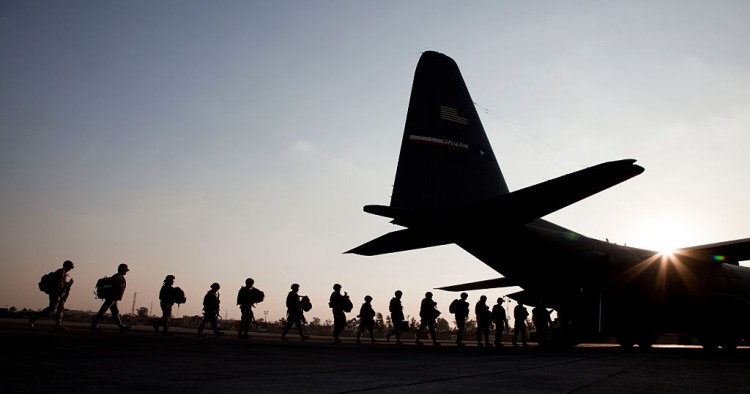 Elizabeth Tsurkov has courageously put forward what she calls a progressive case for staying in Syria. I would regard myself as progressive but I’m not convinced, even if I would have supported many of her arguments in the past.

Since she published the piece, Ankara and Washington claim to have come to an agreement on working together to establish a “safe zone” along the Turkish-Syrian border in the area the Americans currently control along with their allies, the Kurdish-led Syrian Democratic Forces (SDF). That is a good development, as it presumably means Turkey will not unilaterally invade and sandwich the remaining Americans in a crossfire between Ankara’s forces and the SDF.

In arguing for an indefinite presence in Syria, Tsurkov relies on the notion that staying gives the U.S. influence over Ankara and Moscow, serves as a counter to Tehran, and pressures the Assad regime, possibly even creating “internal fissures in its senior ranks” and causing “the Assad regime to institute reforms that would benefit all Syrians.” Those fissures and reforms have been desired for the past eight years but have not yet appeared. It would be easier to argue that withdrawal is more likely to cause them, and to pressure Ankara and Moscow into countering Tehran.

Tsurkov’s argument depends on the assumption that in staying we will do something to make life livable for the population in northeastern Syria and cut off Damascus’ access to its resources. There is precious little evidence of either proposition.

Both food and fuel have continued to flow from Syria’s northeast to the regime, not least because the SDF and its governing structures need the money. Little has been accomplished in making the northeast more livable. It is just not true, as Tsurkov claims, that “even a limited U.S. presence will stabilize the area.” We are down to about 1,000 troops there. Divide that number by three to account for round-the-clock operations, then divide by two to get the tooth (vs. the headquarters, admin, and logistical tail). We appear to have no civilians left to provide aid as well as deal with the complicated tribal and ethnic issues, though the State Department is supposedly readying to deploy a few.

Frictions between local Arabs and Kurds are growing. When the Turks deploy, they will seek to destroy the Kurdish-run governing structures that are in de facto control of much of the area. There will unquestionably be human rights violations, as Tsurkov suggests, in the event of withdrawal, even if U.S. troops remain. There won’t be much they can do to prevent abuses. It is easy to imagine circumstances in which clashes could kill or injure dozens of Americans, causing a precipitous withdrawal.

That could argue for increasing the American presence, rather than decreasing it, and providing the civilian assistance needed. Based on experience elsewhere, the numbers required are daunting: A serious heavy enforcement peacekeeping operation in a population of perhaps 2.5 million would need more than 30,000 troops and 4,000 police at a cost of more than $7.8 billion per year. Does anyone really believe the U.S. president, the Congress, or the American people are interested in such an enterprise? Or that America’s much-denigrated allies would step up to the task? It would be a dicey proposition at one-tenth those numbers.

The implausibility of doing things right, and the unsustainable current presence, argue for a deliberate withdrawal, along with diplomatic efforts to preserve U.S. interests where need exists. What are those interests, and how might they be preserved?

First and foremost is preventing Syria from becoming more of a haven or platform for international terrorists than it already is, despite the much-vaunted victory over the ISIS caliphate. On this, I fear we need to rely on the self-interest of the Russians and Turks, whose post-war postures in Syria will be strong. Moscow and Ankara have as much or more to fear from terrorist strikes as does the U.S., and after an American withdrawal they will loom much larger in the jihadist reality. The Americans would not want to rely on Iran, but Tehran too has an interest in defeating the jihadis and will remain in Syria whether the Americans like it or not.

Second is reducing Iranian influence and pushing Iranian proxy forces away from the Israeli border. The Israelis are already doing the latter to good effect with the consent and even cooperation of the Russians. We can do little more to reduce Iranian influence over a regime that owes its survival to Tehran. It will be up to the Russians, who are competitors as well as partners with Iran in Syria, and the Syrian people, many of whom loathe what Iran has done, to push the Iranians back, if not out.

What about protection of the Kurds, who have led the fight against ISIS in northeastern Syria and face a grim fate if the U.S. withdraws, either at the hands of Damascus or Ankara or both? There is little the U.S. can do over the long term for its Syrian Kurdish allies, beyond offering a few refuge in the U.S. That’s unlikely given the administration’s negative posture on immigration. While the proposed safe zone will act as a buffer between the Turks and Kurds and might prevent the inevitable for a while, the negotiations could still fail. If they succeed, how long will the arrangement last?

Zalmay Khalilzad’s Afghanistan negotiations, which appear to be close to fruition, might be a model for Syria: an at least nominally conditions-based and phased but deliberate withdrawal, in agreement with Turkey and Russia, and perhaps leaving a couple of U.S. counterterrorism bases to ensure that ISIS is hit whenever it makes itself apparent. That wouldn’t prevent the worst: Many Kurds would flee (to Iraqi Kurdistan presumably, despite the political, cultural, and linguistic differences), others will be killed, and ultimately Damascus or Ankara will take charge. But the U.S. under both Barack Obama and Donald Trump has shown no appetite for doing anything about Bashar al-Assad’s homicidal regime. Trump would be happy to see Recep Tayyip Erdogan carrying the burden in northeastern Syria.

I won’t claim a negotiated withdrawal is “progressive.” But saving the U.S. from a half-hearted and unsustainable effort in Syria and returning the troops home would at least prevent American losses. The negative consequences are mostly inevitable anyway. The many mistakes of the last eight years are not reparable. Wouldn’t we do well not to sacrifice troops in a lost cause?

Professor Daniel Serwer, a Middle East Institute scholar, directs the American Foreign Policy and Conflict Management Programs at the Johns Hopkins School of Advanced International Studies. He blogs at www.peacefare.net and tweets @Daniel Serwer. He is the author of From War to Peace in the Balkans, the Middle East, and Ukraine (Palgrave, 2019).