Obstacles to Equality for Saudi Women 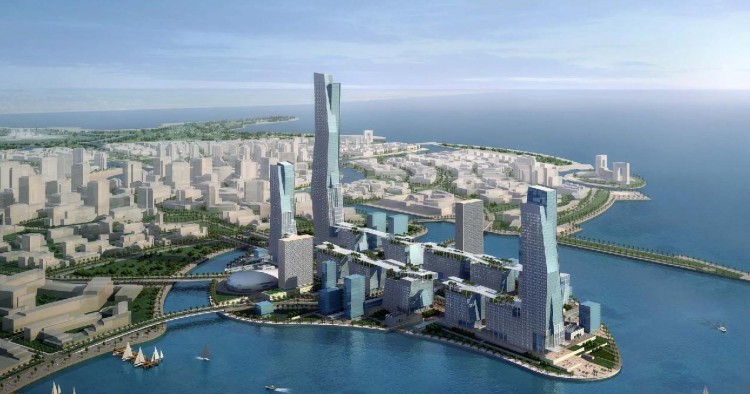 It was in the summer of 1979 that Islam in Saudi Arabia became all about women. At the urging of ‘Abd al-‘Aziz bin Baz, then chair of the Department of Religious Guidance, Legal Rulings, and Propagation of the Faith, Interior Minister Prince Nayf sent a letter to government offices asking for cooperation in curbing practices offensive to Islamic principles. At the top of the list of condemnable behaviors were unsuitably dressed foreign women shopping or eating out in public. Lower down were complaints about wearing crosses, foreign names on shops that played Western music, and dog food displayed on grocery store shelves, while at the bottom was the problem of Muslims loitering outside mosques when they ought to be praying.[1]

Resistance to the overwhelming presence of foreigners, especially foreign women, was already well documented months before Juhayman’s November 1979 assault at the Grand Mosque in Mecca. The director of the Jeddah branch of the Committee for the Promotion of Virtue and Prevention of Vice, for example, addressed a polite message for distribution among foreign companies, asking “our brothers in humanity residing in this country” to observe that “ladies should not expose their legs or arms or bosom or hair and refrain from wearing clothes that are too thin or tight,” men must not wear shorts, and both must avoid public displays of affection.[2]

Taking aim at the behavior of outsiders was explicitly intended by leaders within the religious establishment to protect society from the slippery slope “of blind imitation,” imitating, in particular, the habits of Western women.[3] Their fear of contamination must have struck a cord with society at large, because in the aftermath of the mosque assault, Saudi society turned inward. Saudi women who had never before covered their faces began proudly wearing the niqab, and the era of black gloves, thick stockings, no-nonsense abayas, and women’s prayer circles was launched. Saudi women removed themselves from what was then the center of Riyadh social life for foreigners, the International Women’s Club, and women were forcefully banned from hotel swimming pools and disappeared as television news announcers. Beauty salons were closed, and eventually, all the international schools were compelled to refuse admission to Muslim children.

As the wagons circled around Saudi culture, separation of the sexes and control of women by their guardians blossomed over the next several years into key tangible indicators of what it means to be Muslim, and the Saudi political leadership got behind the task of enforcement. King Fahd, responding to complaints about applications for women to work in offices, sent out a widely-published circular reminding Saudi and foreign businesses that no women would be allowed to work in any establishment, public or private, where they may come in contact with men. At the same time, a list of instructions for keeping men and women separated from each other in the recreational facilities of housing compounds was affixed to passports of visa-seekers at Saudi Embassies and Consulates. By 1983 the Saudi-style abaya, which until then had neither been worn by foreign women, nor expected of them, became de rigueur amongst the newest crop of Western wives and Fillipino domestic helpers entering the Kingdom.

For the regime, pandering to conservative xenophobia was not merely the path of least resistance, but the only course of action that made sense. Among even the most liberal of Saudis, the dislocations brought by development were a source of discomfort, at best, while the Arabian Peninsula had caught the winds of resurgent Muslim identity that were sweeping across the entire region in the wake of the Islamic Revolution in Iran. Besides, the Saudis had already set out to claim leadership of world-wide Islam, but standing as they did Wahhabism, which was hostile to the veneration of saints, pilgrimage processions, non-Muslims, Shi‘a, and Muslim minorities in general, and having shown themselves incapable of protecting the Muslim Holy Places, getting their own religious house in order became an imperative. And so the Saudis tried to seal the connection between themselves as rulers and adherence to a “one true Islam,” first through their new mass education system, which placed religious education as the most important subject in the curriculum, and second, by expanding their bureaucracy of religious functionaries empowered to teach, issue religious rulings, control girls’ education, impose legal judgments, and force compliance in personal behaviors.

Thirty years later, with minor exceptions, regulations affecting women that hardened during the post-Juhayman era are still in place, but they apply to a less-compliant female population whose experience is far different from their mothers’ and grandmothers.’ Today women are educated to a level equal and arguably better than their male counterparts. Fifty-eight percent of all higher education students are women, if teachers’ colleges are included, 79% of PhDs granted in the Kingdom have been awarded to women, and 40% of all physicians with Saudi nationality are women. Yet, women cannot compete on a level playing field with men when it comes to jobs. Though women of accomplishment can be found in every field of endeavor, including the sciences and most recently law, Saudi Arabia has the lowest percentage of women in the workforce anywhere in the world, and 84% of women who are employed work in the country’s bloated, sex-segregated education system.

Despite their education — and sometimes even economic independence — women are legally treated as minors. Women are still not allowed to drive, though King ‘Abdullah once offered words of assurance that they should be. Nor are they allowed to travel internationally, keep a job, obtain medical services, go to court, or marry without their guardians’ permission. They are not included as voters in municipal elections. No legal mechanisms are in place to protect women from domestic violence perpetrated by a guardian, although an independent, licensed human rights society is addressing the problem. In 2008 women were granted access to an individual state-issued ID card without a guardian’s permission, but as yet the card has had limited purchase. Public space and public celebrations belong to men; women’s attendance is viewed as incidental, and their admission confined to discrete pre-set hours. Uncodified Islamic family law, whimsically adjudicated, rules the fate of women in divorce, inheritance and custody cases. When the rights of women in all of the GCC countries are compared, the largest and wealthiest country comes up dead last.

How can this paradox be explained? There are two separate, but interrelated answers. The first is the successful propagation of the Saudi, post-development, women-centered version of Islam and the lack of freedom to talk about it. Organizations must be licensed by the government, and very few advocacy groups are permitted, while those in the media practice self-censorship or are censored. The threat of arrest silences liberal reformers who would be natural advocates for women’s interests. At the same time, the Kingdom’s political culture, tied as it is to the legitimacy of the regime, demands genuflection in the direction of Islam as a religion with something to say about every aspect of life, so that one must profess religious values in the abstract before one can address the laws and regulatory systems that claim to reflect those values. The reformer cannot say that a woman must not be denied medical care absent her guardian’s approval because she could die. The reformer has to first agree that men have the prerogative to control their wives (or protect them, depending on one’s point of view) and only then can he argue against the logical extension of this prerogative ad absurdum: a hospital regulation denying emergency surgery to a wife whose husband is unavailable to consent to her treatment. In other words, the reformer has to undermine his own argument before he can make it.

The second reason is the impact of sex-segregation on women’s earning capacity. Unemployment is a perpetual problem in Saudi Arabia, for men as well as for women, even as an army of foreign workers increases in number from year to year. As long as sex-segregation remains a cornerstone of the Saudis’ interpretation of Islam, the options open to women are confined largely to the public sector, and primarily to education and health care. The Saudis continue to expand the public sector, but with 121,000 women graduating from secondary schools and 44,000 from colleges and universities every year, there is no possibility that enough job options can be created. As for the private sector, 86.7% of jobs are filled by foreigners, and with good reason: salaries are lower for foreigners than for Saudis, and foreigners are not entitled to the generous benefits available to Saudis, such as long, paid maternity leave and time-outs during the work day for nursing. With the rising political influence of the merchant class, who are no longer as dependent on government contracts, the rulers are unable to put policies in place that might undermine private sector profits in the name of full employment. And, when it comes to women, why would they want to? The failure of job-creation for women, shelved under the category of sacrifices nobly paid in the service of religious values, serves the regime’s legitimacy interests as well as the economic interests of the private sector.

The obstacles to equality women face today are not the product of the events of 1979, although these events added urgency to the institutionalization of Islam by the state. Islam became centered on women during that period for the same reasons women were being hoisted on the flag of culture all over the Muslim world, but what sets Saudi Arabia apart from all the other Gulf countries today is that the Saudi rulers still need women to define who they are, and they just can’t let go.

[1]. “Western Customs as Target: City Clean-up action expected,” Arab News, July 2, 1979. The Committee for the Promotion of Virtue and Prevention of Vice subsequently published a pamphlet on proper behavior in the Kingdom, translated into English, French, Urdu and Indonesian, that emphasized the revealing clothing of foreign women which “would be a temptation.” “Revealing Dresses Prohibited,” Arab News, August 2, 1979.