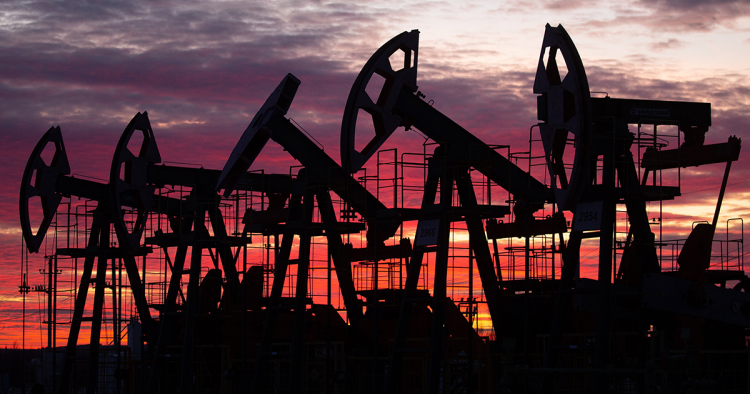 When President Joe Biden’s White House announced that it had successfully enlisted several major oil-consuming countries in an effort to coordinate releases from strategic petroleum reserves (SPRs) around the world, it looked like this would be the only major factor in oil markets that OPEC+ would need to consider at its upcoming meeting on Dec. 2. Then came Omicron.

The newly discovered variant of the COVID-19 virus sent benchmark oil prices plunging on Nov. 26 as uncertainty over its impact roiled global markets. Growing announcements of new European lockdowns had already raised some uncertainty about the prospects for oil demand heading into 2022, but new international travel restrictions imposed in response to Omicron’s early spread look likely to further impede recovering jet fuel demand. The oil-producing countries that make up the 23-member alliance are likely watching prices with a nervous eye as the group now faces a new set of variables for 2022, the final year that its production restraints imposed in response to COVID-19 are set to remain in place.

Oil markets are in a predicament that was unthinkable just weeks ago. Benchmark prices were on a seemingly unstoppable rebound that had continued for months, with the international Brent benchmark reaching its highest level in years at over $86 per barrel in late October, before talk of an SPR release began to place downward pressure on prices. Then just a day after the Thanksgiving holiday in the U.S., prices dropped nearly $10 per barrel from the previous day, with Brent settling at $72.72 per barrel on the news that a new COVID-19 variant was beginning to spread.

Yet even on the day of President Biden’s SPR announcement, prices still posted gains. Few analysts would disagree that the Biden administration’s move was a political one; gasoline and diesel prices in the U.S. are historically a politically sensitive topic, and Biden’s Democratic Party is doubtless concerned about the impact of inflation on what is sure to be a contentious midterm election now less than 12 months away. Rising fuel prices across the U.S. have prompted calls for action from the public and many elected officials, with Biden’s political opponents eager to blame the increases on the White House, despite the few policy options available to the president that can have a direct, lasting impact on crude prices.

Democratic poll-watchers were likely spurred to action by the many reports that oil prices were on an upward tear that would result in $100 per barrel crude before the end of 2021, although the actual prospects for this outcome were always highly debatable, as is the ability of the releases themselves to have the desired impact on prices. As the White House’s repeated calls for OPEC+ to increase oil production continued to go unanswered, the Biden administration appeared to place greater weight on the option of releasing crude from the American SPR, which finally resulted in the announcement that the U.S. would stage two releases totaling 50 million barrels of crude. Shortly thereafter, India announced that it would release 5 million barrels from its own stockpile, with the U.K. adding another 1.5 million. China, Japan, and South Korea, which together accounted for 60% of Asia-Pacific oil consumption in 2020, were also expected to release volumes from strategic stockpiles, though their commitments have not yet been clarified.

While the SPR releases were likely to trigger debate among OPEC+ delegates regardless of the group’s eventual decision, it was a problem that was still relatively straightforward due to the fact that it represented a fixed level of increased supply being made available to the market over a definite timeframe; the group’s plans to continue adding 400,000 barrels per day (bpd) in additional supply on a monthly basis could be placed on hold for two months in order to offset the impact of SPR volumes. Now, the group is preparing to grapple with the much tougher question of how the new COVID-19 variant is going to shape oil demand in 2022.

Where does OPEC+ go from here?

Before the emergence of Omicron, OPEC+ would have likely debated the merits of pausing its monthly production increase for January, depending on the price environment. Outside of SPR releases, demand looked set to continue improving, with most projections pointing to an oil market surplus sometime in the first half of the year. Now, however, the alliance will likely favor a far more cautious approach heading into winter. For the time being, this looks likely to take the shape of a pause on adding any supply in January while holding open the possibility of repeating this decision in February. With Omicron as the main variable, continued SPR releases can be expected to increase availably supply until then.

If the new variant appears less likely to disrupt travel and economic recoveries than markets initially seemed to fear, OPEC+ may even continue its 400,000 bpd production increases in February. This would reflect a particularly bullish sentiment that appears hard to imagine for the moment, but the emergence of new COVID-19 variants is such a wildcard for markets that such an outcome cannot be entirely ruled out until more data about Omicron is available, which could take several weeks.

If the worst is true, and Omicron results in a dire outlook across the world as temperatures drop for winter, the alliance may even consider a new production cut in addition to halting increases. Although this would help put a floor beneath prices and prevent them from reverting to the low levels that would begin widening budget deficits for producing countries, it would also reflect incredibly uncertain prospects for the continued recovery of oil demand in 2022, which was broadly expected to return to pre-pandemic levels.

Yet any course of action from this point on will be challenging. Most producers within OPEC+ are eager to continue raising output after the economic pain of pandemic-related demand destruction in 2020. For others, such as Nigeria and Angola, and increasingly Iraq and Kuwait, declining production and infrastructure issues are beginning to complicate the process of raising production above current levels. This has the potential to create friction between the group’s members as it continues to unwind production cuts into 2022, especially if larger producers like Saudi Arabia, Russia, and the UAE will need to increase their production to make up for chronic underperformers.

The alliance will also need to keep an eye on two key geopolitical developments impacting its members in the coming year. The first of these is the resumption of talks to revive the Joint Comprehensive Plan of Action, which could result in the U.S. gradually rolling back sanctions on Iran and adding up to 1.5 million bpd of crude back to the market. Much like Omicron, the prospects for this outcome do not appear very clear at the moment. Perhaps equally uncertain is the potential disruption of Libyan oil exports if the country’s planned elections in late December result in civil strife; Libya has sustained over 1 million bpd in exports since a domestically-imposed blockade that sent its production level to nearly zero was lifted in late 2020, and the loss of these barrels could easily cause prices to rise again. Crucial to OPEC+ is that both of these countries are currently exempt from production quotas, and reallocating quotas to include either or both in a revised market-balancing strategy would likely cause dissention in the group’s ranks.

What these variables do appear to demonstrate above all is that market management from OPEC+ looks set to remain a component of oil markets for the foreseeable future. As the challenges its members face preparing for the energy transition grow increasingly divergent, the alliance’s efforts to manage markets and balance the policy priorities of its own members will grow to be an ever-more complicated task.

Colby Connelly is a non-resident scholar with MEI’s Economics and Energy Program and a research analyst at Energy Intelligence. The views expressed in this piece are his own.