Orientalism and Sexual Identity in the Works of Abdellah Taïa 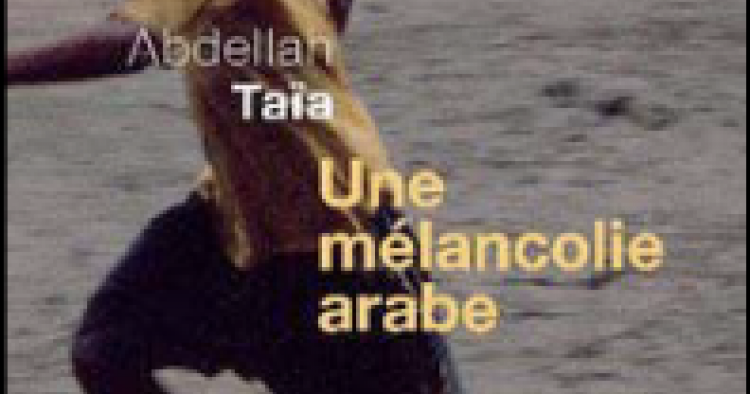 Outside of the burqa and the banlieues, French public debate allows little space for North African immigrants. Muslim immigrant communities play static stereotypes in the French mind; recent debate about the veil, fomented by the bien-pensant government of President Nicolas Sarkozy, has further squeezed shut a conciliatory place for Arab Muslims, in general, in the French national imagination. The former North African subjects are “caught between two chairs” (le cul entre deux chaises), as the crude French saying has it. Moreover, a French penchant for Orientalist dialogue — sometimes benign, sometimes sexual, but always dominant — precludes a hope for cultural contribution from the immigrant sons of Parisian suburbs, other than the otiose kebab kiosk. Yet, emerging from between the banlieues and out from Gérôme’s The Snake Charmer, Abdellah Taïa is re-mapping the French collective imagination, and pushing sexual envelopes, one book at a time.

The quiet Arab of Albert Camus’ L’Etranger has become more obstreperous since decolonization. Herein struggles Abdellah Taïa. In the tradition of Frantz Fanon, Taïa writes in the “imperial” language. His reading public consists essentially of wealthy Arabs and Francophone Europeans. How, then, is his work relevant? Looking for his books at Fnac in Paris, the French equivalent of Barnes and Noble, one would assume that since Taïa both writes in French and lives in Paris, his works would be in the French literature section. How naïve. One must first be brought to a vague “Middle Eastern and North African Literature” section. This does not abrogate the implications of his work, however. Although he neither resides in Morocco nor writes in Arabic, the author is re-mapping the French Orientalist imagination, complicating sexual discourses, and unveiling the dominance of French cultural imperialism.

Taïa was born in 1975 in Salé, Morocco, a village just outside the capital Rabat. There, in a three-bedroom house, Taïa lived in close quarters with his family. “One room for my six sisters, my mother, my little brother and me,” he explained to journalist Brian Whitaker of The Guardian in Paris in January 2009. “The other room was for my big brother and the last one for my father. What I try to show is what it’s like being in the middle of this group and being influenced by the bodies of these people that I was so close to. I was attracted to some of them but of course there were barriers, which I couldn’t cross.”

In The Salvation Army, an account of his first experience on the harsh streets of Geneva as a scholarship student, Taïa further jostles sensitivities. Letting his “imagination” go, he “ventures in this torrid and slightly incestuous ground with a certain excitation.” He also discovers a cacophony of sexual desire, love, and admiration for his older brother Abdelkebir.

One is struck by both this extremely explicit, and very unexpected, memoir. The style resembles, somewhat, Rousseau’s Confessions: part autobiography, part fiction, but entirely provocative. As a Western reader, one is also confounded. Modern populist discourse tells us that the Arab Muslim world is über-conservative, stringent, and fundamentalist; sex is wrapped in the burqa and kept out of sight. But classic Orientalist dialogue characterized the Oriental as sexual, wild, polygamous, incestuous, and homo-erotic. Which is it, then, that Taïa seeks to convey? As a Western reader, are we to re-embrace images such as Delacroix’s Death of Sardanapalus, Ingres’ Turkish Bath, or Gérôme’s The Snake Charmer? The re-mapping of a modern Orientalist imagination has begun.

The curious case of sexuality in the Middle East may seem odd. But in light of Joseph Massad’s 2007 publication Desiring Arabs, Taïa presents another implication. Massad argues that homosexuality is a Western construct, an identity that is not organic to the non-European world — the Arab world in particular, as the title suggests — and is ideologically perpetuated and imposed on the Arab by what he calls the “Gay International.” Massad does not offer a moralistic assessment of homosexuality as such; the book is staunchly academic and printed by the prestigious Chicago University Press. Rather, he asserts that the Gay International is part of a missionary campaign by the West, its roots in the Carter Administration’s Human Rights campaign against Soviet transgressions — a Cold War ideology which birthed America’s myriad proxy wars, of which the Afghan Taliban counts among US policy bumblings. Massad writes: “Like the major US- and European-based human rights organizations (Human Rights Watch, Amnesty International) and following the line taken up by white Western women’s organizations and publications, the Gay International was to reserve a special place for the Muslim countries in its discourse as well as its advocacy. The Orientalist impulse … continues to guide all branches of the human rights community.” Taïa, however, both confirms and rebuts Massad in The Salvation Army and An Arab Melancholy.

In The Salvation Army, an account of his first exposure to cruel Geneva, Taïa conveys a tense relationship with Western men. They always suspect Taïa and other Moroccans of being prostitutes, both gay and straight. However, this Western-imposed sexuality on the Oriental did not catalyze Taïa’s homosexuality. That is, Taïa is clear that he is not an oppressed, poor Arab who interiorized a sexuality projected by white European men. In contrast, he insistently describes the development of his homosexual identity with other Moroccan teenagers, whether it be his older brother, or his group of “bad boy” friends, who engage in sexual boundary pushing in their impoverished town. Taïa clearly gives the impression that he did not first need to go to Europe to realize what it meant that he preferred men, i.e., that he is gay. Rather it was in Europe that he fully realized that he and other Moroccans are commodities to be bought and sold.

In An Arab Melancholy, Taïa tells another tale of sexual initiation, and a less tender one than his family stories in The Salvation Army. Specifically, he relates the time where he escaped collective rape by a group of Moroccan “bad boys.” The boys, however, are held back by the muezzin’s call to prayer. Throughout, homosexual desire is depicted as prevalent and real, though more aggressive and derisive. For example, a policeman yells slurs at the young author as he accompanies a white man around Marrakech. Thus, the vision of prudish, violently homophobic Muslim countries is complicated. Also, Massad’s assertion that homosexual identity and/or emotional attraction are Western imports and imposed constructs weakens.

Lastly, Taïa exposes French domination over Morocco, and by extension, North Africa in general. First, the male European character is sketched in detail in The Salvation Army. Being European is a consummate ideal. Salim, the first man with whom Taïa has sex, is a Moroccan émigré to Paris; he does not speak Arabic. France, and Europe, therefore consume and overpower l’etranger. Foreigners must self-immolate into the burning torch of French identity or get burned. Those who get burned huddle, nameless, in the banlieues.

Second, the European male is dominant and controlling. The Oriental is, for the European, a fetish, a pastime. For example, Jean, Taïa’s Swiss lover, calls the author a “little whore” when they break up. Labeling a man as not only a woman, but pathetically small, suggests a dialogue of domination. Another Swiss man, a random pedestrian, initiates Taïa into the underground gay sex scene. Taïa exudes a certain passivity and acceptance regarding his status as a prostitute in the eyes of European men. Hence, the European possesses knowledge and can manipulate the Oriental. Europe is his territory, as much as the colonies were once his. Also, as the author narrates, “a little elegant, arrogant fifty-year-old man walks up to [Taïa] and gives [him] a business card, upon which is written: I pay well.” This is, for Taïa, the sine qua non of the double-faced European fascination of Moroccans. All these characters, whether integrated émigrés or blue-blooded Europeans, are the prototype of the powerful European who can control, buy, and impose an identity on the Oriental. The classical Orientalist presupposition is reified. The Arab is somehow more sexual than the European and any European can have sex with an Arab, or for Taïa, a Moroccan.

Flying back to Morocco, Taïa best conveys the implication: “The plane that brought me back to Morocco, a couple of weeks later, was full with Moroccan women who thought they were chic. They were high-class prostitutes. They had just finished their season in Switzerland, and were triumphantly going back to Morocco, their pockets full, their freedom finally acquired thanks to Swiss francs. Over there, like here, everything could be bought.” Europe and the West remain the historic and contemporary dominators, be it financially, politically, or racially. The Oriental remains the subject of study, domination, and desire. Such is the task of desiring Taïa.