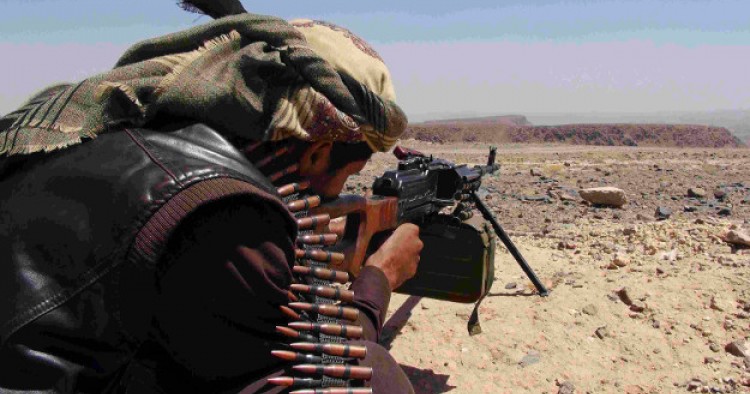 The Yemeni civil war, which began in March 2015, has become another quagmire in the Middle East with increasingly sectarian overtones. However, sectarianism is not the only dimension to this conflict. Indeed, the war has straddled a number of cleavages in Yemeni society, including the north-south divide. The Southern Nationalist Movement, an umbrella platform known locally as Hirak, presents a major obstacle to peace as it continues to call for secession for the south. Hirak vocalizes the social, political, and economic grievances of those living in Yemen’s southern provinces, an area formally part of the People’s Democratic Republic of Yemen, colloquially known as South Yemen, an independent country from 1967-1990. There is little hope that the Gulf states, backed by American support, will be able to meaningfully resolve Yemen’s civil war as long as they see the conflict solely through the prism of confrontation with Iran.

Hirak’s presence defies the common narrative that largely frames the Yemeni war as an exclusive regional proxy war between heavyweights Saudi Arabia and Iran. The movement has shifted its demands several times, welcomed support from all sides of the conflict, and increasingly fragmented into fairly autonomous local units that have competed for power and partnered with unsavory groups, including al-Qaeda in the Arab Peninsula.

It is important to note that there is no single Hirak, but rather multiple movements under the same name led by various leaders in different regions. Such fragmentation can be seen as both a blessing and a curse. An Adeni man characterized Hirak as “a snake with a thousand heads... It is the strength of the movement that it does not have a national leadership that can be liquidated.” According to the Yemeni Center for Civil Rights poll in early 2010, it found that the “southern cause” could boast the support of 70 percent of the southern population. However, the leadership has never been unified.

The dominant leader of the pro-independence faction is Ali Salem al-Beidh, who led the unification of the country with North Yemen in 1990. He became the vice president in the transitional government, but four years later, Beidh went from supporting unification to being its most vocal critic. At Hirak rallies, Beidh’s image is plastered all over banners. He commands the support of old guard elites and the urban poor who yearn for the stability of the Socialist era.

Another hardline separatist, Hassan Baoum, is a popular Hiraki revolutionary from eastern Yemen. He leads the Southern Movement’s supreme council, which calls for the South’s full independence.

However, some Hirakis prefer federalism over independence as a viable solution. Mohamed Ali Ahmed, the former governor of the Abyan governorate, argued in 2012 for the formation of a two-state federation of north and south, followed by a referendum for independence after five years. Pro-independence hardliners see this as a ploy and accuse Ali Ahmed of working with Abdrabbuh Mansur Hadi to reinstate the status quo. Younger Hirakis were inspired by the country’s National Dialogue Conference that was formed after Saleh stepped down, backing the conference’s recommendation that Yemen should become a federal state divided into six regions. They argue that federalism can form a common national identity that is needed to address grievances in the south and elsewhere.

Salafi factions, such as the al-Nahda movement, also form part of Hirak’s base. They operate in rural areas, far away from provincial civic centers. Jihadist groups, such as Ansar al-Shariah, an affiliate of al-Qaeda in the Arabian Peninsula, have also called for southern independence. Ansar al-Shariah has been accused of personal and financial connections with leaders in other factions of the movement.

Throughout Hirak’s existence, both Iran and Saudi Arabia have offered varying degree of support. Iran originally wanted a foothold in the region and saw Hirak as beneficial in pressuring the Saudis, while having access to the strategic Bab al-Mandab strait. Iran provided financial support and military training to Hirak. Southern Yemen has a majority Sunni composition, suggesting Iran’s motivation for its outreach is more about creating trouble in Saudi Arabia’s backyard rather than ideological. It was reported that Beidh was living in Beirut under Hezbollah’s protection. The Guardian reported that Iran met with Hirakis to offer external support for a federal Yemen and guarantees of infrastructure investment. However, the Hirak delegation, comprised of leaders in the pro-independence camp, refused out of their commitment to secession.

At the outset of Yemen’s civil war, Hiraki leaders initially welcomed Operation Golden Arrow, the military coalition led by Saudi Arabia, to push advancing Houthi rebels out of southern provinces. Even though the Houthis differentiated themselves from the oppressive former president, Saleh, Hirak members still perceived the joint expansion by Houthis and Saleh loyalists as an act of northern aggression.

Hiraki leaders hoped that the coalition would be sympathetic, even to the extent of backing the South’s independence as a Saudi-backed state. Saudi leadership, along with Hadi—who had fled to the former South Yemeni capital of Aden after the Houthi rebels’ initial advance, and thence to Saudi Arabia—believed Hirak to be a natural ally vis-à-vis the northern, Houthi-Saleh alliance.

Iranian influence began to wane as Hirak’s leaders realized they had more to gain (or lose) from the Saudi coalition. However, Hirak’s overarching goal—to secede from the rest of Yemen—could not be further from the Saudi-led coalition’s ultimate aims, which are to reinstate Hadi over a unified country while blunting Iranian influence in their backyard. Although Hadi was brought in as a Southerner after Saleh’s removal to unify the country, he does not enjoy popular backing from Southerners who view him merely as a northern puppet. Still, Hirak saw its best option was to position itself for postwar concessions through an uneasy alliance with Hadi and the Gulf states. Beidh switched allegiances from Iran to Saudi Arabia, praising the Saudi-led coalition while continuing to stress that southern aspirations for independence must be recognized.

The Importance of the South

The war has dramatically changed the landscape of the south. Hirak’s autonomous units further metastasized when fighters were asked to continue north with the coalition to liberate lands as far away as Sanaa. Hirak’s troubled relationship with Hadi and the Gulf states reached a boiling point last May when Hirakis clashed with coalition security forces in Aden, after Hirakis entered a security administration building. As such, support, primarily from the Saudis, has dwindled.

In January, Hiraki factions refused to participate in a Saudi-led effort to capture the Bab al-Mandab strait in the Taiz governorate. However, southern factions fought alongside the coalition to liberate the port of Mocha. Charles Schmitz notes that the operation in Taiz caused “friction among southerners who reject any involvement in northern affairs and do not want southern blood spilt for northern issues.”

Nevertheless, Hirak still enjoys popular support among the South’s six million residents. Hirak is both deeply divided and widely popular, making the movement a significant yet uncertain player in the current war. Still, the intensity of the war has exacerbated the divide between north and south, deepening Hirak’s separatist aspirations.

Although the South’s independence does not seem currently tenable, Hirak’s demands must be considered at any negotiation table. If not, Yemen will continue to remain unstable. The north-south dimension to the Yemen war is a major factor that the new U.S. administration needs to consider as it frames its Yemen policy and seeks an enduring resolution to the conflict.