The Political Economy of Reform in Post-COVID MENA 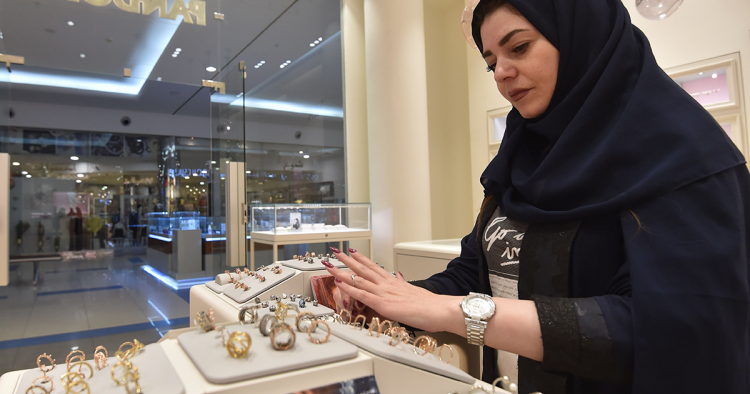 Everybody wants development, nobody wants to change.

This adage, variants of which have been attributed to many authors, is certainly true for the Middle East and North Africa (MENA).

The MENA region is a study in contrasts. Girls outperform boys in school, yet the MENA region has one of the lowest employment rates for women in the world. Over the past two decades, MENA has had 10 times more protests (incidents of peaceful social unrest) than the rest of the world, yet its economic structures don’t budge. In MENA, technology usage rates are comparable to those in developed regions — but almost only for social media. E-governance lags and digital payments are virtually nonexistent. On the same peninsula in MENA, one of the richest countries in the world coexists with one of the world’s worst humanitarian crises. Despite its common culture, language traditions, and, to a large extent, history, MENA is one of the least integrated regions in the world.

Underlying these contrasts is stubborn low growth across the region. Even before the pandemic, in MENA economies, including the high-income ones, GDP per capita grew more slowly than the already low median rate in countries in comparable income groups in the rest of the world.

“Stubborn” is the key word here. MENA economies chugged along in earlier decades seemingly unfazed by the global mega-trends that have revolutionized the way people work and live and oblivious to the region’s youth protesting in the streets and squares to demand “bread and dignity.” If anything, rather than seizing the upside of what has become known as the Arab Spring, Libya, Syria, and Yemen spiraled down into conflict and such countries as Egypt, Jordan, and Tunisia ended up accumulating public debt to worrisome levels without a corresponding boost in growth.

The low-productivity, low-growth equilibrium that permeates MENA is difficult to undo because its economic and social features reinforce each other through a social contract that has traditionally played into the hands of the governing elites. Those elites had an incentive to keep the economic pie smaller, because the reforms needed to allow the pie to grow would threaten their status and privileges.

This low equilibrium is both costly and unfair. The region would have at least a 20% higher GDP per capita had all countries grown over the past two decades at even the modest median rate of their corresponding income groups. This lack of dynamism is reflected in inequality of opportunities. In MENA, geography is destiny: Regional disparity contributes to a 63% larger share of inequality in MENA than elsewhere in the world. In other words, where people are born — not their skill or their effort — is the overriding determinant of their life outcomes. In part, this is the consequence of outdated and in many cases backward education systems, which use outdated curriculums that increasingly fail to prepare students for changing job markets. In addition, MENA economies don’t create enough jobs for their young people and the jobs created are insufficiently productive, which leaves the region with an unfinished economic transformation.

What can jumpstart the change that is so sorely needed?

Historically, crises have brought reform the world over. For example, a recent review of 49 countries shows that more than two-thirds of them embarked on a path toward universal health care only after a crisis such as a war, a coup, or a severe economic downturn. In Morocco, for example, the pandemic seems to have prompted an acceleration toward universal health coverage, including consolidation of fragmented health insurance schemes and the extension of financial coverage to 11 million more people.

"Big-ticket item reforms that support a more dynamic economy … are a must for MENA."

But even if the pandemic can trigger a health care reform in a MENA country, many are skeptical that the COVID-19 crisis can spark a wider economic transformation in the region. Yet, new technologies and long-term demographic trends already are making the region’s social contract untenable. For example, increasing concerns about climate change have driven global innovation favoring renewable energy. And countries in MENA have begun to recognize that excluding women from economic activities is increasingly unaffordable, especially Saudi Arabia, whose long-term reliance on fossil fuels makes it particularly vulnerable. Starting 2015, in an impressive set of reforms to eliminate constraints on women’s participation to economic life, the Kingdom of Saudi Arabia married good economics with a significant push toward modernization. As a result, female labor force participation in Saudi Arabia rose from 19% in 2016 to more than 33% at the end of 2020. Egypt has also moved to allow women more equal employment opportunities by rescinding rules that constrain women in the job market and countering a concerning revival of conservative discourse.

Big-ticket item reforms that support a more dynamic economy — including levelling the playing field between public and private firms, modernizing social protection systems, and transforming the role of the government from actor on the marquee to steward of the economy — are a must for MENA. But they haven’t happened so far for reasons that are rooted in both privilege for the governing elites and public distrust of government.

So, while keeping the eye on the big prize, it’s important to think strategically and take reforms in smaller bites that elites will perceive as less threatening — for example by sustaining the new segments of the market that are growing thanks to new technologies and in which privileged actors have not yet encroached. In the digital space, transformation doesn’t necessarily come at the expense of incumbents. But even in the digital realm, the region needs institutional reforms to ensure that telecom companies, which build and maintain networks and offer data services to people, are regulated with an even hand. Establishing independent competition authorities is essential to ensure competitive neutrality. This is starting to happen in Morocco and also in Saudi Arabia, where the General Authority for Competition (GAC) was installed as an independent authority in 2019 by a new Competition Law. The GAC has recently dealt with competition cases in the strategic pharmaceutical and health care industries.

Each country will have to find its own path to galvanize support for a complex package of reforms. No matter the strategy, one set of reforms is truly no-regret: moving towards more transparent governance, fair and modern judicial systems, and a relationship with citizens that relies on full information and data openness, not only to help people and institutions navigate the COVID-19 pandemic, but also to rebuild trust between citizens and governments. Countries should embark on these reforms immediately. It will be a long and bumpy ride, but they might be the most cost-effective of all.