Pompeo’s audience: The Trumpian base 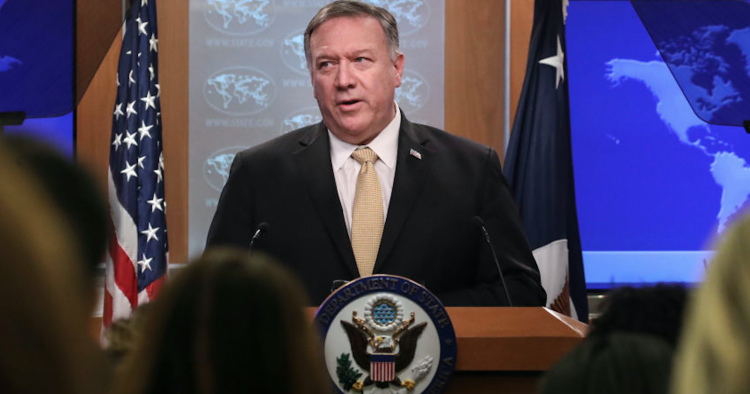 It is not always recognized that Secretary of State Mike Pompeo’s Nov. 18 declaration that Israeli “settlements are not inconsistent with international law” was primarily political, not diplomatic, designed for domestic American consumption as part of the president’s reelection campaign. Secondarily, it was intended to strengthen Israeli Prime Minister Benjamin Netanyahu’s hand in the current coalition negotiations and/or the likely upcoming Knesset election, if coalition negotiations fail. Third on the list, almost an afterthought, is the effect on the Palestinians, whose future state’s boundaries it purports to impact. It clearly invites Israel to annex parts of the West Bank and to build more settlements, thus joining the U.S. recognition of Jerusalem as Israel’s capital and recognition of the Golan Heights as part of Israel as gifts to the Israeli right and to Donald Trump’s largely evangelical base.

From Secretary Pompeo’s first words on settlements in his speech, its political intentions were apparent. “Turning now to Israel, the Trump administration is reversing the Obama administration’s approach towards Israeli settlements,” he began. President Trump has already indicated ad nauseum his fervent desire to destroy every element of Barack Obama’s legacy and Secretary Pompeo has made it clear that he will follow every twist and turn of Trump’s wishes. Everything Obama has done must be reversed. Pompeo even construed Obama’s December 2016 Security Council abstention on the legality of settlements as proving his support for the measure.

Contrary to Pompeo’s strong implication in his speech, the Obama administration took care not to declare settlements illegal. Obama did say that it made Netanyahu’s claim to support the two-state solution hard to believe and “if this trendline continues — [it will be] impossible, to create a contiguous, functioning Palestinian state.” He indeed pleaded repeatedly with Israel to stop their expansion but he never claimed they were illegal. The only president to state that was Jimmy Carter, who left office in 1981. Settlements have been repeatedly declared illegal by most international legal bodies that have considered the issue. Even the then legal advisor to the Israeli foreign minister came to that conclusion in September 1967, writing "[C]ivilian settlement in the administered territories contravenes explicit provisions of the Fourth Geneva Convention." Obviously, no Israeli government has heeded that advice, and the document lay buried for decades.

Trump, by his own actions or through Pompeo, has repeatedly shown that he considers international law to be irrelevant. What is important is retaining his base. And that is the import of Monday’s speech.

Trump’s base supports him because he “keeps his word,” a trope repeated endlessly by his rank-and-file supporters. He has indeed; continuing to wrench American policy toward fulfilling the dreams of the Israeli right wing and their fervent supporters in the U.S., in the process making the two-state solution more distant than ever. For Trump’s base, safeguarding Israel is perhaps second only to securing the Supreme Court for the right as an existential issue.

Trump likewise needs to maintain his credibility with the Israeli right, which was shaken by his sudden abandonment of the Kurds. Many Israelis — like the 20 percent of American Jews who support him — fear that if he can drop the Kurds, how safe are they? This step reassures them that he still has their back. The Israeli right has also been worried that Jared Kushner’s long-delayed peace plan may require Israeli concessions. Pompeo’s speech is a clear indication that it will not include a Palestinian state nor demand settlement evacuation.

It also provides a political lifeline to Netanyahu, who is expected to be indicted within weeks. In a meeting with settler leaders he made the connection clear. “Use everything at your disposal to ensure that I stay as prime minister,” Netanyahu said. “All of America’s declarations will be meaningless if I’m not prime minister.” This comes at a point when negotiations for a unity coalition seem to have failed, and Israel may have its third election within a year. Netanyahu is Trump’s candidate, and just a few more Knesset seats would make him prime minister again. Gestures like this may help.

As expected, Palestinians and virtually all Arab leaders have denounced the new policy. Trump is presumably betting on the fact that Arab leaders are tired of the Palestine issue and are unlikely to put their discomfort with Pompeo’s speech at the head of their American agendas.

Some have speculated that the announcement’s timing was affected by the EU’s high court declaring that products from the Occupied Territories must be so labelled, and the International Criminal Court’s upcoming hearing on whether Israeli settlements constitute a war crime. The new policy puts Trump in his favorite place: in opposition to the consensus of Western nations.

If a Democrat replaces Trump in the 2020 elections, he or she will have a big job reconstructing much of America’s foreign policy. And that is exactly what Trump wants.