The Power Generation Crisis in Egypt 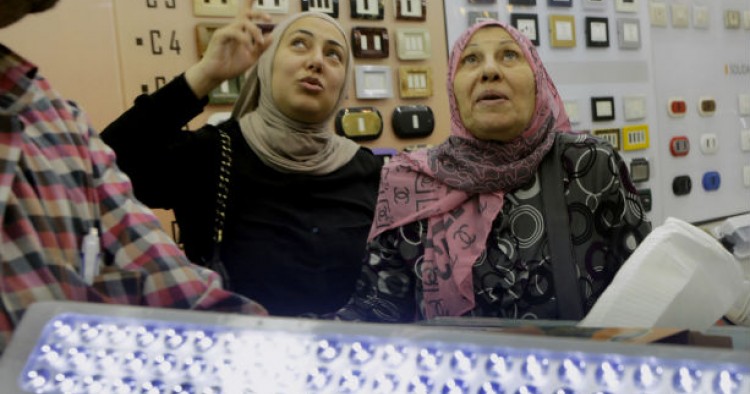 Although power cuts are hardly new in Egypt, no Egyptian government has tackled the problem seriously and transparently. After the January 25, 2011 uprising, Egyptians had less patience with the failures of state services and demanded change.

By the summer of 2012, Prime Minister Hisham Qandil publicly acknowledged that Egypt had an energy crisis, and he advised residents to conserve energy by congregating in single rooms and wearing cotton clothes.[1] Before the mass protests that removed him from power in 2013, President Mohammad Morsi was accusing Mubarak sympathizers of hiring people to cut power lines, implying that the energy “crisis” was manufactured by partisans.

Enter Abdel Fattah al-Sisi, who again revived the austerity discourse as the cure to the frequent power cuts affecting millions of Egyptians and a patriotic step in its own right.[2]

Long before the January 2011 uprising, the Egyptian energy grid was inefficiently administered by a weak state that was incapable of implementing a “rational” plan for securing energy.

The government’s long-term plan was based on a 10 percent increase in the yearly demand. However, the annual increase exceeded 12 percent. In the last 15 years, the state has added capacities of 10200 megawatts (Mw) generated by thermal power plant, and by the end of 2013 the Egyptian power generation capacities reached 30000 Mw. That this is inadequate for a population of 86 million is apparent when one considers consumption in other countries: South Africa, 44000 Mw, population 48 million; South Korea, 80000 Mw, population 49 million.[3]

Home consumption constitutes 40 percent of energy demand; industrial use accounts for no more than 30 percent. This implies that the air conditioning, water heaters, and washing machines consume the biggest share of the generated power. Power cuts are frequent in the summer, when air conditioners are heavily used and demand exceeds the grid capacity.[4]

The state assumed responsibility for power generation growth and sought loans from international banks. It committed to adhering to procedures that increased the investment cycle required for building plants and that limited the numbers of the new built plants.

Projections for power generation growth were based on optimistic forecasts of natural gas availability.[6] However, these expectations were not borne out. Gas exploration and production companies had signed contracts with the government, entitling them to 50 percent of the produced gas. After the January 2011 uprising, the government was unable to pay these companies, and they in turn halted their activities.

The crisis was made worse by Egypt’s inability to secure loans from international banks, which meant that it was unable to build new power plants. As a result, inadequate power grids operated at full capacity to meet increasing demand, and regularly scheduled shutdowns for maintenance were canceled. This led to decreased efficiencies, shorter life times, and a high risk of power cuts.

Power shortages were exacerbated by terrorist attacks, in which transmission lines towers were targeted. The Egyptian Ministry of Electricity reported that 300 attacks occurred during the struggle between the regime and the Muslim Brotherhood after the June 30 uprisings.[7]

By the summer of 2014, power generation was only 70 percent of capacity, and the crisis seriously threatened the country’s economic and services sectors—its businesses, factories, corporations, and hospitals.

The Sisi administration attempts to portray itself as more resolute than the preceding government in tackling the energy crisis.

To address citizens’ rising anger, Sisi ordered the cabinet to prioritize power generation in the natural gas distribution plan. Accordingly, the gas flowing to the cement and fertilizers’ factories was cut from 940 million cubic feet to 350 million cubic feet per day. This has decreased the shortage between production and demand to 1800 MW. This solution was an urgent temporary maneuver for resolving the power cut issue in the last two weeks of August.

Meanwhile, Minister Ibrahim Mehleb announced that energy subsidies cost the government about 130 billion pounds a year (approximately $18.8 billion), or about 10 percent of the GDP, a huge burden on the fiscal budget.[8] His statement suggests that the new government is moving toward restructuring energy subsidization.[9]

In the 2014-15 budget, spending on energy subsidies has been slashed by almost a third and the cabinet implemented a graduated increase of 30 to 55 percent in electricity prices, depending on the consumption category.[10]

Accordingly, fuel prices have increased for consumers. The price of gasoline, diesel, and natural gas has increased from 40 percent to 175 percent for vehicles, and prices of natural gas increased by 30 to 70 percent for steel and cement industries.[11]  According to government sources, these hikes are part of a package aimed to restructure energy policies, permit sensible use of energy resources, and save fuels for public services including power generation. Such procedures are also expected to help decrease the budget deficit and to secure a better economic environment for infrastructure investments required to achieve economic growth.

The Sisi government’s plan to tackle the energy crisis includes importing natural gas from Algeria and even from Israel, and permitting importing coal for usage in heavy energy consumption industries and for power generation sector. The government plans to encourage the private sector to invest in infrastructure. Subsidies will be reduced, resulting in higher prices for consumers.

The government is showing a growing interest in renewable energy (mainly solar) in collaboration with the EU and the World Bank.[12]

The chronic power shortages are a result of short-sighted policies and the deeply rooted inefficiencies and corruption of the state apparatus, passed along from one regime to the next.

Three years after the uprising that toppled Husni Mubarak, it has become evident that the state requires urgent and serious reform in order to survive. The question that must be raised is this: is real reform, which will threaten interest groups and business elites, possible without real support from independent, active, and organized civil society? It is hard to be optimistic; history has shown that such elites are likely to resist anything that threatens the exaggerated privileges they have enjoyed for decades.