The Price of Negotiating 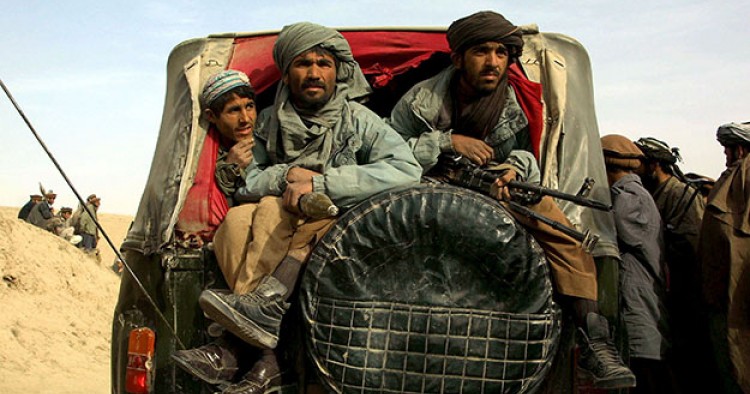 It is past time to shed the illusion that talks with the Afghan Taliban can result in a grand bargain that somehow resolves the Afghan conflict. The belief that there is, after all, nothing to lose in trying to bring the insurgents to the negotiating table is misguided. Three years of continuing American attempts to get talks going have had consequences that are anything but benign. These efforts have diverted attention from needed domestic reforms; undermined confidence in the critical economic, political, and security transitions underway with the departure of U.S. and other NATO forces; and harmed prospects for a viable Afghan state after 2014.

The damage accruing from mostly wishful thinking about reaching a comprehensive settlement with the insurgents is widely evident. It has planted doubts about American intentions and further strained Washington's testy relations with Afghan President Hamid Karzai.  Karzai and his close advisors have interpreted American diplomatic initiatives as deliberately sidelining the Kabul government's participation in negotiations. Fears that the United States and Pakistan are working in tandem to strike a deal with the Taliban that would divide up Afghanistan have also worsened Kabul's already acrimonious relations with Islamabad. The Karzai government's own peace initiatives have also intensified differences with Pakistan, which is accused of blocking Taliban participation in talks. Karzai's recent visit with Pakistani Prime Minister Nawaz Sharif, while cordial, is unlikely to end those suspicions.

But the most destructive fallout from the ill-founded prospect of a negotiated peace with the insurgency has been its effect on the Afghan people, only a minor fraction of who support the Taliban's return. The possibility that the Taliban might once again wield power has exacerbated ethnic tensions within Afghanistan. In particular, the country's northerners detect what they believe to be a Pakistani solution that cedes the south and east to the Taliban, who are then thought certain to make a bid for power over the entire country.

Overall, the possibility of a Taliban return to power has spread confusion among Afghans and intensified hedging strategies beyond those already occasioned by the withdrawal of foreign forces. Local and foreign economic investment has dried up, and the flight of human and physical capital has accelerated. Afghans in the provinces and districts, many ambivalent in their loyalties, have greater reason to distance themselves from Kabul. While Afghan leaders keep pursuing a political outcome, the country's security forces are being asked to take greater risks against the insurgency.

The allure of a political settlement in Afghanistan for the United States and others is, perhaps, understandable. With an outright military victory against the Taliban unlikely in the foreseeable future and an insurgency that faces great difficulty in overrunning the country, it is tempting to conclude that both sides are ready for a negotiated peace. A power-sharing agreement would presumably avoid further conflict and the high probability of a protracted civil war. Talks hold out the promise that with the Taliban and its allies joining a political process, a stable, inclusive Afghan government could emerge. Necessary compromises might shift the country in a more conservative religious direction, but an agreement, it would be hoped, could preserve the core of the Afghan constitution and protect the social and economic gains of the last 12 years. Certainly the Afghan people are anxious to see an end to 35 years of almost continuous warfare.

For departing coalition forces, a political solution would avoid testing the ability of the Afghan security forces to fend off the insurgency. By fostering an agreement, the United States and its allies could be absolved of the criticism that they will desert the Afghan people. Despite all they have failed to accomplish, these countries could say that the years of military involvement were justified by having laid the groundwork for a durable peace.

Afghanistan's neighbors also see the attractions of a political outcome as they all fear the uncertainties of a civil war that might follow the withdrawal of foreign troops. None would welcome an outright Taliban military victory that might spill extremist ideas and militants across their borders. Even Pakistan recognizes the possible gains from a political accord, albeit one that promotes its interests. Although it firmly backed Taliban efforts to wrest full power in Afghanistan until 2001, that was before Pakistan had to contend with a radical Islamic insurgency of its own.

Yet all of the various back channels employed by the United States to get the Taliban to start negotiating have only revealed that they have no strong incentive to stop fighting. The more tireless the U.S. efforts to get a peace process going, the seemingly more convinced the insurgents are of American desperation, and the more they believe their current strategies are working. While those in the West may doubt that there is a military solution, the insurgents apparently still believe in one.

Supposedly among an increasingly divided Taliban leadership there are those who favor holding peace talks, but even these alleged pragmatists offer little hope for serious negotiations. Privately they have made it clear that their side will not agree to a ceasefire and disarming, or accede to many of the basic principles of the constitution. The Taliban have shown no interest in negotiating directly with the Karzai government, and it is doubtful that they would accept the presence of any foreign military personnel in the country post 2014. The Taliban representatives who opened a political office in Doha proved to be mainly interested in winning the release of the group's prisoners at Guantanamo Bay and in gaining legitimacy for the insurgency.

It is high time that the United States and its partners stop believing that there exists a shortcut to ending the Afghan conflict and a clear path for a graceful exit. The United States should instead concentrate its remaining resources and influence in the country on working with the Afghan government to improve its governance, development, and security forces. There may indeed be a political outcome in Afghanistan, but only when elements of the insurgency, seeing that the state is here to stay, conclude that time is not on their side and their grievances are best addressed within the system. Such a peace is likely to be realized through the gradual reintegration of insurgents in hundreds of small agreements across the country, not around a negotiating table in Doha or anywhere else.