The Problem of Transitional Justice in Post-Suharto Indonesia 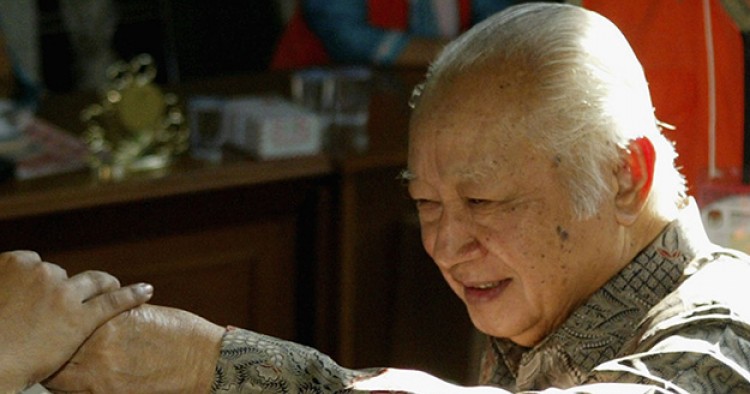 Nearly a decade and a half since the fall of President Suharto and the New Order regime, Indonesia today is often hailed as a model of democratic transition, especially for Muslim majority states.[1] The country has a competitive party system and has held three successful nationwide elections since 1999, with a fourth set scheduled for 2014. The country’s legislature also passed constitutional reforms, including key provisions to protect human rights such as individual rights, religious freedom, and women’s rights. These reforms have been accompanied by robust economic growth. Since 1999, the Indonesian economy has grown at a healthy clip between four to six percent per year.[2] While there are some caveats to this rosy picture, it is fair to say that Indonesia has surpassed the expectations of the early pessimists who saw the possibility of Indonesia’s “balkanization” or collapse.[3]

Despite these gains, transitional justice in Indonesia has largely failed.[4] While exact definitions vary, transitional justice here refers loosely to the righting of past wrongs by holding perpetrators accountable for their actions. In Indonesia, neither Suharto nor any of the high-ranking officials of the New Order era have ever been put on trial or held accountable for human rights abuses during 32 years of authoritarian rule.

This essay explores some of the initiatives undertaken by civil society organizations in pursuit of transitional justice and addresses why they have been met with failure. It argues that despite democratic transition, Indonesia is still characterized by legacies of the past regime, including a strong informal role of the military, high levels of corruption, and continued social divisions.

The New Order regime that spanned three decades from 1966 to 1998 had a notorious human rights record. The regime emerged out of a massive bloodletting known as the PKI massacres and subsequently governed with an iron fist. The regime prioritized political stability and economic development and co-opted, marginalized, or crushed those standing in its way. The following highlights a few of the most notable violations of human rights.

• The PKI massacres: In events still shrouded in mystery, a coup and counter-coup in 1965 sparked mass killings against alleged members of the Indonesian Communist Party (PKI).[5] Local vigilantes and army units killed 500,000 to two million people between 1965 and 1966. As many as a million people were also imprisoned at some point, and those released from prison were marginalized from political, social, and economic life.

• The Tanjung Priok incident: In 1984, military units fired on unarmed demonstrators in Jakarta’s Tanjung Priok district, killing scores of people.[6] Residents had organized the demonstrations to protest the military’s harassment at a local mosque, but they came to represent broader discontent with the marginalization of Islam under the New Order regime. The government and the media suppressed news and information of the killings in the immediate aftermath of the incident.[7]

• 1998 May riots: In May of 1998, riots flared up across Indonesia, most prominently in the cities of Medan, Jakarta, and Surakarta. The violence included looting, razing, and physical attacks against Indonesia’s Chinese minority.[8] Later reports suggested direct and indirect military involvement in the riots.

• Separatist violence: Through much of the New Order, Indonesia’s military conducted counterinsurgency operations in separatist areas, including East Timor, Aceh, and West Papua (previously known as Irian Jaya), which resulted in widespread allegations of human rights violations including abductions, torture, executions, and massacres.[9]

While this overview is by no means comprehensive, it highlights the scale and the variety of human rights violations that occurred during the New Order. The events described above are also among the cases that activists have sought to revisit since 1998.

Justice Initiatives in the Reformasi Era

The end of the Suharto regime and the advent of the reformasi era in Indonesian politics ushered forth calls to reopen past cases of human rights violations and brought a glimmer of hope for victims and their families. Transitional justice mechanisms in the Indonesian experience can be grouped into four major categories: investigations, trials, truth and reconciliation, and apology.

As a first step toward addressing past abuses, post-Suharto governments agreed to reopen several past cases by establishing fact-finding teams and investigative commissions. These included probes into the May 1998 riots, violence in Aceh, the Tanjung Priok incident, and violence in Papua, among several others. These initial investigations often proved to be independent, rigorous, and credible. Several reports found the military and security sector to have played key roles in violence, and recommended further investigation and prosecution.[10]

While early investigations produced some hard-hitting results, subsequent efforts to bring suspected perpetrators to trial proved more difficult. Early attempts to prosecute Suharto (mostly on corruption charges) failed, as doctors declared the former president medically unfit to stand trial.[11] The government did establish a few ad hoc human rights courts, one on East Timor, another on Tanjung Priok, and a third on violence in Makassar, South Sulawesi. Several others were proposed but never established. Cumulatively, the ad hoc human rights courts indicted 34 people and convicted 18 of them, but subsequent appeals overturned every conviction.

Alongside human rights courts and tribunals, many NGOs also pushed for a Truth and Reconciliation Commission (TRC) modeled after the South African experience. The government ultimately did pass legislation to create such a commission in Indonesia, but the legislative process altered the law, adding several clauses that would give amnesty to virtually any and all participants in the commission. NGOs opposed these changes and brought a suit to the Constitutional Court. The Court agreed on the unconstitutionality of the provisions, but then unexpectedly struck down the entire law, forcing advocates to start from scratch.

Frustrated at the lack of progress on human rights from courts and the TRC, civil society groups began calling on President Yudhoyono to issue a national apology for the human rights violations of the past regime. Such an approach had particular appeal among proponents because it could be issued through the executive branch, bypassing the legislative and judicial branches that had thwarted transitional justice initiatives to date. In the summer of 2012, the government appeared to be on the cusp of an official national apology that would have included the killings of 1965-1966, Tanjung Priok, and the May 1998 riots.[12]

Despite promises, the apology never materialized. There have been other initiatives for transitional justice, some at more regional and local levels, but these four national institutional approaches illustrate the limited gains of coming to terms with past human rights abuses in Indonesia.

How can we explain Indonesia’s failure of transitional justice? Part of the answer lies in the nature of the transition itself. An insider-dominated, gradualist transition avoided conflict and collapse, but it also left in place many legacies of the New Order that make revisiting the past a difficult endeavor.[13] Also, as time has passed, the momentum and the political will to address the past have also waned.

One of the major obstacles to achieving transitional justice in Indonesia has been the continued influence of the military. In the first years after Suharto, the military continued to wield direct political power through the legislature, where they retained an allotment of appointed seats. And even though the military has technically withdrawn from a direct role in politics, it has always had an informal and indirect role. For example, during the Tanjung Priok trials, military soldiers tried to intimidate witnesses and judges by filling the courtroom wearing military uniforms and fatigues, openly displaying their weapons, such as firearms and knives, and blocking many victims and victims’ families from entering the courtroom. Despite outcries, the government did little to restrict the soldiers’ presence or increase security by assigning more police to the courthouse.[14]

Other institutions in the executive branch, legislature, and judiciary also have little interest in looking back into the past, both because elements of the New Order still maintain power and because there is little financial or political gain in doing so. Many judges and legislators served in the New Order regime and have retained positions in public office under succeeding regimes. Corruption is also endemic. Recently, the chief justice of the Constitutional Court was arrested on major corruption charges.[15] The parliament and various other government agencies are similarly known for widespread money politics.

A third obstacle has to do with the variety of past injustices and, in particular, the long shadow of 1965-1966. A perennial question when debating proposals to address past abuses is which ones to revisit. Some prominent Muslim organizations have expressed reluctance to address the PKI massacres, given their active involvement in the events of 1965-1966. For obvious reasons, the military is also opposed to revisiting these events. But even among broad swaths of the population, the issue is still highly divisive and represents continued social divisions in the country. Arguably, the inclusion of 1965-1966 into national institutional remedies sinks what might otherwise be viable ways to address the past.

Finally, timing is also relevant. Many of the most significant institutional changes in Indonesia after the fall of Suharto occurred in the early years of reformasi. Decisions on constitutional reform, electoral reform, and spinning off East Timor were what Harold Crouch has called “crisis ridden reforms.” As time has passed, the momentum has waned and degenerated into “politics as usual,” making further reforms more difficult.[16]

The Indonesian case of transitional justice poses something of a conundrum. On the one hand, the country seems to have made a successful transition from a heavy-handed authoritarian state to a democratic regime. On the other hand, little has been accomplished by way of transitional justice, and has led to what one scholar calls “de facto amnesty.”[17] It may be that justice regarding the past has been sacrificed at the altar of stability. The state and current regime in Indonesia has undeniably strong ties to the past and thus actively seeks to prevent that past from being accounted for.

If this is the case, it is a double-edged sword. Even if insider-gradualism has helped stability, Indonesia currently has ongoing human rights concerns, including military violence in Papua and persistent violence against religious minorities. That there has been little accountability for the past may mean that groups will continue to disregard human rights and basic freedoms with the expectation of continued impunity.

The implications for the Middle East and elsewhere are clear. First, the successful implementation of transitional justice is likely to depend on the kind of transition a given state undertakes.  Elite-led or top-down transitions as in Indonesia will be less likely to hold accountable those responsible for past crimes.  Second, the role of Islam is context-dependent. In Indonesia, some Islamic groups have proven to be an obstacle to transitional justice, but due less to any religious principles or convictions than to their particular political roles in key events. Third, the nature and scope of past injustices will be crucial. The multiple and varied abuses in Indonesia ranging from individual detentions to mass killings have created a dilemma about whether to address such offenses separately or together. Some wrongdoings, such as those of 1965-1966, have overshadowed others and have created a broad reluctance to address anything in the past.

[6] The death toll for this incident has never been conclusively established, and scholarship on the incident is scarce. The government figure is 24 dead, and the opposition claims that more than 100 were killed.

[7] For a recent account, see Roosa, Pretext for Mass Murder.