Qanats and Water Cooperation for a Sustainable Future 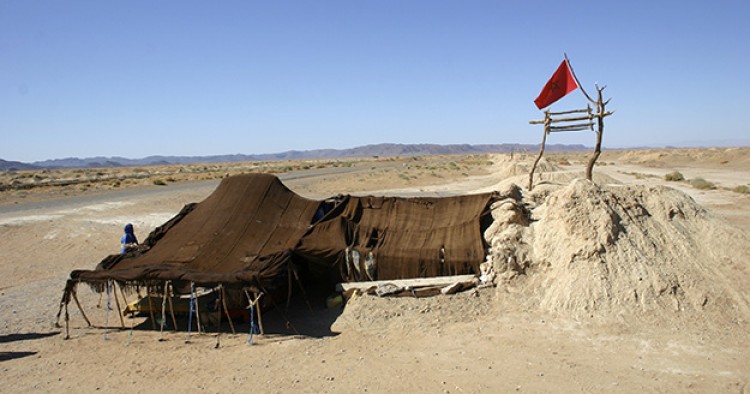 Qanats are underground tunnel systems that bring infiltrated groundwater, surface water, or spring water to the earth’s surface using only gravitational force. Qanats have been used for irrigation and drinking water for centuries worldwide, particularly in the Middle East and North Africa and Central and West Asia. Although qanat technology is ancient, it is not anachronistic. The use of qanat systems could prove crucial in mitigating the effects of the world water crisis in the dry areas where they are found. However, this potential is being squandered as qanats are falling into disuse and are being abandoned at a rapid pace.

Due to changing economies and the modernization of societies, younger generations are not maintaining qanats and are instead leaving irrigated agriculture to enter other professions. Over-exploitation of groundwater also contributes to the degeneration of qanats. As agriculture has become more wide-scale and market demand for water sources has increased, fuel-operated pump wells have risen in popularity—which in turn has resulted in lowered groundwater tables around catchments that feed qanats. This change does not necessarily represent progress, as qanats not only provide water to rural communities in a sustainable way, but play a role in village social life that pump wells cannot replicate.

Qanat rehabilitation aims to increase the water flow in qanats and restore traditional knowledge about qanats to preserve the technology for future generations.

In the early 1990s, geographer Dale Lightfoot studied qanats in various countries and identified two types of reasons for their abandonment: environmental and cultural.[1] Environmental abandonment refers to biophysical causes such as earthquakes, falling water tables after the introduction and expansion of irrigation systems, the silting up of tunnels with calcareous deposits, and floods. The lengthier qanats are especially prone to the irreparable damage that floods and earthquakes can cause.[2] Cultural abandonment occurs when routine maintenance ceases due to the adoption of newer technologies and the subsequent sociopolitical changes in land use patterns often accompanied by land reform, as in the case of Syria in the late 1950s. Off-farm income and urban migration also draw people away from the villages.[3] Similar scenarios are being played out in Pakistan, Iran, Oman, Morocco, and many other countries where qanats are still used.[4] The abandonment of qanats represents the loss of the most sustainable technology to bring water to the desert, as well as the loss of local knowledge about the system.

Although it is clear that qanats should be rehabilitated, it is less evident how to do so. There is no single blueprint for qanat rehabilitation. However, a complex human ecosystem approach is essential for identifying the various specific contextual human and biophysical elements of the qanat as a system[5] and ultimately for addressing the problem of qanat abandonment. The ultimate aim of qanat maintenance is to preserve the symbiotic relationship between the water system and the villages that depend on it.

The next section presents two examples of successful qanat rehabilitation,[6] one of which took place in Syria (2000-2004) and the other in the Kurdish Autonomous Region of northern Iraq (2009-2010).

In 2000, I conducted a pilot renovation of a qanat located southwest of Aleppo in northern Syria. This qanat was the only water source for the village of Shallalah Saghirah. For three months that summer, we worked with a group of 16 men from the village, a team of scientists, and a representative of the Museum of Aleppo to clear over 50 years’ worth of debris from the tunnel and to renovate the airshaft casings.

Unfortunately, not all went well in the process. The work was disrupted by a fight between two cousins from the village who were engaged in a dispute over an unrelated matter. Eventually, the social conflict within the village resolved, work resumed, and the qanat’s water flow increased. Technically, therefore, the rehabilitation of the qanat was a success. However, the collective effort to rehabilitate the qanat did not achieve the ideal aim of uniting the village. On the contrary, unresolved pain and conflict impeded the work. This was, in fact, the main reason why the qanat was drying up and in a poor state when we initially entered the village. Since the Syrian uprising began in 2011, it has not been possible to verify what has happened in Shallalah Saghirah.

The village is a tightly knit community of related families who are governed by a local leader, or mukhtar. Although the economy used to be based on agriculture and sheep husbandry, the main income in the village currently comes from jobs outside of the agricultural sector. The power structure in the village is hierarchical, and all decisions concerning the qanat are made by both the mukhtar and a religious representative of the local mosque. The effects of the qanat rehabilitation project were carefully considered with these leaders as well as with the 50 families that own a water irrigation right.

The rehabilitation work was carried out under the supervision and guidance of the UNESCO Centre on Qanats and Historic Hydraulic Structures (ICQHS) located in Yazd, Iran. A team of experts traveled from Iran to Sheikh Mamudian to conduct a feasibility study, implement the work, and offer technical guidance during the rehabilitation and refurbishment. In 2010, the qanat was inaugurated after labor-intensive work under the guidance of the ICQHS.

Realizing the potential for social and community development through qanat rehabilitation, international organizations such as the International Organization for Migration (IOM) became involved in the UNESCO project in northern Iraq. The main objective of these organizations is to renovate as many qanats as possible, which will hopefully entice more people to continue to live in their villages. After one year of project implementation on qanat rehabilitation in 2010, the IOM completed the restoration of 15 qanats in the Governorate of Sulaymaniyah, thus providing easier access to drinking and irrigation water to 256 families and to 50 hectares of cultivated land in 10 villages. The project trained younger workers in the art of qanat restoration, thereby bringing back to life this very ancient profession.[7]

In an ideal qanat system, the qanat tunnel is regularly maintained and cleaned. The continuation of irrigation systems depends on the social solidarity of user groups in a context of agrarian, social, and ecological change.[8] Recent interventions to rehabilitate qanat systems in Syria and northern Iraq have demonstrated that working together closely with rural communities contributes to community development and conflict resolution. It shows that the act of rehabilitating qanats, under traditional guidance, can prevent water conflict despite drought and climate change.

Qanat maintenance is a preventative measure designed to keep the qanat’s role in rural life relevant and vital. Maintenance of a qanat also depends on how different households and individuals in the qanat community perceive the benefits of collective action at any point in time. Literature on new institutionalism looks at low transaction costs, financial gains, and benefits as prime motivators for collective action. Yet, this is a narrow view. It is also important to take into account the benefits that the cleaning of a qanat can provide for the community as a whole:

Each of these benefits helps the community as a whole. However, it is important to acknowledge that individual households and actors may perceive the benefits differently. Collective action changes power relations within the community. For various non-economic reasons, powerful individual households might resist cleaning the qanat to preserve the status quo, which could ultimately lead to the decay of the system.