The Recurring Rise and Fall of Political Islam 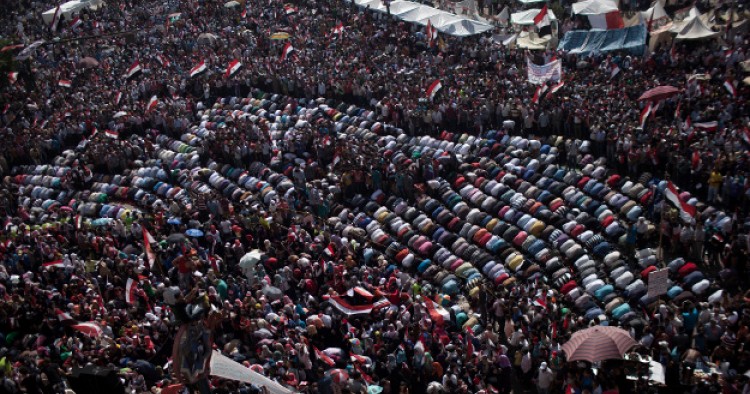 In Chapter 4 of "Rocky Harbors: Taking Stock of the Middle East in 2015," published by the Center for Strategic & International Studies, Paul Salem chronicles and analyzes the shifting fortunes of political Islam in the region.

For political Islamic groups, the past four years have been the best of years and the worst of years. In this period, the Arab world’s oldest and largest political Islamic movement, the Muslim Brotherhood (MB), had its biggest ever victory in its homeland of Egypt, followed a year later by its biggest defeat. In the same period, a jihadi-salafi group, the Islamic State group (ISG), conquered large swaths of these two countries and announced the establishment of the Islamic State and the restoration of the caliphate in the person of its leader, Abu Bakr al-Baghdadi. This hyperradical jihadi proto-state attracted an international fringe of radical fighters. But it caused a revulsion among majorities throughout the Arab world and triggered the establishment of an international and regional military coalition against it. Other non-jihadi salafi groups formed political parties and joined the political process after the Arab uprisings and are trying to navigate the troubled waters between the MB and the jihadi radicals.

Some states have accommodated MB and salafi-affiliated Islamist political parties while others have moved to banish them. New regional and international alliances have sprung up for and against the MB. All states in the region have moved to fight the radical jihadists, while the extremists have succeeded in occupying spaces left open by failing states.

Download this and other chapters from "Rocky Harbors: Taking Stock of the Middle East in 2015," at CSIS.