The Rise of Harm Reduction in Morocco: Successes and Challenges 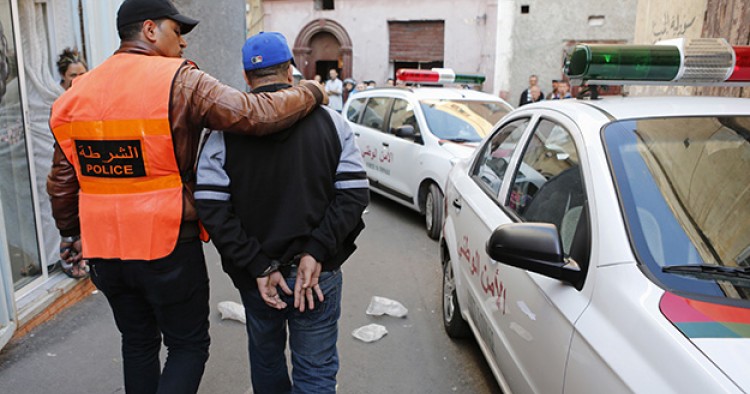 Morocco has become the second MENA country after Iran to implement a nationwide harm reduction strategy aimed at stopping the spread of HIV/AIDS among people who use drugs. Moroccan civil society organizations (CSOs) have worked to devise a comprehensive strategy that will disseminate a full package of harm reduction services. The longstanding HIV/AIDS community-based organization Association de Lutte Contre le Sida (ALCS) is leading these efforts to make the national drug policy less repressive and more effective. Harm reduction is based on the notion that marginalized populations are entitled to their basic human rights, but in some countries, governments have merely used it as another tool for social control. ALCS has sought to prevent this from occurring in Morocco by remaining focused on harm reduction’s core principles.

At the beginning of the 1980s, people with AIDS—particularly drug users—were often marginalized and stigmatized. The epidemic wrong-footed health professionals, especially those working in addiction. The medical emergency thus led to the emergence of a group of responders whose atypical profile in relation to medical sector norms echoed the marginality of the groups affected by HIV. Right from the beginning, the response that came to be known as “harm reduction” was based on a willingness to break legal and social norms—from bans on needle-exchange programs to abstinence-based treatments. Those first players succeeded in producing and promoting scientific evidence that supported the efficacy of their interventions. In so doing, they paved the way for broader political endorsement of harm reduction as a crucial element in national strategies for addressing HIV/AIDS epidemics.

The first needle-exchange program was launched in the Netherlands in 1984. To date nearly 100 countries—including Morocco—have legally adopted harm reduction as a national policy.[1] In 2009, the United Nations published a technical guide detailing the components of the “harm reduction” approach for states seeking to prevent the spread of HIV/AIDS among drug users.[2] In the space of 30 years, harm reduction progressed from being a marginal approach based on an informal social and political diagnosis to a standard approach based on scientific evidence. At the same time, outsiders involved in breaking laws and norms became insiders appointed to promote a technical—even efficient—intervention.

But in some countries, the shift appears to have reached its limits; not all governments that adopted harm reduction policies completed their break with former policies centered on repression. Vietnam and Iran are good examples of this loss of direction. On the one hand, Vietnam has been praised for its willingness to make methadone treatment widely available for drug users; however, the package of services also appears to be a method for controlling populations still considered deviants from the norm and described as a “social scourge” by the authorities. In this context, authorities consider harm reduction a more effective method of social control than the formerly widespread method of establishing drug-user detention camps—which are now only used for those individuals regarded as failing to conform to the new normative model.

Iran, too, has been widely praised for its swift progress in the implementation of harm reduction programs since the beginning of the 2000s, despite the government’s repressive approach to drug users and other marginal groups.[3] Yet repressive laws and the absence of independent civil society organizations have subverted the original humanitarian vision that led to the development of harm reduction policy. Harm reduction drifts off course whenever policymakers take this UN-approved strategy and use it as a technique for social control.[4]

If harm reduction is to continue as a successful policy, it must remain true to its origins and avoid capture by leaders who use the policy to further their own political ends. This will require reform of international drug control policy and, in some countries, national legislation. Harm reduction is more than a technical response for assisting drug users and fighting HIV; it is a movement that seeks to protect the human rights of marginalized populations. In Morocco, it is this broader vision of harm reduction policy to which ALCS has committed itself.

The Rise of Harm Reduction in Morocco

The first Moroccan AIDS case was diagnosed in 1986, and since its establishment in 1988, the HIV/AIDS community-based organization ALCS has been the leading Moroccan CSO. Beyond delivering services aimed at mitigating the epidemic and providing support for affected communities, ALCS has made the protection of human rights the foundation of its HIV/AIDS response. It is worth examining this point in greater detail because it demonstrates how ALCS tried to avoid the “institutionalized” and control-oriented version of harm reduction cited above.

The HIV/AIDS epidemiological pattern in Morocco has mirrored the regional African pattern. The crisis began as a generalized epidemic, with particular concern for so-called “key populations” emerging later, in the 1990s. Step by step, ALCS expanded its activity portfolio to sex workers, men having sex with men, and drug users. Regarding drug users, a first assessment was completed by ALCS in Casablanca, Tangiers, and Tetouan in 1994-1995. During that period, ALCS launched its first outreach interventions targeting female sex workers and men having sex with men, while initiatives targeting drug users lagged behind because drug use had not yet been added to the national agenda.

In 2003, the Ministry of Health carried out a nationwide mental health survey that included questions about addiction. The results, released in 2006, indicated that 4.8 percent of the adult population used narcotic or psychoactive drugs.[5] This evidence led public authorities to study drug use in Morocco in greater detail, and they undertook new assessments, focusing on the northern part of the country. These clearly established at-risk behaviors associated with the spread of blood-borne viruses among people using injectable drugs.[6] As a consequence, the first national harm reduction action plan was implemented between 2008 and 2011 under the supervision of the Ministry of Health.[7] This national plan enabled the introduction of needle and syringe programs in 2008 and opioid substitution therapy in 2010. In 2012, a Ministry of Health evaluation paved the way for a second national plan, which aimed to increase the coverage of harm reduction services. ALCS is currently one of the national implementers, and in the northern city of Tetouan, for example, the group provides1,400 drug users with harm reduction services.

Beyond Harm Reduction: Addressing the Challenge of Drug Policy in Morocco

In line with its vision, ALCS seeks to ensure that all drug policies in Morocco respect the basic human rights of drug users. The group aims to avoid the fate of harm reduction policies in Vietnam and Iran. The point is not to condemn these countries’ efforts to implement efficient HIV/AIDS interventions, but to highlight the need to return harm reduction to its original position as an outsider strategy. After nearly three decades fighting the spread of HIV/AIDS, ALCS has found that harm reduction policies cannot achieve long-term success for stigmatized and/or criminalized populations unless the challenge of the legal environment is addressed—most importantly, imprisonment for personal use of controlled narcotic and psychoactive substances.

Therefore, since 2011, ALCS has been implementing a global advocacy campaign that goes beyond the fields of HIV/AIDS prevention and battling drug addiction. This campaign has established a broad civil society alliance that includes trade unions, human rights watchdogs, journalists, researchers, health professionals, and HIV/AIDS community-based organizations. Together with these groups, ALCS is working to raise public awareness about—and to encourage public debate on—national drug policy. In 2011, the group also launched a study to investigate the scope of human rights violations against people using drugs. The study revealed a large number of human rights violations that needle and syringe programs and opioid substitution therapy cannot address by themselves.

This evidence attracted widespread attention and helped to motivate the above-mentioned civil society stakeholders to gather around one table at the National Council of Human Rights in Rabat. In October 2011 this state institution was the site of the first-ever national workshop dedicated to a new approach for drug use based on public health and human rights. A national statement, known as the “Rabat Declaration,” has been endorsed by organizations represented at the workshop. Key recommendations include that law enforcement officers comply with existing human rights laws in Morocco when stopping, checking, and sentencing drug users; the promotion of therapeutic alternatives to prison sentences; the revision of the 1974 drug offense law; and the guarantee of effective access to health and harm reduction services in prison settings. This statement serves as the cornerstone for a global civil society alliance dedicated to a change in national drug policy. Participating groups include the Moroccan Human Rights Association, Bayt Al Hikma, Amazigh Network for Citizenship, Justice, Moroccan Prison Setting (a watchdog organization), and various harm reduction and care centers.[8] The alliance elicited strong media coverage (by more than 30 news sources), helping to raise public awareness.

This first stage paved the way for a broader advocacy campaign whose ultimate goal is the reform of Morocco’s 1974 drug offense law. ALCS organized a series of meetings with national CSO leaders, high-ranking public officials, opinion leaders (such as the media trade union chairman), and representatives from Moroccan harm reduction agencies. These meetings culminated in a second national conference in October 2014 that focused on issues of drug policy and law enforcement far beyond harm reduction. It must be said that this focus takes place in a context in which a wider political debate on drugs and drug policy is open, especially since some members of Morocco’s parliament have drafted a bill to legalize the medical use of cannabis. As a result, Morocco’s political and security actors were updated at the workshop on the urgent need to change drug policy control toward a more effective approach. ALCS also released an updated national advocacy plan detailing regional initiatives, especially in the northern provinces, where drug use, production, and trafficking are higher than in other parts of the country. The ALCS advocacy campaign has been supported by the Open Society Foundation.

The advocacy campaign helped to spark a national conversation about drug policy. Through a combination of civil society commitment (the Rabat Declaration), public health outcomes (a national harm reduction plan), and repeated media coverage of public health issues, political parties have been drawn into the dialogue. The next challenge for ALCS and its allies will be to draft a policy paper targeting political parties and members of parliament on behalf of the Rabat Declaration principles. In preparation for the 2016 UN General Assembly Special Session (UNGASS) on international drug policy control, ALCS has already invited Morocco to join the growing global reform and has drafted a position paper for the Moroccan delegation to the 2014 Commission on Narcotic Drugs.

The national advocacy campaign organized by ALCS has helped to begin a national dialogue that transcends the idea of harm reduction as a technical intervention in the field of HIV/AIDS.[9] The main lesson learned is that it is not only possible but necessary to situate harm reduction policy within a global political movement dedicated to drug policy reform— even in the MENA region. In so doing, ALCS and its broad alliance have recovered the genuine political spirit of harm reduction.

[2] WHO, UNODC, and UNAIDS, “Technical Guide for Countries to Set Targets for Universal Access to HIV Prevention, Treatment and Care for Injecting Drug Users,” revised edition, 2012.

[4] Maguet, Luhman, and Debaulieu, eds., “The History and Principles of Harm Reduction: Between Public Health and Social Change,” 2011, http://issuu.com/medecinsdumonde/docs/mdm_rdr_en_bd.

[9] See Hakima Himmich, “Review of the Current State of Drug Policy in Morocco and Advocacy for a Public Health and Human Rights Approach,” ACLS Narrative Report (January 3, 2011 to February 28, 2012), http://alcs.ma/IMG/pdf/review_of_the_current_state_of_drug_policy_in_morocco.pdf.