The Role of NGOs in Tackling Environmental Issues 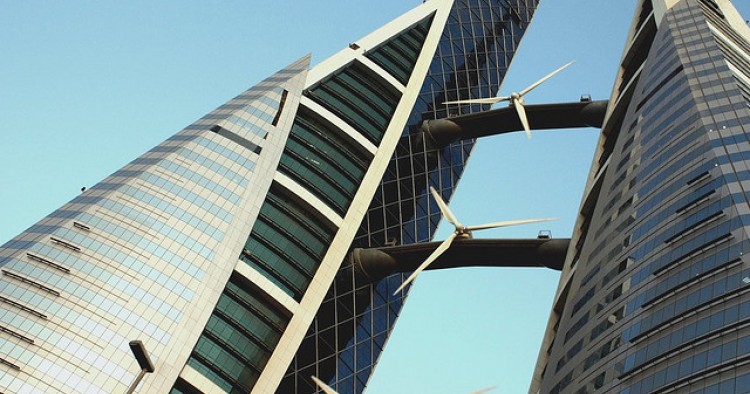 This article outlines the important role that can be played by non-governmental organizations (NGOs) in helping to tackle environmental issues in the Middle East. Using the work of the Emirates Wildlife Society in association with the World Wild Fund for Nature (EWS-WWF) as an example, the article explores the challenges facing NGOs in the United Arab Emirates (UAE) and recommends ways in which these obstacles can be overcome.

Many countries in the region are facing the profound environmental, social, and economic impacts of rapid population growth, development, and natural resource constraints. Having a strong NGO community with a clear mandate to engage civil society, businesses, and the public sector can help countries to tackle these issues more successfully. However, NGOs face many barriers in pursuing their missions, such as a lack of understanding about their role in civil society and public perception that the government alone is responsible for the well-being of its citizens and residents.

Environmental NGOs can play a crucial role in helping to plug gaps by conducting research to facilitate policy development, building institutional capacity, and facilitating independent dialogue with civil society to help people live more sustainable lifestyles. While some of the barriers are beginning to be lifted, there are still many areas which require further reform and support in order to assist NGOs, such as EWS-WWF, to conduct their work. These areas include: the need for a legal framework to recognize NGOs and enable them to access more diverse funding sources; high-level support/endorsement from local figureheads; and engaging NGOs in policy development and implementation.

The Living Planet Report 2010 (LPR) outlined that the UAE, Qatar, and Kuwait were three of the top ten ranked countries in the world in terms of their Ecological Footprint per capita.[1] This means that if every person in the world lived and consumed natural resources such as food, fiber, energy, and timber at the same rate as an average resident from the United Arab Emirates or Qatar,[2] then you would need six planet earths to sustain that level of consumption, which is four times the world average. This is clearly unsustainable.

There are many reasons for this:

The Gulf states are experiencing rapid growth and development, which is resource intensive, especially as desert conditions lead to higher than average consumption of energy to cool buildings and desalinate water.

Due to a lack of resources (apart from hydrocarbons), Gulf states also need to access resources from outside their own borders.

Low levels of public awareness on how to maintain more sustainable lifestyles.

Having such high natural resource consumption patterns has profound environmental, social, and economic impacts. Countries in the Middle East could face temperature rises of over 3oC by the end of the century, a changing climate, and associated repercussions on water resources, food, coastal cities, infrastructure, human health, and wildlife.[3] The UAE’s commercial fish stocks declined by 80% from 1978–2002 due to overfishing.[4] Many countries in the region are also facing a situation where demand for power and water is beginning to exceed supply. Left unchecked, climate change, collapsing fisheries, and power shortages will not only affect economic growth and development, but also threaten social stability, business viability, and the well-being of society.

There is a Need for NGO Actors

While governments and businesses are beginning to take action on some of these issues, there are many gaps. The government’s role in these countries is changing from “Do it all, nearly everything” organizations, to more streamlined and regulation-focused institutions. Hence, they need partners to help implement policies and participate in the development of the country. In the UAE, there has been increased recognition by the government of the need for additional actors/partners. Indeed, it was actually at the request of the government that the WWF was asked to open an office in the UAE in 2001.

There is now also an increasing interest within civil society in environmental issues. This interest is leading to a need for more independent research, communication, and grassroots outreach. NGOs can play a very significant role in leading and promoting such initiatives. Moreover, the ability of NGOs to provide an independent view is crucial to building trust in the issues/causes and help enact behavioral/cultural change in communities.

Given this context, EWS-WWF has been active in the UAE in three key areas:

EWS-WWF’s policy unit has been conducting independent scientific analysis to inform policy making. Through the UAE’s Ecological Footprint Initiative, we have been partnering with academic institutions, such as the Masdar Institute, to develop science-based tools to assist policy making.[5] At the same time, we have been working with the government to ensure the research answers policy-relevant questions. This feedback is crucial to ensure that work is robust, relevant, and useful for policy makers.

The Initiative is now on the government’s agenda at both federal and emirate levels and is beginning to facilitate policy changes. We have developed a unique power and water scenario model that assesses the impact of different policies on the UAE’s carbon dioxide (CO2) emissions and per capita footprint up to 2030. Results show that by implementing a portfolio of policies targeting supply and demand of power and water resources, the Emirate of Abu Dhabi could reduce its CO2 emissions and per capita footprint by up to 40% and 1 global hectare, respectively, by 2030.

EWS-WWF includes capacity-building activities in all its programs and projects as that is vital for the long-term sustainability of the project. In 2009, we finished a three-year project to map and assess coral reefs in Abu Dhabi and eastern Qatar and developed a management plan for their conservation. By partnering with the government environmental agencies in both countries, we trained a total of 20 UAE and Qatari nationals on coral reef conservation. Now that the project is finished, we left behind two very competent units at the respective agencies to continue with the work.

Facilitating independent and open dialogue with civil society on the environmental implications of growth and development is crucial. In 2009, EWS-WWF in partnership with the Environment Agency — Abu Dhabi, launched an award winning awareness campaign “Heroes of the UAE.”[6] This campaign aims to raise awareness about the UAE’s footprint and inspire society to tackle it by conserving energy and water. This has been complemented by the development of a short animation as well as awareness events and workshops for government departments, businesses, schools, and the general public. In 2010, we also launched a campaign on sustainable fisheries, called “Choose Wisely,”[7] encouraging consumers to choose species of fish that are not overfished in order to protect fish stocks.

Both campaigns have reached many thousands of people via targeted communications, advertisements, and community outreach events and activities. Furthermore, businesses are also participating, from companies pledging to reduce their carbon footprint to supermarkets pledging to label sustainable species of fish.

Challenges Faced by an NGO — What More is Needed

There is incredible potential for the region to develop in a more environmentally sustainable way. While the above examples demonstrate that NGOs can play a major role in helping to address some of the region’s environmental issues, there remain a number of challenges.

The first is that the role of the NGO is not well understood and recognized. NGOs, whose mandate is to contribute to causes such as environment, art, and education are misunderstood because they are seen as lobbyists against governments or even competitors.

The second challenge is a somewhat popular view in the region that NGOs are not needed because the government is seen as solely responsible for the welfare of its citizens and residents. This is exacerbated by a lack of faith in the ability of non-governmental actors to drive change in our countries — if governments with all their strengths and funding aren’t doing their job then how can an NGO do it? This perception is exemplified by the fact that there is no legal framework for NGOs to establish themselves in the region, which significantly hinders their work.

The following actions would help to lift these barriers and enable NGOs to fulfil their potential:

Ease regulatory and legal burdens by enshrining the definition of NGOs in national law. Legally recognizing and establishing NGOs would help them to operate more smoothly. A legal mechanism would also help to overcome bureaucratic and administrative hurdles when dealing with different government departments such as when renting office spaces and obtaining necessary permits and papers to connect to utility and telecommunications services. In the UAE, legally allowing NGOs to raise funds from individuals would help to diversify income sources and provide more financial security.

Funding — without money, we cannot survive. Supporting NGOs is crucial to ensure they can maintain relevance and continue to function. This can include philanthropic donation, pro bono skills provision, or more strategic funding for programmatic areas and activities.

High-level support and endorsement from local figureheads. Without senior level commitment from prominent local figureheads in government and/or business, NGOs cannot be as successful in influencing policy, raising awareness, and raising funds. Having good links with trusted people and institutions are crucial foundations upon which NGOs can thrive.

Actively engaging NGOs in policy development. Sometimes NGOs can shed light on complex problems more quickly than government agencies, due to them being less internally bureaucratic. Moreover, having an independent body investigate a complex problem with key groups (e.g., government, academia, business) can help facilitate data and knowledge exchange and greater collaboration. NGOs can not only provide science-based policy insights for decision-makers, but also assist with implementation.

Further information about EWS-WWF can be found online at: www.ewswwf.ae.

[4]. Based on a study conducted by the Environment Agency-Abu Dhabi. Further information available at www.ead.ae.