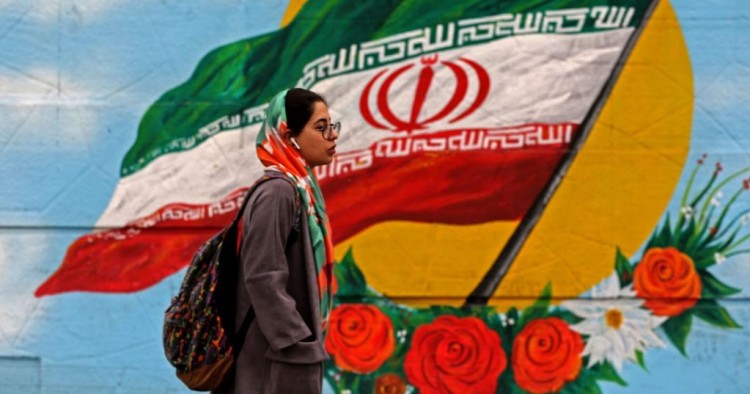 For more than a century, Iranian women have worked for change and fought for their freedom. Under the system in place in the Islamic Republic, however, they continue to face systematic, widespread legal discrimination. The law does not treat them as equal citizens in matters of crime and punishment, individual freedom such as travel and work, and personal status, like marriage, divorce, and inheritance. Despite the hurdles they currently face, with organization, unity, and common purpose, Iranian women are capable of changing history and building a new future for their country.

More than a century of history

Iran has a long history of women’s activism. The women’s social movement began in early 1905 during the constitutional revolution, when a broad-based popular movement demanded checks on the absolute power of the Qajar monarchy. In 1910, the first women's journal was published. During the Pahlavi monarchy from 1920 to 1979, women made major progress in education, employment, and political participation. In 1935 the first group of women enrolled at Tehran University; in 1963 women obtained the right to vote; and in 1968 Iran appointed its first female minister of education.

Since the revolution in 1979, Iranian women have experienced the Islamization of their country through laws regulating their attire (such as that requiring the hejab), enforcing certain Islamic traditions (such as the legal age of marriage), and expanding men’s authority over women, a move justified by reference to “family values.” During these same years of Islamization, however, the level of education, literacy rates, and the percentage of women attending university all increased dramatically. In Iran, 97 percent of women are literate, and more than 60 percent of university students are now female. Never before have so many women been educated as journalists, doctors, lawyers, engineers, and artists. However, this is not reflected in equal representation in the workforce. In fact, only 15.2 percent of Iranian women are employed, compared to 64 percent of men, and their representation in political life is even less: There are currently only 17 female members — a total of just 6 percent of MPs — in the Iranian Parliament (Majlis), elected in 2016. In the 1980 election only 4 women — 1 percent — were elected to the Islamic Republic’s first Majlis.

No other demographic in Iran is so united, organized, and committed to making changes in the pursuit of freedom and democracy as women are. This determination is often borne out of experience as discriminatory laws have forced thousands of women to become change makers and leaders. Indeed, all women in Iran, irrespective of their education, social status, ethnicity, age, religious, or political beliefs, face discrimination under the law, which does not treat them as citizens with equal rights. As a result, regardless of their political beliefs, women across Iran feel a sense of solidarity, empathy, and compassion toward other women and girls who face legal hurdles regarding marriage, divorce, custody, inheritance, and criminal cases.

Iranian law treats citizens differently depending on their gender: If a car hits a pedestrian, the punishment for the driver and compensation to the victim are halved if the latter is a woman. A married woman may not obtain a passport or travel outside the country without the written permission of her husband. This law has come under massive criticism in the last several years, especially since the Islamic Republic got its first female vice president in 2017, Masoumeh Ebtekar — according to the law, even she needs to obtain written permission to get a passport or travel.

There have been other high-prolife cases regarding limitations on women’s ability to obtain passports and travel aboard in recent years as well. One such controversial case involved Niloufar Ardalan, an Iranian female football star known as “Lady Goal,” who was unable to play in an international tournament in 2015 because her husband refused to give her permission to travel abroad. Under the civil code, a husband enjoys the right to choose the family’s place of residence and can prevent his wife from practicing certain professions if he deems them against “family values.”

But Iranian society has changed and the majority of men and women, who are young and highly educated, reject these discriminatory laws. From 2005 to 2009 Iranian women from a variety of different religious and political backgrounds started a movement, known as the “One Million Signatures Campaign.” Active in most major cities in the country, it mobilized several thousand women to collect signatures against legal discrimination in Iran. As photos and videos on social media make clear, young men were active in the movement too and participated in collecting signatures. The government identified the group as a threat against the regime and hundreds of activists were arrested, convicted, and sent to prison for several years. While the campaign did not reach its goal of one million signatures, the activists succeeded in creating awareness about legal discrimination by organizing hundreds of seminars and protests in front of government buildings, courts, and public spaces.

Women in Iran were active in the Green Movement that arose in the aftermath of the 2009 presidential elections, and they have continued to fight for gender equality in the years since through different actions. One such effort is the “My Stealthy Freedom” campaign, led by Masih Alinejad since 2014, in which Iranian women post photos of themselves without headscarves. More recently, women were present on the street during protests in 2018 and 2019 as well.

Women could play a significant role in building something new, but only if they can become more organized and united around their common interests. To effect lasting, transformational change, Iranian women will need to come together to organize politically. Leveraging deeply ingrained cultural attitudes toward maternity, the women of Iran could form their own political party, “the Mothers of Iran,” to push for change, freedom, and democracy. In Iran, the image of a mother is one of a wise, kind, generous person who sacrifices herself for the well-being of others. These are also the qualities of great leaders. If properly organized, such a political party could elect its members to Parliament and become powerful enough that the regime could not ignore its demands. Drawing support from women regardless of ethnicity, religious belief, education, and social status, such a party could leverage the special status of mothers in Iranian society to bring about political change.

Establishing a women’s or feminist political party is not a new idea. There are examples from a number of other countries that could serve as a guide, such as the Women's Equality Party, a British political party set up in 2015, or the Feminist Party, a Finnish political party registered in 2016 that has elected a member to the City Council of Helsinki.

In the same vein, it is time for the women of Iran to take on a greater role in the country’s political life to drive change and use their leadership skills to benefit all of Iran’s people.

Fariba Parsa is the founder and president of Women’s E-Learning in leadership, WELL and an affiliated faculty at George Mason University, Center for Women and Gender Studies. The views expressed in this article are her own.