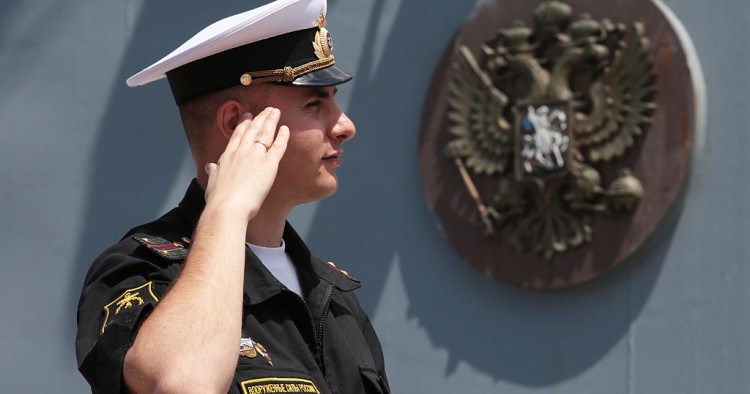 The Black Sea sits at an important economic and civilizational crossroads on the Eurasian landmass. The region contains oil and gas resources, key energy pipelines, shipping lanes, and fiber-optic cables.

For Russia, the Black Sea is of particular importance for economic and geostrategic reasons. Throughout history, Russia’s Black Sea ports, as the country’s only warm water ports, have always served its economic interests. For example, on the eve of World War I, 50 percent of all Russian exports, and 90 percent of its agriculture exports, passed through the Bosphorus out of the Black Sea. Today, every 15 minutes an oil tanker makes the same trip carrying Russian or Kazakh oil (the latter, of course, transits through Russia so Moscow receives transit fees).

The Black Sea, and specifically Russia’s illegal occupation of Crimea, serves as a springboard to project military power in places like Georgia, Ukraine and even as far away as Syria. The control of the Black Sea also means total control over the Sea of Azov (a small body of water surrounded by Russia and Ukraine connected to the Black Sea by the Kerch Strait).

This important point is often overlooked.

The importance that Russia places on its Eurasian identity can also help explain, at least in part, its determination to occupy Crimea, dominate the Black Sea, and fully control the Sea of Azov. This is because one of the two canals connecting the Caspian Sea to the outside world is the Volga–Don Canal, which links the Caspian Sea with the Sea of Azov. Russia has been using the Volga–Don Canal more often to move warships between the Caspian Sea and the Sea of Azov. The ability to move warships from the Caspian region, which includes Central Asia, to the Black Sea (and vice-versa) allows Russia to project power in an important area of the world while giving Russian policymakers flexibility and options when a crisis arises in the region.

For its part, the North Atlantic Treaty Organization (NATO) has tried to do more in the Black Sea to deter Russian aggression in recent years but with mixed success. Due to disagreements among NATO’s Black Sea members there has been no agreed Black Sea strategy by the Alliance.

Soon after Russia’s invasion of Ukraine, the United States and several other NATO members stepped up their presence in the Black Sea. But that presence waned, and notwithstanding Secretary-General Jens Stoltenberg’s 2017 pledge to send more alliance ships to the region, it remains insufficient.

Due to years of under investment and defense cuts across Europe, many NATO members lack the number of suitable naval ships to increase patrols in the Black Sea. Also, restrictions placed on the size, type and length of time allowed in the Black Sea for non-littoral states under the terms of the 1936 Montreux Convention limit NATO’s presence.

In recent years, under the leadership of President Vladimir Putin, Russia has become more aggressive with its use of military forces and violations of human rights. The Black Sea is no exception.

There are four primary areas of concern regarding Russia’s activities in the Black Sea region.

First is Russia’s partial occupation of Black Sea countries Ukraine and Georgia. When Kremlin-backed Ukrainian President Viktor Yanukovych failed to sign an association agreement with the European Union in 2013, months of street demonstrations followed, leading to his ousting in early 2014. Russia responded by violating Ukraine’s territorial integrity, sending troops to occupy the Crimean Peninsula under the pretext of “protecting Russian people.” This led to Russia’s eventual annexation of Crimea.

It is worth pointing out that Crimea is not the only Russian occupation along the shores of the Black Sea. Since Russia’s invasion of Georgia in 2008, Moscow has maintained a large military presence in the Georgian region of Abkhazia — estimated to be around 4,000 troops — which has hundreds of miles of coastline on the Black Sea.

These occupied regions of Crimea and Abkhazia together equal about the geographical size of Maryland.

Second is Russia’s militarization of occupied regions and the Black Sea. Russia has deployed 28,000 troops to Crimea and has embarked on a major program to build housing, restore airfields, and install new radars there. Deployment of the Monolit-B radar system, for instance, which has a passive range of 450 km, “provides the Russian military with an excellent real-time picture of the positions of foreign surface vessels operating in the Black Sea.” Russia has also deployed its advanced S400 air defense systems there in an effort to dominate the airspace above the Black Sea.

Russia’s focus is not just the air. Moscow also deploys the Bastion P coastal defenses armed with the P-800 Oniks anti-ship cruise missile, which “has a range of up to 300 kilometers and travels at nearly mach 2.5, making it extraordinarily difficult to defeat with kinetic means.” This makes Ukraine’s nascent navy and almost all of its coastline a continuous target. In addition, Russia bases hundreds of tanks, armored vehicles and pieces of artillery on the peninsula.

Those Tatars who remain in Crimea are subject to repression and discrimination on account of their perceived opposition to Russia. Since 2014, Russian occupation forces have subjected Crimean Tatars to abductions, forced psychiatric hospitalizations, and imprisonment, according to human rights and international organizations. Mosques are monitored and cultural and language teaching has been greatly restricted.

It is not only the Tatars who have suffered from Russian human rights violations while under occupation. In Georgia’s Abkhazia region, under Russian occupation since 2008, nearly a quarter of a million people, mainly ethnic Georgians, have fled becoming Internally Displaced People in other regions of the country. The few ethnic Georgians that have remained behind in occupied Abkhazia face systematic discrimination by so-called “Abkhaz authorities” due to their ethnicity.

For example, Russia has used its Black Sea presence on occupied Crimea to launch and support naval operations in support of Syrian President Bashar al-Assad. In the early days of Moscow’s intervention in Syria, the Moskva, a Russian navy guided missile cruiser, played a vital role in providing air defense for Russian forces. Hundreds of thousands of tons of grain and wheat have been shipped from Crimea to Syria to help the Assad Regime’s food shortage problems. Hundreds of trips have been made between Crimea’s port city of Sevastopol and the Russian naval base in Tartus, Syria to transport military hardware and resupplies.

While competition interest in Black Sea security is increasing, the overall presence of NATO is not keeping up the pace. This is at a time when Russia is moving at full-steam ahead with its Black Sea ambitions.

Something needs to change. The economic, security, and political importance of the Black Sea and the broader region is only becoming more important. With Russia increasing its military capability in the region, now is not the time for NATO to grow complacent.

Until NATO ups its game in the Black Sea, Russia will continue to have the upper hand. The consequences of this will be felt as far away as Syria and Central Asia.