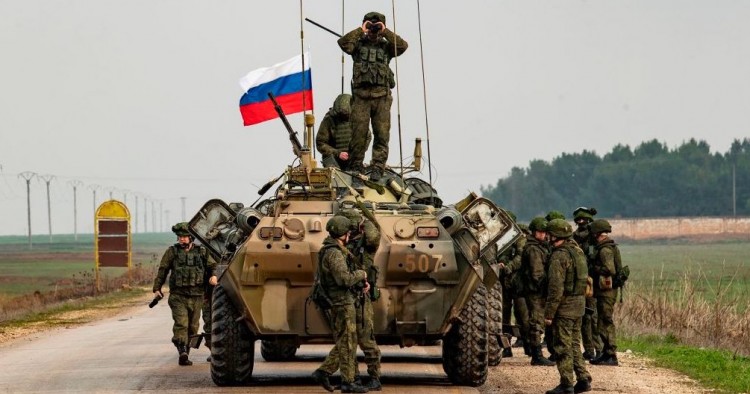 The collapse of the OPEC+ deal and the diplomatic impasse in Syria reveal the intrinsic fragility of Russia’s gains in the Middle East. Building relations with the region’s autocratic leaders and maintaining a status quo based on a personalistic approach might be effective for some time, but in the long run the Kremlin’s strategy fails to institutionalize relations and thus will be unable to protect them from disruption. Moreover, the absence of a clear exit strategy and Moscow’s underestimation of the region’s volatility could make it a hostage of its previous achievements.

It has been nearly five years since Russia’s unexpected military intervention in the Syrian civil war and the endgame still remains unclear. The objectives might continue to puzzle analysts for years to come, but the manner in which the Kremlin surgically inserted itself into the region’s security equation could be helpful in predicting the likelihood of long-term sustainability. The region’s power vacuum and the Western powers’ foreign policy stalemate may only reveal the context, but the answer can be found in Russia’s own political system.

In line with Russia’s personalist authoritarian regime, its foreign policy under President Vladimir Putin has been focused on building bridges with other autocrats and strongman leaders. The Middle East, with its abundance of small-coalition governments, turned out to be an easy target. Struggling with intra-regional rivalries and multiple domestic problems, Sunni-Shi’a competition, and Saudi Arabia-Iran proxy wars, the region’s leaders welcomed the involvement of a powerful player like Russia in the messy local situation.

Russia’s return to the Middle East

Memories of the balance that existed in the days of the Soviet Union and the threat of chaos posed by the rise of radical non-state actors such as ISIS paved the way for Russia’s return to the Middle East and the acceptance of its growing regional role. Russia was perceived as a maverick power whose populist conservative ideology and anti-revolutionary stance held considerable appeal amid the reactionary politics of the post-Arab Spring Middle East. Known for its pragmatism and anti-Western stance, Russia was deemed both effective and powerful enough to act as a counterweight to the U.S., the foreign policy of which over the last two decades has prompted comparisons to a bull in a china shop.

The speed with which the Kremlin integrated itself into the Middle East security dynamic and its ability to secure access to the corridors of power are indeed impressive, but they may also be signs of fragility. The collapse of the OPEC+ deal in early March and the resulting finger-pointing by both Moscow and Riyadh — with Putin blaming the Saudis for the oil price crash and the Saudi foreign minister rebutting the remarks as “fully devoid of the truth” — were in stark contrast to the lavish reception the Russian leader received in Riyadh, complete with 16 Arabian horses accompanying his motorcade, just last year. Although Russia and Saudi Arabia eventually resumed cooperation, it became clear that bilateral relations are largely based on positive personal interactions at the leadership level alongside mutual interests dictated by the broader context of declining oil revenues and geopolitical dynamics.

The same calculus may apply to Russia’s major regional ally, Syria. While the multiple critical stories about the regime in Damascus that appeared across Russian media in April — and specifically one by former Russian ambassador to Syria Aleksandr Aksenenok — may not reflect Moscow’s growing displeasure with Bashar al-Assad and Tehran, a diatribe by Khaled al-Aboud, a member of Syria’s Parliament from the southern governorate of Daraa, underscored that Russia’s presence in Syria is not immune to internal power rivalries. While the arrest of Rami Makhlouf, a Syrian tycoon and cousin of Bashar al-Assad, may have prompted speculation about a regime crackdown on economic mismanagement due to pressure from the Kremlin, it more likely reflects Assad’s decision to nip Makhlouf’s growing political ambitions in the bud and project his unchallenged power to the elites. Drawing on the historical lesson of President Anwar Sadat’s expulsion of the Soviets from Egypt, Moscow’s presence in Syria may not be permanent, but rather only accepted as long as it serves political interests and there are no other, better alternatives available.

Personal ties, not institutional ones

The Kremlin has managed to successfully project its hard power and build bridges on the personal level with the region’s leaders, but such relations are neither institutionalized nor supported by significant trade and investment flows. The Kremlin’s gamble might have helped to secure some lucrative deals with the wealthy Gulf monarchies and boost its overall volume of trade, but these are merely bonuses and not the driver of its policy. The Arab world’s share in Russia’s trade balance is still quite marginal — the Middle East as a whole, including Israel, Turkey, and Iran, only accounts for around 7 percent of its total foreign trade. Similarly, Moscow is not considered a major trading partner by most Middle Eastern capitals.

Russia’s own political system, which relies on personal relations and lacks strong and independent institutions, acts as a double-edged sword. The unrestrained political power of Putin and his ability to make important decisions quickly and without domestic opposition facilitated rapprochement and flattened institutional differences in diplomatic exchanges with countries in the Middle East. The flipside of this, however, is that similar to the region’s rivalries and persistent disputes, Russia’s bilateral relations are not shielded from a 180-degree change and could sour just as quickly. In effect, the Kremlin has chosen to enter uncharted waters where it has enough agency to build good relations and establish alliances, but lacks the resources, power, and institutional framework to shield these ties from disruptions.

Russia’s reliance on relations with autocratic leaders and its potential misunderstanding of the rapidly changing nature of the Middle East could be its Achilles’ heel. Although institutional similarities to the region’s authoritarian governments give the Kremlin a competitive advantage, it is still an external power that during the past four decades has waged two destructive — and very unpopular — wars in Afghanistan and Chechnya. Moscow likewise struggles with insurgency across its southern border, and only recently stabilized the situation in the North Caucasus. Therefore, the volatile dynamics in the Middle East could ultimately make Russia a hostage of its own tactics, which lack defined strategic objectives and a proper exit strategy. The Kremlin may end up not only suffering a powerful blow to its ambitions, but it could also find itself surrounded by sectarianism and radicalism that could spill over and trigger insurgency within its own borders.

In the coming decades autocratic regimes across the Middle East will likely come under greater strain than ever before. The past year’s youth-driven protests in Iraq might be among the first signs of the tectonic changes sweeping the region. The government in Baghdad is struggling financially even as it faces growing demographic challenges: more than 60 percent of Iraqis are under the age of 25, half of whom are unemployed, and the population is forecast to increase by 45 million by 2050. The UN projects that the population of the Middle East and North Africa will increase to around 600 million by 2050, while per capita water resources are set to fall by 50 percent. Amid resource scarcity, climate change, and high unemployment levels, especially among the region’s youth, regimes across the Middle East will need to create more than 300 million jobs during the next 30 years to avoid social unrest, protests, and insurgency. But there are few signs indicating commitments to structural, long-term, or serious reforms among most of the region’s leaders, suggesting that in the coming decades the Middle East may be even more volatile and less predictable than it is today.

The Kremlin approaches the Middle East like it does Russia

Russia’s support of strongman leadership across the Middle East, as well as its domestic crackdown on dissent and backtrack to authoritarianism, underscore that the Kremlin neither believes in, nor is eager to support any form of democratic agenda. Multiple statements by top Russian officials in regard to Syria and in support of the domestic personalist authoritarian regime suggest that there is a firm belief in the “great man theory” of history. In many ways, Russia’s leadership treats Arab countries like it does its own population, as being intrinsically unsuited for democracy. Clearly, such a perspective imposes constraints on Russia’s behavior in the Middle East, and Moscow is likely to miss major trends across the region in the same way that it still does not fully understand the socio-economic factors that triggered the Arab Spring nearly a decade ago. In effect, Russia might not only quickly lose touch with the realities on the ground, but its support for authoritarian incumbents amid volatility might also backfire.

According to a Zogby research poll of eight Arab states, improving ties with Russia over the next decade is among the least important priorities for the public. On the one hand, this might reflect the Kremlin’s carefully nurtured image of strategic neutrality, but on the other, it also indicates that Russia is not viewed as a role model, unlike Western nations, and may be seen as a declining or even fellow autocratic power that has little to offer. As a result, the Kremlin’s reliance on the impartial intermediary strategy might not work in the medium term, as more Arabs may start to perceive Russia as an external bulwark of intra-regional authoritarianism and hold it responsible for supporting despotic and corrupt leaders. Such an analogy could be particularly troublesome if more disenfranchised people across the Middle East appeal to the Islamic concepts of social justice promoted by the Islamist parties that are perceived as threats and repressed by autocratic incumbents.

Reliance on the impartial intermediary approach and realpolitik might be effective to an extent as a way of building bridges with autocratic incumbents, but evidence suggests that Russia’s leadership fails to fully grasp the potential for growing popular unrest in the Middle East. Prone to disruptions, the Kremlin’s approach could still deliver geopolitical gains in the years to come, as signs suggest has been the case with Russia’s growing military presence in Libya. But the region’s changing dynamics might not only offset these gains, but also turn Russia’s involvement into a costly endeavor, wounding it both at home and abroad.

Dmitriy Frolovskiy is a political analyst and consultant on policy and strategy in the Middle East and Central Asia. The views expressed in this article are his own.