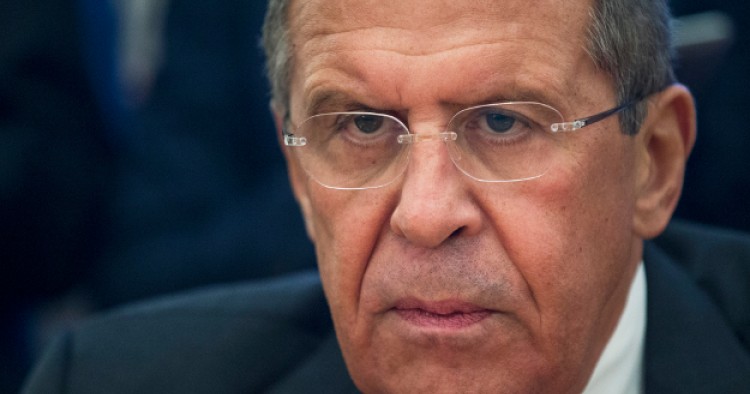 On the eve of the third round of Syrian peace talks, it is becoming clear that the political track is far removed from the military trajectories on the ground. While diplomats scurry to draw up agendas for Geneva III, and opposition delegates argue over representation, the war in Syria continues on its own course seemingly oblivious to the murmurs around it. Russia presents itself as a major proponent for talks and a consistent advocate for a “political solution”, while simultaneously advancing its own agenda militarily that contradicts the spirit of negotiations and compromise.

This should come as no surprise, as the Russians, and certainly President Bashar al-Assad’s regime, have not, since the start of the uprising and conflict, sought genuine compromise. Moscow and Damascus seek a political settlement that validates the regime’s dominant position brought about by military means. Thus, the only coupling of the political and military tracks, from the Russian and Syrian regime perspective, would be a political process that validates military gains. The war on the ground takes priority in Russian and regime calculations, despite repeated proclamations to the contrary.

This approach has not wavered for Assad and his Russian and Iranian allies since the early stages of the conflict, particularly by the autumn of  2011. The ultimate objective for the regime is a military victory that guarantees its survival and primacy in the country. As part of this objective, the only political solution the regime will entertain is one that re-acknowledges its status as the sovereign ruler of Syria. The aim has never changed, only the methods—from the Iranian-endorsed Hezbollah intervention in 2012 to Russia’s own direct intervention in 2015. The previous two Geneva processes were designed to be confluent with the military goals of the pro-Assad camp, and Geneva III will follow suit. There is no peace short of victory for the Assad regime and its Russian and Iranian backers.

Recent actions in the lead-up to Geneva III have further reinforced this perspective. At least 20 rebel leaders have been assassinated since Russia launched its intervention, most notably Zahran Alloush on December 25. His death came one week after an international contact group, led by Russia and the United States, met in New York to prepare for the upcoming Geneva talks. Although Alloush, the leader of a major Islamist rebel group, Jaish al-Islam, espoused radical Islamist views, he remained a key figure who had the potential to effect change within rebel ranks had a peace deal been concluded with the Syrian government. Alloush was a powerful leader with support from Saudi Arabia and Turkey, and, unlike other major Islamist rebel groups, had previously demonstrated a willingness to negotiate with the regime. In late 2014, Alloush signaled his interest in a possible localized cease-fire with the regime in the eastern Damascene suburb of Douma—a Jaish al-Islam stronghold.

The cease-fire was never realized, but it revealed that Alloush was, despite his hardline Islamism, a rebel leader amenable to compromise. It is highly probable that Alloush would have been incorporated in any unity government and presented as the leader of Syria’s legitimized Islamist camp—if such a process came to fruition out of the current diplomatic effort. Alloush’s inclusion may have also prompted the key—and genuine—endorsement of Saudi Arabia and Turkey of the peace process, which is now met with disinterest in Riyadh and Ankara. Of course, this would have been an outcome abhorred by Russia and the Assad regime—a problem solved by his assassination.

The Russians and Iranians are also not interested in a final solution that grants regional rivals Saudi Arabia, Turkey or Qatar significant influence in a post-war Syria. Public statements from Moscow and Tehran for regional cooperation to resolve the Syrian war ring hollow when their actions in Syria are intent on total victory with as little cooperation or compromise with other regional players as possible.

The past three months of international diplomacy to kick-start a new round of talks have also seen some of the most intense fighting in the nearly five-year war. Instead of confidence-building measures to build momentum for a political track, talk of a settlement has only motivated Russia, Iran and the Syrian regime to escalate the conflict and impose a facts-on-the-ground solution to the war. Direct Russian involvement has reinvigorated the Syrian army, which up until Russia’s intervention had been suffering low morale and desertions. It has also enabled the regime, backed by Iranian-trained militias and Hezbollah, to launch almost simultaneous offensives in the north, south, areas adjacent to the Lebanese border, and Aleppo. In the past week, regime forces, with Russian air support, captured two strategic towns at opposite ends of the country—Sheikh Maskin in the southern Daraa governorate, and Rabia in the northwestern Latakia province. It is a reach the regime has been unable to project militarily throughout the conflict.

Prior to Russia’s intervention, the regime’s military posture was largely defensive, intent on preserving what it considered ‘Syria core’—key urban centers and the central corridor to the coast. It was willing to cede territory in the east, and along the southern and northern border frontiers, simply because it no longer had the capability to regain them by force. Russia’s intervention has prompted a change in the regime’s posture from defensive to offensive, and the results thus far are sure to provide Assad with a high degree of confidence.

The Russian-backed regime offensives are not executed in disregard of the Geneva process. To the contrary, they are working in tandem: the military offensives and assassinations of key rebel leaders are designed to deny a viable alternative to Assad, or even a potential partner in a unity government that could challenge his leadership in any future election. The bickering over the opposition delegation for Geneva III is the ideal opposition the Russians wish to present—leaderless, aimless and weak. It all leads to the fulfilment of the regime’s and Russia’s strategy: a Syria divided between terrorist jihadists and the Assad regime. Such a portrayal leaves the West with no option but to legitimize the Assad regime in the fight against terror, and certify Russia as the primary power in Syria.

Sadly, the current political track being promoted by Russia, and endorsed by the United States, is being maneuvered to serve the regime’s priorities. It has for all intents and purposes precluded the possibility of substantive negotiations and real compromise that could lead to a sustainable political solution to the Syrian crisis. Geneva III will likely be a failed opportunity in a bitter war that looks set to continue for many years to come. As all parties have avowed publicly, but denied in their actions, there actually is no military solution to the Syrian conflict. Sooner or later, real political compromise will have to take place.