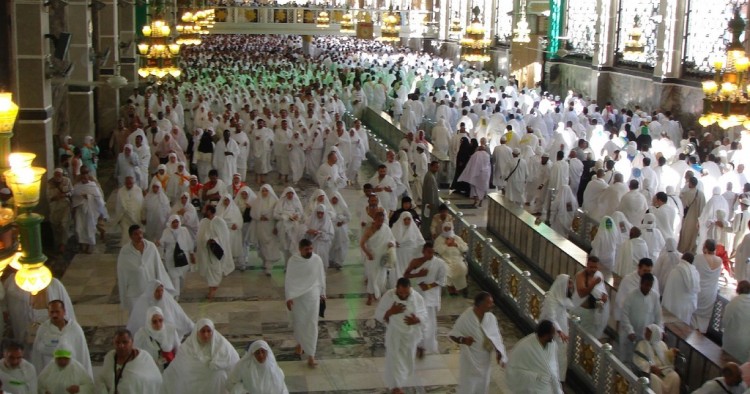 The siege of the Grand Mosque in November 1979 came on the heels of the Islamic Revolution in Iran. Juhayman al-‘Utaybi, the leader of the rebels, though, seemed not be very much inspired by what had happened next door. Whatever he may have noticed from Iran’s turmoil — and it might not have been too much because he never watched TV and rarely browsed newspapers — he deemed it to be irrelevant because Iranians were Shi‘ites, incorrigibly stuck in their heretic beliefs. It should, however, be noted that the 30-year period since the Al Saud faced the rebels in Mecca does correspond to the era in which it has had to deal with a revolutionary Islamic regime in its Shi‘a-Persian neighborhood. The parallel stretches further than timing: in much the same way as the seizure of the Grand Mosque can be seen as a crisis of credibility for the Saudi royal family’s role as the “legitimate protector of the holy sites, and Islam in general,” the Islamic Republic presented similar challenges to this role conception. Arguably both of these events — and subsequent incidents and discussions — prompted King Fahd to change his title into “Custodian of the Two Holy Sites of Mecca and Medina” some seven years later. But close observation of these two challenges (domestic and foreign) today reveal a fundamentally different image: while the latter is virtually non-existent, the former has proven much more persistent and particularly problematic for the House of Saud (Bin Ladin, al-Khobar in 1997, and the events of 2003/2004 to name but a few examples). While the development of domestic Islamist challenges will be covered elsewhere in this volume, our aim is to shed some light on why the Iranian revolutionary credo has not developed into a persistent attack on Saudi credibility.

While the Saudi leadership initially, and typical of its non-confrontational and consensual political style, congratulated Ayatollah Ruhollah Khomeini on his victory, it soon became evident that Saudi Arabia and Iran would be diametrically opposed during much of the 1980s. Khomeini labeled the Saudi regime as “puppets of the West” and “traitors to the cause of protection of the sanctuaries”, while Saudi labels for the regime in Tehran included “agents of Satan,” “a corrupt bunch of thieves” and “fascists.” The downward spiral between the Kingdom and Iran was remarkable in its political consequences: while such accusations often remain ideological, this time they resulted in Saudi Arabia supporting Iraq in its war against Iran (1980-1988), frequent confrontations regarding the hajj (culminating in the violent clashes of 1987), and the virtual absence of diplomatic relations during much of this period.

But following this turmoil, a degree of pragmatism slowly evolved, pushing Saudi-Iranian relations into greater engagement rather than confrontation. It often has been suggested that the thaw in the bilateral relationship was due to the policies of both former President Muhammad Khatami and King ‘Abdullah. In fact, however, the rapprochement was initiated many years earlier. Even before the death of Khomeini, many in the Iranian establishment, including Hashemi Rafsanjani, opted for regional rapprochement (also in light of post-war reconstruction). Meanwhile, the Saudis felt more threatened by the triumphalism of Saddam Husayn, especially after his invasion of Kuwait, than by an Iran in ruins.

But while hostilities faded away, relations failed to improve beyond a limited degree of cautious pragmatism. The most persistent and obvious reason for this is the fact that Saudi Arabia and Iran have diametrically opposed relations with the United States: being in different global political camps hardly helps in developing friendly, neighborly ties. But there are other reasons as well. Mounting economic problems and fierce competition within OPEC during much of the 1990s also contributed to this limitation. Some would point to sectarian differences — the fact that Saudi Arabia is Sunni and Iran is Shi‘a — though we question the impact of this because sectarianism and ideology mostly shape relations, but do not define them.

While, until now, the main factor influencing bilateral ties (relations with the US) has remained unchanged, there have been significant changes in Gulf affairs that influence Saudi-Iranian relations. First, of course, is the toppling of Saddam Husayn from power, which, at least for the near future, significantly altered the power balance in the Gulf. In this context, but also more generally speaking, the impact of “Sunni-Shi‘a rivalry” is again too often mentioned in analyses. It should be noted that since the launching of the war against Iraq in 2003, and in particular during Mahmud Ahmadinejad’s presidency, the Islamic Republic has pursued an explicitly nonsectarian public diplomacy toward Arab audiences. Looking at Iran’s two most prominent foreign policy issues, the Palestinian cause and confronting Washington’s hegemonic schemes in the region, there surely is nothing particularly “Shi‘a” about them. In this respect, one could even argue that Iran’s foreign policy is “Sunni.” Riyadh realizes this and acts accordingly by, at least sometimes, distancing itself from Washington, thereby trying to regain credibility in the vital fight against Tehran for Arab hearts and minds. Instead of focusing on so-called “sectarian” battles, it is relevant to notice that Iran and Saudi Arabia share a vested interest in a stable, unified, peaceful but not too strong Iraq and thus both still recognize the need of the earlier established bilateral pragmatism.

Another significant shift is in the economic realm. While Iran is still experiencing much the same economic difficulties as during the 1990s, Saudi Arabia has been able to develop a large industrial sector in mainly carbon-based fields such as petrochemicals and fertilizers. Furthermore, Saudi Arabia, unlike Iran, has proven able to attract large scale and long-term foreign investments for these sectors and is investing its petrodollar surpluses increasingly intra-regionally. While Iran is still in dire need of such investments, it has one particular commodity that it can offer to the Saudis: natural gas. Iran holds some 15.5% of the world’s proven reserves, but has particularly low production rates. It needs capital and expertise to boast this production. Riyadh, on the other hand, will increasingly experience a shortage of natural gas (unless large gas fields will be found in the Rub al-Khali, which at present seems unlikely), particularly for the above-mentioned development of its petrochemical sector. There is room for an economic quid pro quo: Saudi investments in return for natural-gas supplies.

It is unlikely that this economic “marriage” will be consummated any time soon. Counter-intuitively, however, what might bring it closer to fruition is a thawing of relations between Washington and Tehran. Saudi Arabia and the other Arab states realize that the United States needs Iran to play a constructive role in Iraq, Afghanistan, and the Arab-Israeli arena. More importantly, the nuclear dossier is high on the agenda, and needs to be tackled in an even-handed way. Instead of fearing an eventual US-Iranian strategic collusion, coming at the expense of Saudi Arabia, there are policy choices for Riyadh to mitigate the notion of a supposedly negative “fait accompli.”1 What we might envisage, after an American-Iranian rapprochement, is a new kind of triangle between the United States, Iran, and Saudi Arabia. This triangle — a more balanced and more harmonious one than in the recent past — would be predicated on the abandonment of the two-against-one logic that has persisted for so long. Saudi interests would best be served if those involved took all these considerations into account, both the positive and the negative. While it is easy to fear Iranian or even “Shi‘a dominance,” it is more fruitful to imagine what a less isolated Iran would look like and what the potential benefits of normalizing relations might be.